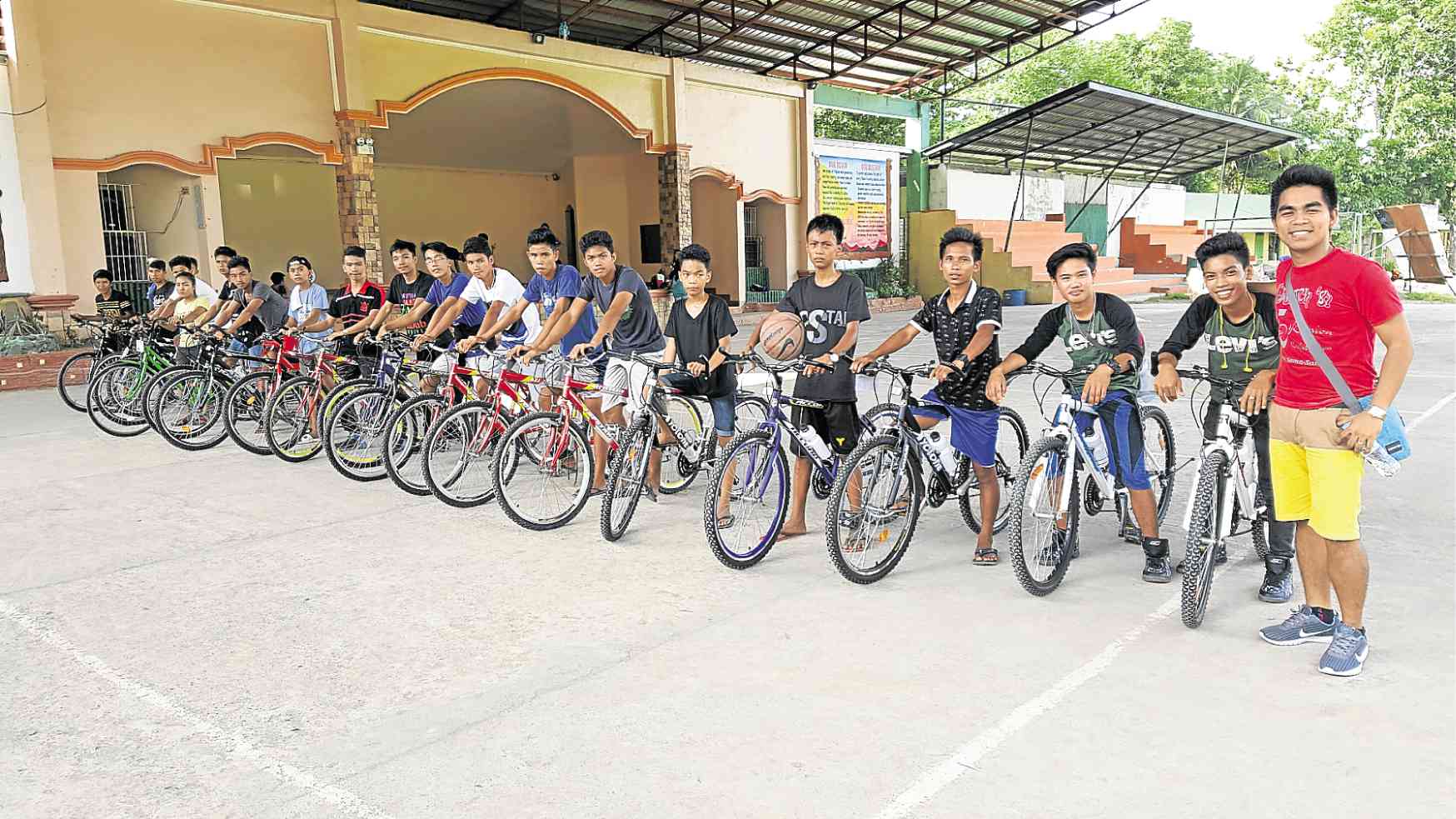 While happiness is technically defined by the dictionary as the “state of well-being and contentment,” a teacher from the town of Gumaca in Quezon province sees it more of a mind-set—that one can rise above the bleakest of situations, and, in effect, change others’ lives for the better.

It’s a definition we would do well to accept, as it comes from Zaldy Bueno, who was awarded this year’s “Happiest Pinoy” by Cebuana Lhuillier. He is the fourth Filipino to accept this honor, which comes with a cash prize that can turn any frown upside down—P1 million, tax-free.

The 37-year-old Bueno met the competition’s three main criteria perfectly: he has that “can-do” attitude; he was able to overcome poverty, because of his determination to finish his education degree; and he has made a significant impact on society, through his passion project, Padyak (Pidal Apakan Dunong Yayaman, Asenso’y Kakamtan). 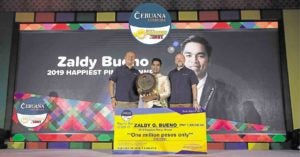 A colloquial term for bicycle, Padyak, which Bueno established in 2017, provides bikes to junior and senior high school students who lack the transportation they need to attend their classes.

A public school teacher, Bueno noticed some students were frequently absent in his class. He discovered this was due to their family’s lack of finances, which meant no daily fare for school.

“Back then, this was also one of my problems,” says Bueno, who adds that he and his two older siblings relied solely on their mother Myrna’s earnings as a laundrywoman. “When I became a teacher, I felt burdened seeing these kids go through the same thing. Absenteeism was a common problem, and, of course, the quality of their education suffered.”

Bueno sought help online, through a Facebook post of a photo of a bike, with a caption that read, it would be great to give bikes to students who can’t go to school because they have no fare for public transport.

The response to his post was overwhelming, Bueno says. Within the same day, someone had sent him a message, asking how they could make a donation. But instead of cash, Bueno says he asked for an actual bike; the donor generously obliged.

The initial target, Bueno says, was to collect 100 bikes in a month; he achieved that number in just seven days.

“I was answering messages till 3:00 in the morning—and I was crying tears of joy,” Bueno says.

Since then, Padyak has had over a hundred beneficiaries—some of whom have already graduated. The project’s policy is that bikes will only be loaned to students, and should be returned to the school once they graduate so that others can use them, too. Parents are also responsible for the bike’s maintenance while it is still being used by their kids.

The most rewarding aspect of Padyak, Bueno says, is how it turned around the attendance of beneficiaries—with some becoming recipients of the school’s perfect attendance award.

It is this project that cinched the win for Bueno, who bested 50 finalists (the initial number of applications was around 800,000), says Mary Princess del Rosario, P.J. Lhuillier Group of Companies communications officer for external publications. For this year’s competition, Del Rosario says they tweaked the mechanics by dividing entries into 10 categories—Youth, Senior Citizen, PWD (persons with disabilities), Manggagawang Pinoy, Professional, Lingkod Bayan, OFW (overseas Filipino worker), Entrepreneur, Employee and LGBTQ—to make it more diverse and inclusive.

Each category had a winner, who were also awarded P50,000 each. Bueno is also the winner of the Professional category.

Like the other awardees, Bueno’s story is that of resilience: Having grown up with limited financial resources, he strived to finish his education, largely with the help of his mom.

His family even survived living inside a barangay health center, a situation they were forced into for around six months because they lost their entire home to Typhoon “Rosing” in 1995.

College was also a struggle for Bueno, as he had to work almost every other semester to pay for tuition. It took him six years, but now, his hard work has paid off—Bueno now serves as head teacher of the English department at the Gumaca National High School, and he runs a catering business with his wife, Ana Liza.

Bueno will split his winnings three-way: a portion will be for a trip to Singapore with his family, which is Bueno’s way of thanking his mom for all her support, and a treat for his seven-year-old son, Markyl Daniel; some of the money will be used to purchase a vehicle to transport things for their catering business; and the rest will go to the continuous improvement of Padyak.

“I never dreamt this simple initiative would one day be the reason for such a big blessing,” Bueno says of his Happiest Pinoy win. “I’ve always believed that happiness is also a shared experience. We can’t be happy when we see others suffering.”

Read Next
‘Laba’ Day: There’s now an app for your laundry needs
EDITORS' PICK
4 Ways Jollibee’s new store will serve a leveled-up kind of joy to Filipinos in the South
In appreciation: Kobe Bryant, a life defined by hard work
DOH warns vs eating raw meat, exotic animals amid coronavirus outbreak
‘House of Kobe’ launched in Valenzuela City hours before hoops star’s death
SM continues to send relief assistance to remote towns in Batangas
Get exciting deals and discounts when you download the new McDonald’s App
MOST READ
College baseball coach, wife and daughter die in crash that killed Kobe
Kobe Bryant’s daughter Gianna also killed in crash
Kobe Bryant’s helicopter flew in fog that grounded other choppers
Hunt out for man caught ‘defecating’ in Intramuros
Don't miss out on the latest news and information.