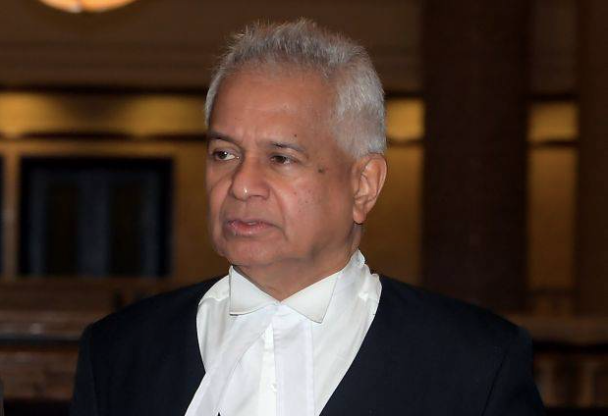 Attorney-General Tommy Thomas said the new charges were filed on Friday (Aug. 9) under Section 367(1) and 179 of the Capital Markets and Services Act 2007 Thomas said the fresh charges were in relation to charges filed last December against the three Goldman Sachs subsidiaries and their key employees — Tim Leissner and Roger Ng, as well as 1MDB ex-general counsel Jasmine Loo Ai Swan and fugitive businessman Low Taek Jho.

Thomas said the charges were filed on Dec. 17 and 19, “for perpetrating a scheme to defraud the Government of Malaysia and the purchaser of three bonds with a face value of US$6.5 billion, which were underwritten and arranged by Goldman Sachs, and issued by subsidiaries of 1MDB, by way of the commission and abetment of false or misleading statements to dishonestly misappropriate billions from the bond proceeds.”

“The accused were directors of these three Goldman Sachs subsidiaries between May 2012 and March 2013, the period during which acts giving rise to the Section 179 charges against their companies took place.

“They occupied the highest executive positions in those the Goldman Sachs subsidiaries, and exercised or ought to have exercised decision-making authority over the transactions of those bodies corporate,” Thomas said in a statement Friday.

Thomas said that custodial sentences and criminal fines will be sought against the accused for charges under Section 367, given the severity of the scheme to defraud and fraudulent misappropriation of billions in bond proceeds.

He also added that among the other factors were the lengthy period over which the offenses were planned and executed, the number of Goldman Sachs subsidiaries, officers and employees involved and the relative value of fees and commissions paid to Goldman Sachs for their multiple roles played in arranging, structuring, underwriting and selling the three bonds.

On Dec 17, the government filed criminal charges against three subsidiaries of Goldman Sachs Inc over their handling of bonds totalling US$6.5 billion (RM27.2bil) issued by 1MDB.

This was the first time a country has filed criminal charges against the US investment banking giant itself.It was reported that Goldman Sachs made US$600 million (RM2.5bil) in fees for handling the bonds related to 1MDB. /jpv

ADVERTISEMENT
Read Next
Growth forecasts for 2019 cut
EDITORS' PICK
Robredo spox thanks Duterte for defending VP’s efforts vs COVID-19
10 Filipinos positive for COVID-19 in UK, 7 in Ireland — envoy
IATF to LGUs: Issue ordinances vs attacks on frontliners, COVID-19 patients
Nograles: Cabinet members to donate 75% of monthly salary to aid COVID-19 fight
Quick chat with Nicole Andersson: ‘You really don’t need much to be happy’
Diokno to Duterte: OK to make fun of buck tooth, but focus on people’s needs first
MOST READ
Sotto on Isko Moreno’s call: We do our job without the media following our every move
ADB warns PH against prolonged lockdown
Cook more and eat less: Tips on your quarantine diet
Cayetano: Almost 200 solons to donate 1 month salary to raise P50M for COVID-19 fight
Don't miss out on the latest news and information.

Cook more and eat less: Tips on your quarantine diet