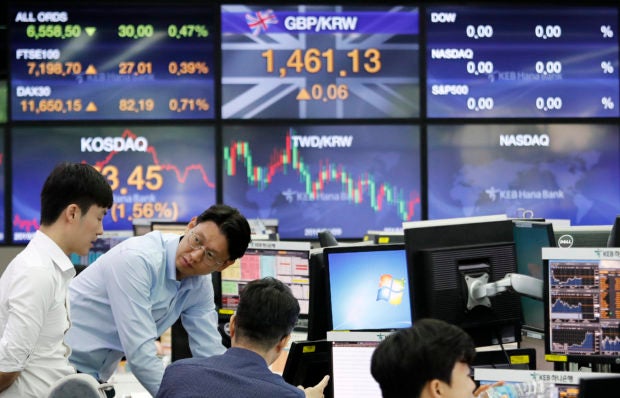 Market benchmarks in Shanghai, Tokyo and Hong Kong all advanced, recovering some of their losses following three days of anxiety over the decline of China’s yuan against the dollar.

Investors were rattled Wednesday by a wave of interest rate cuts by central banks in India, Thailand and New Zealand. That adds to rate cuts since May in Australia, South Korea and the Philippines in response to fear U.S.-Chinese trade tension will dent global economic growth.

Last week, President Donald Trump rattled markets when he promised to impose 10% tariffs on Sept. 1 on all Chinese imports that haven’t already been hit with tariffs of 25%. China struck back on Monday, allowing its yuan to weaken against the U.S. dollar.

The yuan fell further Tuesday and Wednesday, but investors were encouraged by Chinese central bank promises the decline wouldn’t continue and the exchange rate would be kept stable.

On Thursday, the yuan strengthened slightly to 7.0460 to the dollar from 7.0597 late Wednesday. But it stayed below the politically sensitive level of seven to the U.S. currency that it broke through on Monday.