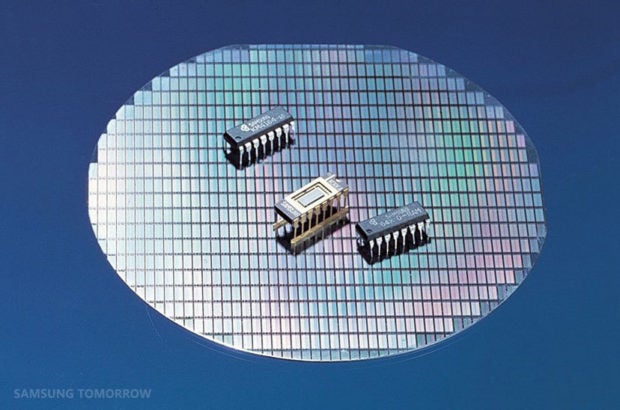 SEOUL — Chinese and Taiwanese tech companies are sensing an opportunity to grab higher global market share in the semiconductor, display and battery sectors amid the latest trade feud between South Korea and Japan, according to sources on Aug 5.

The display firm owned by tech giant Samsung Electronics is currently the sole supplier of OLED panels for Apple’s iPhone. The world’s largest mobile OLED display firm is considered one of the Korean companies that could fall victim to Japan’s curbs on chemicals and parts needed in producing semiconductors and displays.

The exports of three types of chemicals — photoresists, hydrogen fluoride and fluorine polyimide, which are necessary in manufacturing chips and displays — are currently being restricted by the Japanese government.

Fortunately, the restrictions do not currently affect Samsung Display as the three products are not being used in its manufacturing processes for flagship mobile OLED panels, the firm explained.

“Although the regulations have no direct impact on Samsung Display, we will keep a close eye on developments,” a company representative said.

Regarding semiconductors, Chinese chipmakers are trying to beef up investments to catch up with their Korean rivals. The Beijing government has been for years seeking to independently manufacture memory chips.

Taiwanese foundry firm TSMC is planning to hire 3,000 engineers and researchers and invest $11 billion to develop manufacturing technologies for 7-nanometer and 5-nm chips.

SK hynix, on the other hand, has shelved its plans to add additional manufacturing lines at M15 and M16 due partly to Japan’s curbs on chemical products for memory chips. Samsung previously said it has no plans to build new lines due to the uncertainties arising from the trade spat.

Concerns are rising among domestic electric vehicle battery makers too.

LG Chem and SK Innovation rely heavily on pouch films and separators imported from Japan. The components are essential in rolling out pouch-type batteries that power EVs. CATL, a Chinese EV battery firm, is forecast to speed up its pace to expand partnerships in Europe, grabbing market share from the two Korean firms.

“If the Korean firms suffer from parts shortage, the European carmakers could look for new suppliers,” an industry official said.