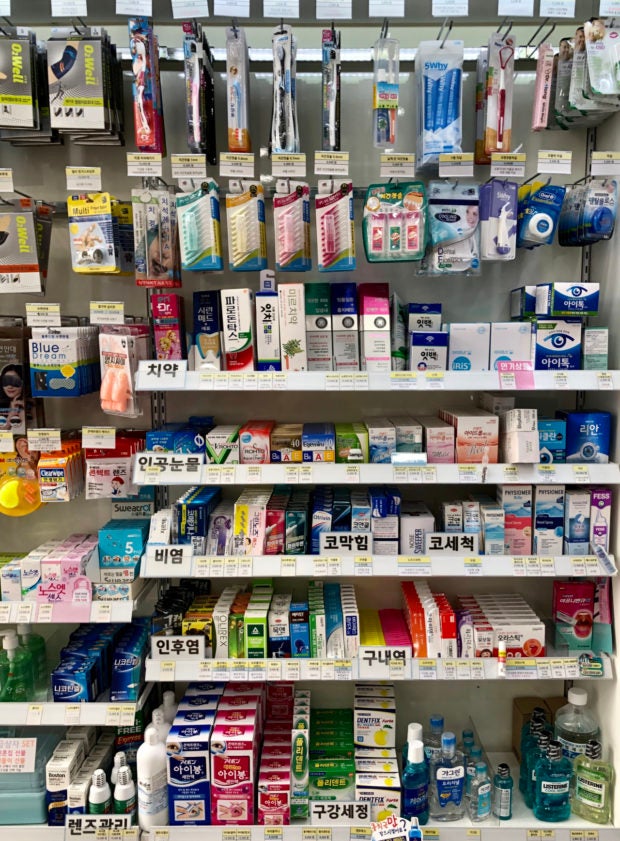 Japan in early July announced its intention to strike Korea from a whitelist of trade partners, in an apparent response to the Supreme Court’s ruling that ordered Japanese firms to compensate Korean victims of wartime forced labor.

North Jeolla Province’s pharmacist association announced on July 18 that it urged all members to refrain from selling Japanese manufactured drugs in light of the developing trade dispute. The association in South Gyeongsang Province followed suit the next day, calling on Japan to end its vindictive trade restrictions and at the same time urging its members to even cut down on personal trips to Japan. Pharmacists in Busan called for a direct apology from Japanese Prime Minister Shinzo Abe to the Korean victims of wartime sexual slavery and forced labor.

“To deliver this sentiment to Japan, centering on younger pharmacists aged between late 30s to early 40s, we have decided to encourage a voluntary boycott against Japanese products,” Seo said. Some 1,300 pharmacists are members of the North Jeolla Province division.

“There usually is a homegrown product that can substitute for a Japanese OTC drug. We are compiling a relevant list so that when a member pharmacist asks what alternative he or she can give a patient, we can offer immediate help,” Choi said. As pharmaceuticals are treated as public goods, the boycott is carried out within the legally permitted boundaries, Choi added. Some 2,000 pharmacists are part of the South Gyeongsang Province division.

The anti-Japanese movement has yet to really catch on in Seoul, however, as many on Monday still placed Japanese imported tear solutions, dental products and pain relief products on front shelves.

A pharmacist operating in Seodamun-gu, Seoul, told The Korea Herald that she hardly feels any impact of the trade rift with Japan as her sales are mostly of prescribed medicines and not OTCs.

“We sell what the doctors prescribe, for which we don’t get to decide if they should be Japanese or Korean (medicines),” said a pharmacist, who preferred not to be named. Her OTC product shelves highlighted Japanese items as foreign imported goods with higher price tags.

Drugs that require a doctor’s prescription have so far been largely untouched by the trade dispute.

“When it comes to patient health care, it isn’t easy to change prescriptions due to political disputes,” said a Korean Medical Association representative.

An industry insider with knowledge of the matter said that the decision, in the end, rests with the consumers.

“The Japanese medicines that are popular in Korea only became so after social media influencers introduced them as must-have souvenirs,” he said, explaining the buying power of patient preference over pharmacists’ control over the market.

“Also, an association cannot force individual pharmacists to follow its movement,” he added.