TOKYO – Asian shares were mostly lower Wednesday as investors looked cautiously ahead to a key policy update from the U.S. Federal Reserve later in the day. 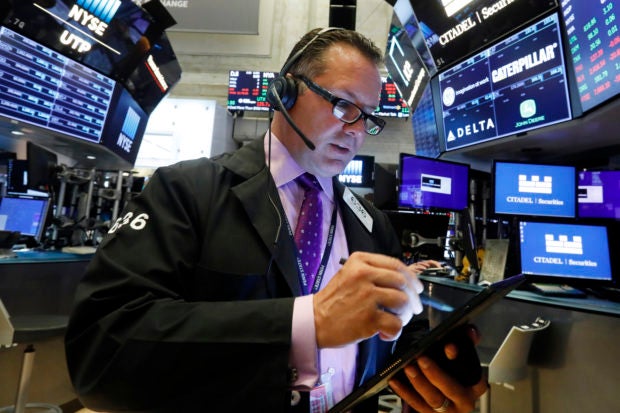 The Fed is widely expected to cut its benchmark interest rate for the first time in a decade. The Fed has decided that a rate cut now — and possibly one or more additional cuts to follow — could help inoculate the economy against a potential downturn.

“It’s Fed day and I honestly can’t bring myself to repeat what was already said on Monday and Tuesday other than ‘Yes, the Fed will cut but it won’t be enough,’ ” according to RaboResearch.

The lingering trade war between the U.S. and China has been cutting into U.S. corporate profit for some industries all year and has investors concerned that it will continue to crimp business investment and growth. Delegates from the U.S. and China are meeting in Shanghai this week in the latest round of negotiations, months after the trade spat escalated with more tariffs.

President Donald Trump ramped up criticism of Beijing just as the new round of talks began Tuesday. In a series of tweets, Trump claimed China is trying to hold off on an agreement until after the next U.S. elections. Trump threatened to get “much tougher” with China on trade if he is reelected in 2020.

North Korea fired two short-range ballistic missiles off its east coast Wednesday, South Korea’s military said, its second weapons test in less than a week. North Korea is angry over planned U.S.-South Korean military drills and may be trying to boost pressure on the United States to win concessions as the rivals struggle to set up talks over the North’s nuclear weapons.