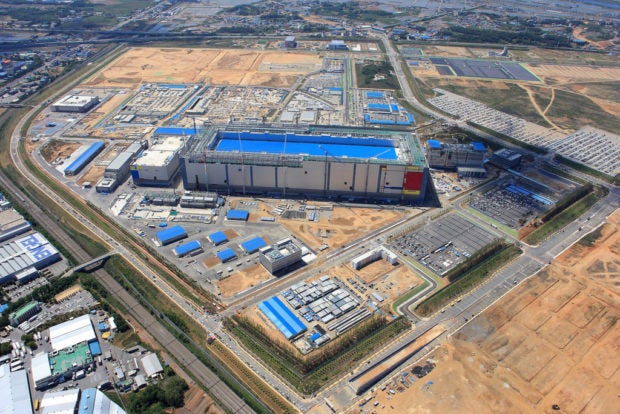 SEOUL — Samsung has denied it plans to cut production, but market analysts say the chip giant will slowly reduce its output of memory chips. This may sound negative to Samsung’s operations, but cutting down production would help shore up sagging prices in the memory segment.

Peter Chan, a semiconductor analyst at CSG-CIMB, said Samsung Electronics cutting down the memory production is possible, considering the high level of inventory in the market, and also because by making the decision the company could slow its consumption of chemicals that are subjected to Japan’s export restrictions.

“Unlike SK hynix, Samsung Electronics may not necessarily need to make an announcement if it cuts production unless such decision may result in significant miss from its guidance and/or the consensus expectation,” Chan said. “Bear in mind that it has a large variety of businesses other than chips, and possibly the shortfall may be made up by other revenue streams.”

With regards to SK hynix’s decision to cut DRAM production, Kim Kyung-min, an analyst at Hana Financial Investment, said, “The production cut would help normalize inventory levels and improve the balance between supply and demand.”

The memory semiconductor industry has experienced price falls since the fourth quarter of last year, amid delayed investments by data center companies.

As of the first quarter of 2019, Samsung kept its position as the world’s top memory provider with market share of 42.7 percent, while SK hynix retained the second-biggest player position with a 29.9 percent share, according to market researcher DRAM eXchange.

Samsung officially said the company is not planning to “artificially” cut production.

However, the tech giant said adjustments are underway in the total volume of memory chip output, as the company is undergoing line optimization processes.

“The company has been realigning some of the major memory lines for optimization by reinstalling some equipment. There are some losses in terms of total production volume, which can be translated to a natural reduction in production,” said a Samsung official. “Other than that, there won’t be an official announcement to scale back production.”

Samsung is scheduled to announce its second-quarter earnings Wednesday.

The company has said it would post 56 trillion won ($47 billion) in sales and 6.5 trillion won in operating profit for the April to June period. The figures are down 4.24 percent and 56.29 percent respectively from a year earlier.

The main reason for the Korean chipmakers’ decreased earnings is the downward trend in memory prices.

The price started picking up this month after Japan announced restrictions on exports to Korea of key materials for chipmaking, which is widely seen as part of the Japanese government’s economic retaliation against the Korean Supreme Court’s ruling on compensation for wartime forced laborers.

“SK hynix’s production cut announcement does have a positive impact on the market, in terms of supply and demand,” said Do Hyun-woo, an analyst at NH Investment & Securities. “As the chipmakers scale back their production, the level of inventories would decline, naturally leading to price increases.”