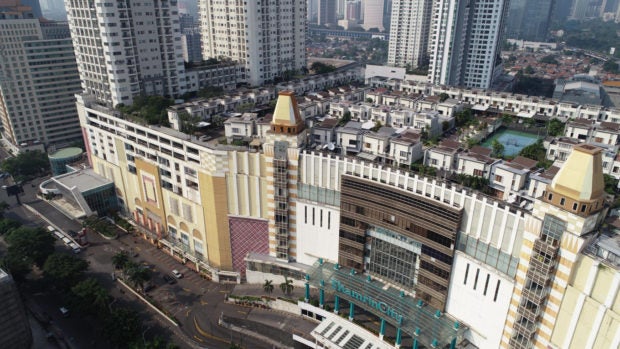 Senior executives of the Chinese companies met with Coordinating Maritime Affairs Minister Luhut Pandjaitan at his office in Jakarta on Tuesday. During the meeting the Chinese businesspeople expressed their intention to expand their businesses in the country’s growing property sector.

“They want to invest, so they came here,” Luhut was quoted as saying by tempo.com following the meeting with the Chinese businesspeople.

Luhut said no details of the investment plans had been discussed during the meeting, but CFLD’s executive had expressed a strong commitment to invest in the country, Luhut said.

CFLD has been involved in a number of property projects in the country since 2016, with total investment of about Rp 19 trillion (US$1.35 billion). The company’s existing projects include the Lavon Swancity residential area in Tangerang and the Karawang New Industry industrial estates in West Java.

Luhut said CFLD, one of the most experienced property developers in China, had teamed up with a number of other Chinese companies in running its business in Indonesia.

The Indonesian government has issued a series of economic policy packages to attract foreign investment, which recently showed signs of declining amid a global economic slowdown. The Investment Coordinating Board (BKPM) has, for example, introduced an online single submission system (OSS) – an integrated government licensing service – to speed up the licensing process.

According to BKPM data, realized foreign investment declined by 0.9 percent to Rp 107.9 trillion in the first quarter of this year. During that period, Singapore was the largest foreign investor with investment of $1.7 billion, followed by mainland China with $1.2 billion, Japan with $1.1 billion, Malaysia with $0.7 billion and Hong Kong with 0.6 billion.