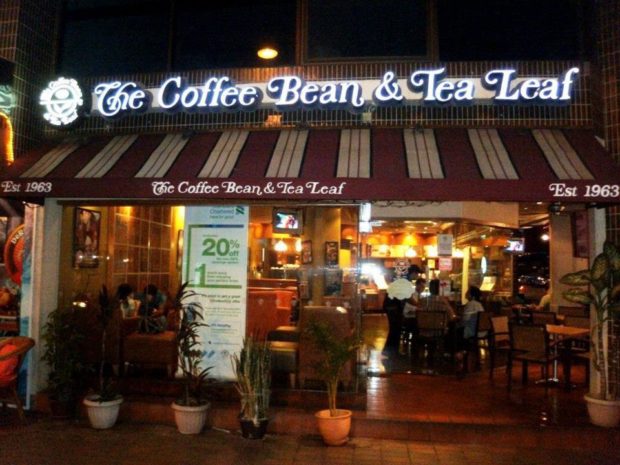 The total consideration for this acquisition is $350 million on a debt-free basis but Jollibee’s net investment is estimated at $100 million, the company disclosed to the Philippine Stock Exchange on Wednesday.

This holding company plans to issue within six to nine months preferred shares of at least $250 million, which will be used to repay Jollibee’s advances.

Members of the family that owns Viet Thai International Joint Stock Company (VTI), JFC’s partner in the Superfoods Group of business which owns and operates Highlands Coffee and Pho 24 with business mainly in Vietnam, will subscribe to the capital of the new holding company with an equity share of 20 percent. The holding company is planned for initial public offering in three to five years.

Shares of JFC – the most actively traded company at the stock market on Wednesday -declined by 7.99 percent on concerns that the CBTL acquisition will constrain its earnings moving forward.

“Market noticed that CBTL posted a $21-million loss in 2018, so the initial euphoria of the news died down. Wait-and-see attitude prevails, waiting for JFC to prove they can turn the company around,” said Eagle Equities president Joseph Roxas

CBTL, which is based in Los Angeles, California, will be consolidated into JFC’s financial statements immediately upon acquisition.

“The acquisition of The Coffee Bean & Tea Leaf® brand will be JFC’s largest and most multinational so far with business presence in 27 countries,” Jollibee chairman Tony Tan Caktiong said.

“This will add 14 percent to its global system-wide sales, 26 percent to its total store network, will bring international business’ contribution to 36 percent of worldwide sales and will bring JFC closer to its vision to be one of the top five restaurant companies in the world in terms of market capitalization,” said Caktiong.

“Combined with Highlands Coffee, with business mostly in Vietnam, this acquisition will enable JFC to become an important player in the large, fast-growing and profitable coffee business. CBTL will be JFC’s second-largest business after Jollibee brand while coffee business will account for 14 percent of JFC’s worldwide system sales,” he said.

“Our priority is to accelerate the growth of The Coffee Bean and Tea Leaf® brand particularly in Asia, by strengthening its brand development, marketing and franchise support system,” Caktiong added.

JFC is buying CBTL from International Coffee & Tea, LLC whose major shareholders are Advent Coffee Holdings Corp., Alexandria II Corp., CBTL Holdings Corp., The Sassoon Group LLC and ICT Incentive Holdings LLC.
Founded in 1963, CBTL had 1,189 outlets at end-2018. Of these, there were 336 company-owned stores while franchised outlets stood at 853. In the Philippines alone, CBTL has 139 outlets. In the US, it has 284 outlets.
In the whole of Southeast Asia, CBTL has 447 outlets.  It has 101 outlets in Indonesia, 99 in Malaysia and 61 in Singapore. There are 336 CBTL outlets in other Asian countries, including 292 in South Korea 292. There are 122 outlets in other regions, such as 36 in Kuwait, 28 in Qatar 28 and 27 in India.
CBTL booked $313 million in total revenue in 2018 while total cash flow as measured by earnings before interest, taxes, depreciation and amortization was $23.7 million.
This coffee shop uses hand-roasted coffee beans and hand-blended teas from farms in various countries like Costa Rica, Colombia, Kenya, Indonesia, Jamaica, Thailand and Sri- Lanka. It also sells a variety of whole bean coffees, whole leaf teas, flavored powders and baked food./gsg