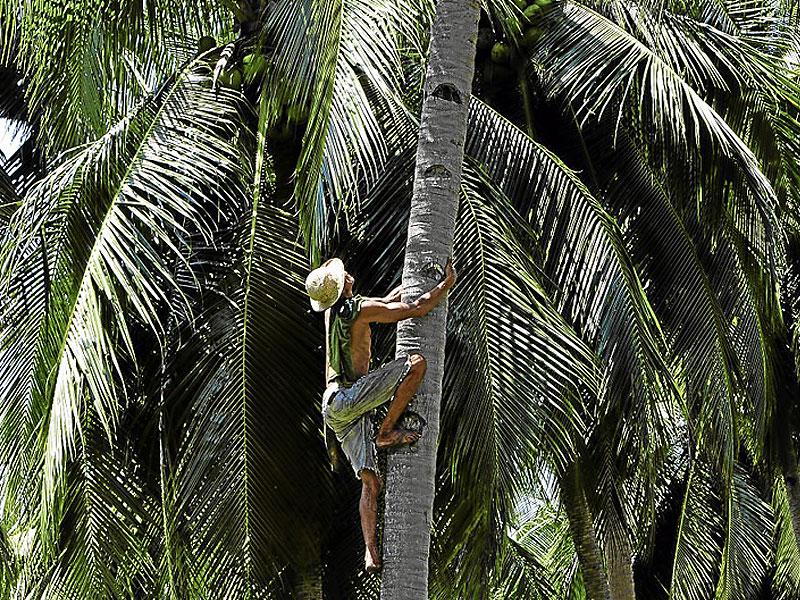 MANILA, Philippines–Despite the prodding of President Rodrigo Duterte to both chambers of Congress to renew efforts to pass the coconut levy trust fund bill, industry stakeholders remain cynical of the administration’s efforts to bring the money to those who need it the most – the small coconut farmers.

During the President’s fourth State of the Nation Address (Sona) on Monday, the executive urged the House and the Senate for the “urgent legislation of the coco levy fund” to uplift the lives of coconut farmers and develop the downtrodden industry.

Since last year, the buying price of copra has been on a downward trend following a global supply glut. It has plunged by almost 60 percent from its rates in 2017, and the government continues to find ways to aid coconut farmers survive through the crisis.

Duterte said he is looking for an “honest man” who could administer the P100-billion trust fund he described as “sacred money,” which could also explain why he vetoed the bill in February.

He added that the fund was “taken out of the pockets of Filipinos arbitrarily” because of the imposed martial rule during the period, and reinstated that of the money, only P5 billion should be used to improve the industry while the rest should be put into a trust fund.

For Joey Faustino, leader of the Coconut Industry Reform Movement, the President’s pronouncements still give no assurance that the bill would be legislated.

“He also talked about the bill during the third Sona, although with less emphasis. And yet Congress watered down and mangled the bill. The sector will have to deal with both houses of the Congress again. So Duterte’s fourth Sona can be made to start the process again but can be no assurance in Congress,” he said.

“If a coco levy bill would be passed, it would be a law with almost no participation from the farmers. It’s possible that they would finally pass the measure, but only so politicians could use the money for politics… What he said about the bill were only fluff,” Kilusang Magbubukid ng Pilipinas general secretary Danny Carranza said.

Duterte, during his presidential campaign, went to Quezon Province with his running mate and now House Speaker Alan Peter Cayetano to promise the coconut farmers that the coco levy bill will be passed in 100 days if he would be elected as President – a landmark legislation that has already gathered dust in Congress for almost 47 years.

“There was no commitment from the President’s speech. There was no urgency to bring the fund to the farmers… What we need right now is the utilization and the disposition of levy funds and assets for the direct benefit of the farmers,” vice-chair for Centro Saka Inc. Omi Royandoyan said.

Maribel Luzara, president of Kilusang Magbubukid ng Bondoc Peninsula, said she only wanted to hear one thing from the President.

“We want the distribution of the coco levy funds. The price of copra has now hit P10 a kilo in our province… I voted for him because of his promise, but I don’t want to support him anymore,” she said. /jpv