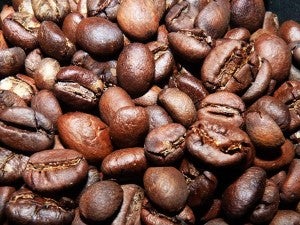 EXOTIC BEANS In New York, one coffee shop sells the civet beans at a staggering $340 a pound ($748 a kilogram). Gatherers in the Philippines sell them for as low as P1,200 per kilogram. PHOTOGRAPH FROM CIVETCOFFEEPHILIPPINES.COM

LIPA, Philippines—Philippine farmers used to hunt and kill the civets that ate their coffee beans – until they realized the animals’ droppings were worth a small fortune.

Now the ravenous nocturnal raider with the pungent feces has a status akin to the fabled goose that lays the golden eggs among farmers like Rustico Montenegro, who cleans up after the weasel-like mammals.

“Never in our dreams did we suspect that we could make money out of them,” said Montenegro, 44, who switched a few years ago from picking ripe cherries on coffee trees to gathering the undigested seeds excreted on the forest floor.

The small, tree-dwelling palm civet eats the outer fruit of the coffee bean but passes the rest through its stomach.

It is there that the enzymes and acids in the civet’s hyper-active digestive system remove the normally bitter aftertaste of the coffee bean and give it a distinctive fruity aroma.

“It has no acidity whatsoever, very full-bodied and the taste is very complex… there’s a little bit of spice, a little bit of fruitiness,” said chef Jude Mancuya, a civet coffee fan, as he sipped on a cup at a Manila cafe.

Mancuya paid 295 pesos (about $7) for his cup, which is about double the price of a regular brew in Manila but extremely cheap compared with prices people are paying for civet coffee in the West as its popularity booms.

In the United States, Heirloom Coffee in Massachusetts advertises on its website a brewing and tasting deal at $49 for two cups, with a choice of civet beans from the Philippines, Indonesia or Vietnam.

For Montenegro and other farmers in Lipa, the capital of the Philippines’ coffee industry a couple of hours’ drive out of Manila, the civet coffee craze has changed their lives.

Montenegro said he and his wife collected up to eight kilograms (17.6 pounds) a day of beans in the peak season between March and May, washing them in natural springs.

At 1,200 pesos a kilogram, five times the price for ordinary beans, the couple easily clear 9,600 pesos ($230) a day in the peak season, a fortune in a country where a quarter of the population live on a dollar a day.

The palm civets switch to eating wild fruits as well as cultivated papayas and bananas when coffee trees are not fruiting, however.

Then the Montenegros’ income plunges to roughly 500 pesos a week, when they just sell vegetables and whatever fruits the wild animals have not filched.

Montenegro sells his beans to Vie and Basil Reyes, traders who became interested in civet coffee in 2004 and are now the Philippines’ largest exporters of the product.

Vie Reyes said she stumbled on the exotic brew while working on a project to save the sugar palm tree, the favorite abode of the civet that also drinks the sugary sap from its flower stems.

Her company, Bote Central, processes the sap into boutique vinegar and exports it to Belgium, but the coffee is now her most important product.

Bote Central has grown to have an annual civet coffee output of about three tons, which it exports across Asia and to the United States. South Korea and Taiwan are among the company’s largest foreign markets.

Montenegro and Reyes belong to a cooperative that aims to protect the civets, amid a growing trend among farmers and producers to place the animals in cages in a bid to increase harvests.

“I feel bad about it because we sort of opened a Pandora’s box wherein people think it’s all about money,” Reyes said.

She estimated that 80 percent of civet coffee in the Philippines was now produced using caged animals, and said there were similar problems in Indonesia.