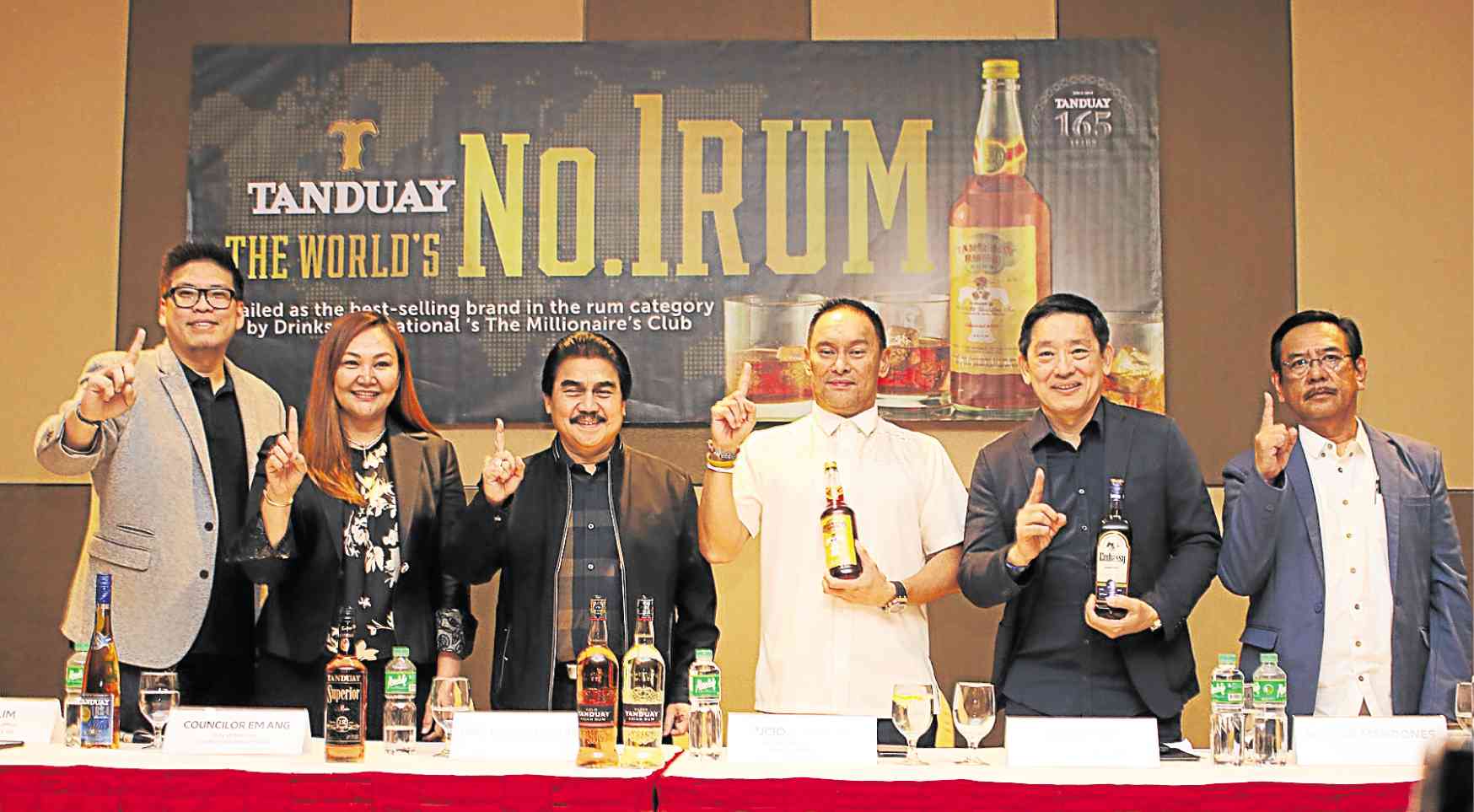 Spirits drinkers around the world are thirsty for variety, new twists to old favorites.

That hankering for something novel and imaginative has contributed to making Tanduay, a product of the Lucio Tan group of companies, the world’s top rum brand.

According to the latest report released by Drinks International, Tanduay is the world’s rum industry leader for the second straight year, beating erstwhile perennial leaders Bacardi, Captain Morgan and McDowell’s of Diageo, thus a fitting recognition to mark the brand’s 165th anniversary, according to Lucio Tan Jr., president and chief operating officer of Tanduay Distillers Inc.

“This is a milestone not just for Tanduay, but for the Philippines as well. This shows that the Filipino craftsmanship is truly world-class,” Tan said.

Drinks International, a global spirits market think tank, said in its latest ranking of brands that sell at least a million nine-liter cases a year that “the two-horse race between Bacardi and Tanduay seems to be a thing of the past” with Tanduay selling an additional three million cases of Tanduay rum in 2019.

It also noted that Tanduay and the other major players in the rum category “do seem to be in a more powerful state than they were 12 months ago.”

“We are reaping the fruits of our hard work. We have once again maintained our stature as the world’s number one brand,” Tan said in a statement.

The growing preference for rum has prompted Tanduay to ramp up exports to the United States and Europe and in more parts in Asia, backed up by a number of high-profile marketing initiatives.

Tanduay, for example, has renewed its partnership with the Golden State Warriors and maintained the naming rights to the Tanduay Club Room.

It was also a cosponsor of the Emmy Awards and was featured in such events as a James Beard house dinner and a private event with rapper Cardi B.

“The market is ripe with a rising demand for premium brands and the growing popularity of the cocktail culture.  Both trends are driving rum sales globally,” Tanduay marketing officer Paul Lim said.

Thus, Tanduay has increased its market presence abroad by expanding its distribution networks in the United States, Europe, the Middle East and in Asia, starting with a distribution deal for Singapore this month.

In the large US market, Lim reported that Tanduay’s sales volume more than doubled in the first half of last year from the same period in 2017, with Tanduay Gold and Silver rums now distributed in California, New York, Florida and Chicago.

Lim said that Tanduay had been well received by the US market, with Tanduay Silver Rum judged “Best White Rum” in April 2018 during the San Francisco World Spirits Competition, earning for it a double gold medal. This was followed by gold and silver awards by Chicago-based Beverage Testing Institute, which gave Tanduay Rum Gold an “exceptional” rating.

The Tanduay Double Rum, which blends 16 and 5-year-old rums for two more years, meanwhile, received a gold medal from the Wine and Spirits Wholesalers of America and a silver in the San Francisco World Spirits Competition.

“All our marketing efforts have been punctuated by a fourth consecutive Brand of the Year Award under the Spirits category from the World Branding Forum,” Lim said. “The accolades Tanduay continues to receive are affirmations of our rum’s stature as a global brand and the world-class quality of our craftsmanship in liquor making.”

The new mandate is to remain on top, Tan said, but he is confident that the people behind Tanduay are more than ready to rise to the challenge.