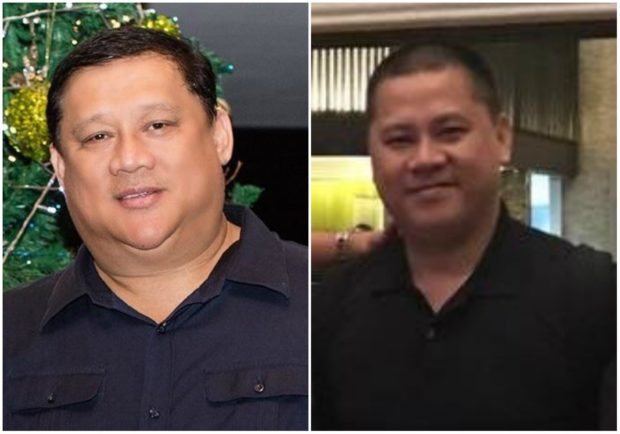 Bacolod City—“In this fight, Leo Rey is right and his brothers and sisters who did this are wrong.”

Thus declared family matriarch Olivia Villaflores Yanson, 85, in an interview with the Inquirer over the weekend about the boardroom coup—called on short notice on a Sunday, July 7,—engineered by four of her children to unseat Leo Rey Yanson, the president of Negros Island-based Vallacar Transit Inc.

Few people outside the province have heard of Vallacar Transit, but its flagship brand, Ceres Bus Lines, is known nationwide. Together with other bus firms around the country, the family’s Yanson Group of Bus of Companies is the country’s biggest operator of buses annually carrying millions of passengers around Luzon, Visayas and Mindanao.

With a mixture of defiant anger and sadness, Olivia, or “OVY” to her friends and employees, tells of how she and her late husband, Ricardo Yanson Sr., built the transportation empire from a single 14-seater jeepney operation in the 1960s.

What they did against [Leo Rey] was bad,” she said, shaking her head, while serving Sunday lunch to her guests and company employees holding temporary office at the unfinished house of the 45-year-old Leo Rey, the youngest of the six Yanson siblings, in the city’s exclusive Ayala North Point village.

“How could they say they own this company? All the stock certificates are with me. I’ll show you,” she said, immediately ordering her assistant to retrieve from their nearby residence volumes upon volumes of documents detailing the history of the family and the firm as well as various officials documents and correspondences.

While the company and its Ceres brand were already household names when Leo Rey was given its helm by his father in 2007, Olivia stressed that it was her youngest son who built the company into the transportation behemoth that it is today.

But the boardroom coup executed swiftly two Sundays ago helped four older Yanson siblings take physical control of the company’s headquarters in Bacolod City, and with it, access to the computer systems vital to the operation of the firm’s buses and its operations in dealing with banks.

The sprawling facility is now secured by armed guards loyal to the new group.

Leo Rey, who assailed the takeover as illegal, was replaced as company president by his eldest brother, Roy, who also led the coup along with their other siblings Lourdes Celina Yanson-Lopez, Emily Yanson and Ricardo Yanson Jr.

The surprise move is being opposed by Leo Rey, his sister Ginnette Yanson-Dumancas and the family matriarch.

In Bacolod City, meanwhile, no amicable settlement was reached Monday afternoon in the feud among members of the Yanson family.

This prompted Judge Eduardo Sayson of the Regional Trial Court Branch 53 to set the initial hearing of the case filed by Leo Rey to stop his siblings’ takeover on July 26.

The camp of Leo Rey is represented by lawyer Norman Golez, while his four siblings have hired lawyers led by Philip Sigfrid Fortun.

At the end of the 15-minute hearing, the judge asked to meet with the Yanson family at his office without their lawyers in what was speculated to be an attempt to settle their differences amicably.

However, when Roy, Ricardo Jr., Celina and Emily entered the judge’s office, their mother, Olivia, who was at the hearing, refused to join them. Olivia was later joined by Leo Rey and Ginnette and met with the judge after the four others had left.

A cursory examination of the Yanson Group’s business empire reveals the substantial gains that were made under the 12-year stewardship of Leo Rey.

From 1,600 buses in 2006, the group now operates close to 4,000 units distributed among various bus lines around the country, but mostly in the Visayas and Mindanao where they remain the primary mode of intercity and interprovincial transportation.

“On the average, we transport anywhere from 500,000 to 700,000 a day, nationwide,” Leo Rey said. That’s 250 million passengers annually. In contrast, airlines like Philippine Airlines and Cebu Pacific only ferry 16 million and 22 million a year, respectively.

To buttress his position, Leo Rey showed the Inquirer many reports detailing the progress of the company under his watch.

From having only 6,500 employees when he took over in 2007, the Yanson group now employs 18,000 workers nationwide, representing an almost threefold increase in manpower.

And to say that the financial condition of the company has also “improved” would be an understatement. From annual revenues of P5 billion before Leo Rey took over, the company’s total sales had risen under his watch by a compounded annual growth rate of over 8 percent until 2017.

Its net income also grew correspondingly, with 50 percent of earnings paid out to all the siblings equally as dividends. —WITH A REPORT FROM CARLA P. GOMEZ