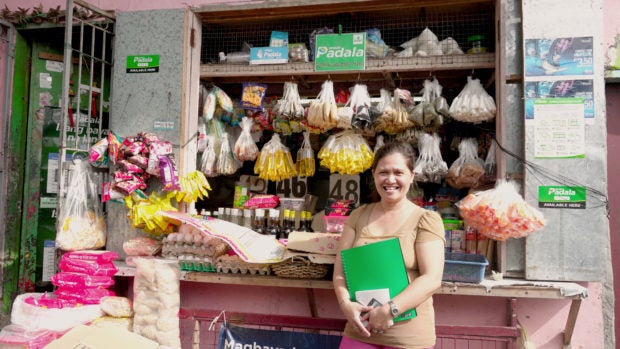 Digital financial services adoption is growing fast as mobile and internet penetrate all corners of the country. For most of the unbanked and underserved, the transformation to digital is getting a boost from the traditional and most basic retail presence on ground – through sari-sari stores powered by Smart Padala by PayMaya.

“For financial inclusion efforts to bear fruit, they should be able to reach people at the grassroots, and that means including those in the far-flung areas of the country. Because your favorite Smart Padala by PayMaya center is often also the nearest sari-sari store to your house, we are able to bring digital financial services to Filipinos whenever and wherever they need it,” said Kenneth Palacios, Director and Head of Wallets Business at PayMaya.

With more than 27,000 partner agents nationwide, Smart Padala by PayMaya is the only domestic network capable of reaching even the farthest communities of the country. This allows its agents to deliver critical financial services to areas that are not traditionally reached by bank branches and other financial touchpoints, which are usually located in urban cities or municipal centers.

According to the Bangko Sentral ng Pilipinas (BSP) 2015 National Baseline Survey for Financial Inclusion, which contains the most recent data available on time and money spent to access financial services, Filipinos usually travel 21 minutes and spend at least PhP43 on average to get to the nearest traditional financial service access point in their area.

Because Smart Padala by PayMaya centers are able to penetrate even the innermost communities in many provinces, the financial inclusion potential of these hubs cannot be understated.

Reaching the underserved and unbanked
In the streets of Rodriguez, Rizal just outside Metro Manila, the sari-sari store of Lilia Ramos has become a focal point for the community whenever they want to send money to their family in the province.

Every day, students would go to Lilia’s store to pick-up their allowance from their parents living in various places around the country. On payday, people would flock to Lilia’s store to send money to their loved ones back home. In cases of emergencies, it only takes a few taps on Lilia’s mobile phone to send the money needed for the urgent needs of her customer’s family.

“It’s good to hear that your customers trust you, and we adjust to their needs like having to wake up early to open the store because the money that they receive from relatives is often for school or work allowance,” Ramos said.

“From one center, I was able to put up a few more because I didn’t really expect that the demand would be that great initially. Especially when it is payday, workers would really line up to send money for their families in the provinces,” Benigno shared.

As PayMaya broadens its reach across the country and delivers more innovative digital services, Smart Padala by PayMaya centers are now becoming digital financial hubs of their respective communities, offering services such as bills payment and airtime load top-up in addition to the traditional domestic remittance service.

Together with other services such as the PayMaya mobile app and e-wallet as well as the PayMaya Business suite of solutions for enterprises, Smart Padala by PayMaya supports the BSP’s 20 by 2020 goal of increasing total electronic transactions to 20% as it prepares the country to participate in the larger global digital economy.

PayMaya, the digital financial services arm of Voyager Innovations, is the leading fintech company in the Philippines offering integrated consumer and merchant payment solutions with the widest on-ground branch network. Voyager Innovations is backed by PLDT, KKR, Tencent, and World Bank’s IFC. Last November 2018, it raised the largest tech funding round for a Philippine-based company.

Read Next
Group sees PH becoming among top importers of wheat in 10 years
EDITORS' PICK
Smart releases Hyun Bin’s second TVC
DOLE: Return of OFWs’ remains from Saudi to be ‘delayed,’ deadline moved to ‘early next week’
‘Justice will be done,’ Duterte assures as he vowed probe on Jolo incident to bare ‘truth’
Water remains our saving grace right now
EuroMillions Superdraw: A lottery draw unlike any other is coming to the Philippines
Current dominant strain of COVID-19 more infectious than original—study
MOST READ
Locsin warns of ‘severest response’ if China’s army drills in SCS ‘spill over’ to PH domain
Duterte tells military: No other president looked at you the way I did
BREAKING: Duterte signs anti-terror bill into law
Go apologizes for 5-on-5 game; PBA summons Japeth, ROS rookie
Don't miss out on the latest news and information.