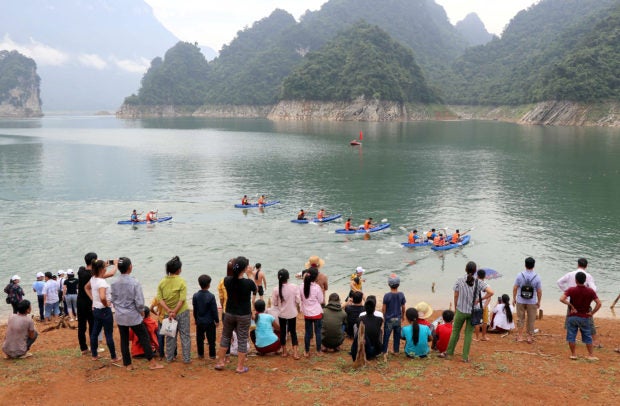 The information was announced at a conference Wednesday, where the Vietnam National Administration of Tourism (VNAT) released the Tourism Annual Report 2018. The report details the achievements of the tourism industry, VNAT’s efforts to develop tourism into a key part of the economy and the outlook of global and regional tourism for the future.

The national tourism industry has made remarkable progress and held a number of events to promote tourism, according to Ha Van Sieu, vice chairman of the Vietnam National Administration of Tourism (VNAT).

Siêu praised the industry’s results from the first half of the year.

In the second half of this year, VNAT plans to organize promotional activities to help meet goals set for the year and work with other agencies to hold the International Travel Expo in HCM City, the National Tourism Year in the coastal province of Khanh Hoa and the Vietnam International Travel Mart in Can Tho.

“The number of foreign tourists arriving in Vietnam by cruise ship has seen strong growth in accordance with the potential of sea tourism and the long, beautiful coastline of the country.”

Siêu also pointed out some shortcomings, like waste management in tourist areas, security and safety at festivals and service during the high season.

“We wanted to release the report sooner but it takes six months to gather information and statistics of the regional and international tourism industries,”he said.

China sent more tourists than any other country with nearly 5 million visitors. It was followed by South Korea, Japan, Chinese Taipei and the US.

VNAT estimated there are more than 24,000 tour guides working in English, Chinese, French, Japanese, Russian, German and other languages.

The Vietnam Tourism Awards 2019 will be held on July 15 in Hanoi to honor individuals and organizations that have showed great devotion to developing tourism.

Initiated in 1999, the annual awards have contributed to enhancing the quality of tourism products and services and encouraging travel agencies, domestic tour operators, hotels and hospitality service providers in the country.