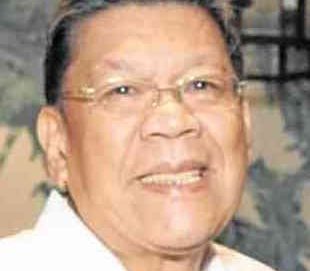 MANILA, Philippines – The government will come up with a single interagency database containing the names and information of all foreign workers in the country in a bid to collect all the personal income taxes due from them, especially those working in Philippine offshore gaming operators (Pogo).

This soon-to-be-released joint memorandum circular will cover the issuance of work permits to foreigners, the DOF said.

Dulay said the interagency agency database would be administered by Dole.

Meanwhile, Dulay said that “several” of the 15,176 foreigners employed in 174 establishments, including Pogos, were found by the BIR to have had the proper working permits and visas.

Last Monday, Dominguez told reporters that an additional P2 billion in revenues a month will go to government coffers starting July as the BIR finally collects the taxes due from about 100,000 foreign—mostly Chinese—workers in the Pogo industry.

But Dominguez clarified that while the BIR will already collect the taxes due in July as salary deductions, it was still unclear how the government will amass the unpaid dues prior to this month.

To ensure that all foreign Pogo workers’ income taxes will be collected, the BIR, the Bureau of Immigration (BI), and the departments of Justice (DOJ) and of Labor and Employment (Dole) came up with joint guidelines mandating aliens to secure a tax identification number (TIN) before they can get their working permits. (Editor: Abe Cerojano)