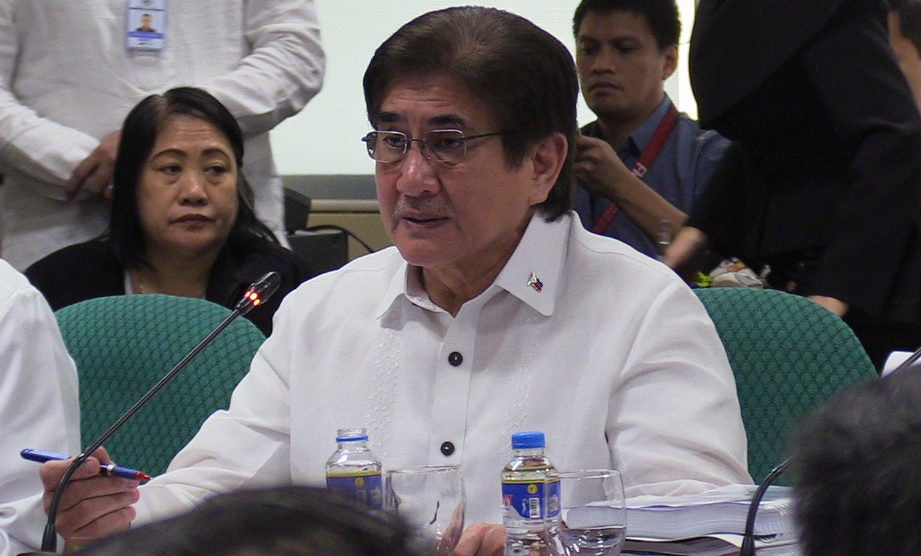 From military service, a brief intermission as a coup plotter and a decades-long career as a senator, Gregorio B. Honasan II is embarking on his next mission as head of the Department on Information and Communications Technology (DICT).

Honasan, who took his oath as DICT secretary in Malacañang on Monday, outlined to reporters a broad vision to connect “everybody to everybody” in a more secure and less costly manner.

He promised continuity in the department’s programs as former acting secretary Eliseo Rio Jr. will stay on as its “most senior” undersecretary for operations. But Honasan said plans were underway for a reorganization within the DICT, potentially moving key personnel and hiring outsiders.

He also offered hints at the strengths he brings to the table despite a perceived lack of technical experience expected of DICT heads: long years in public service and political savviness.

“I have been a senator for 21 years. I’ve been chair of [committees] in labor, environment, defense and public order,” Honasan said on Tuesday after inaugurating a free Wi-Fi project at the Quirino Memorial Medical Center in Quezon City.

“If there are questions about my technical competence, maybe it’s up for debate. But I would put these credentials, 44 years of public service, on the table and let the appointing authority decide,” he added.

At one point during the press conference, Honasan said he would be the “political interpreter” of the programs mentioned by Rio, including the government’s common tower initiative and the entry of the third mobile player—the Mislatel Consortium backed by China Telecom and presidential friend Dennis Uy.

On Mislatel, which is expected to obtain its license to operate by July 8 this year, Honasan said it was unfair to cast doubt on the bidding process last year. Moreover, he suggested that DICT would take a less combative public approach toward incumbent operators PLDT Inc. and Globe Telecom.

“We will harness the patriotic instincts of these entities so that we can serve the public and they make profits at the same time, fairly,” Honasan said.

He said the government would also ensure a level playing field in business, adding that he was open to a fourth or even fifth telco beyond Mislatel.

Honasan said he expected lawmakers in the Senate to support their reforms in ICT and efforts aimed at “institutionalizing good programs” within the DICT.

Critics previously said Honasan was barred from accepting the post of DICT secretary due to a constitutional ban. They cited Article 6 Section 13 of the 1987 Constitution, which stated that no member of Congress could be appointed to any office created during their term.

“It’s a matter of interpretation. That will be resolved by the Commission on Appointments. Let them evaluate my fitness or lack of it,” Honasan said.

Honasan, a former army colonel who gained notoriety in the 1980s for a string of unsuccessful coup attempts against then President Corazon Aquino, was first elected as Senator in 1995.

He took up Economics in the University of the Philippines before enroling to the Philippine Military Academy, where he graduated as “Class Baron,” considered the institution’s highest leadership award. He earned his Masters Degree in Business Management from the Asian Institute of Management.