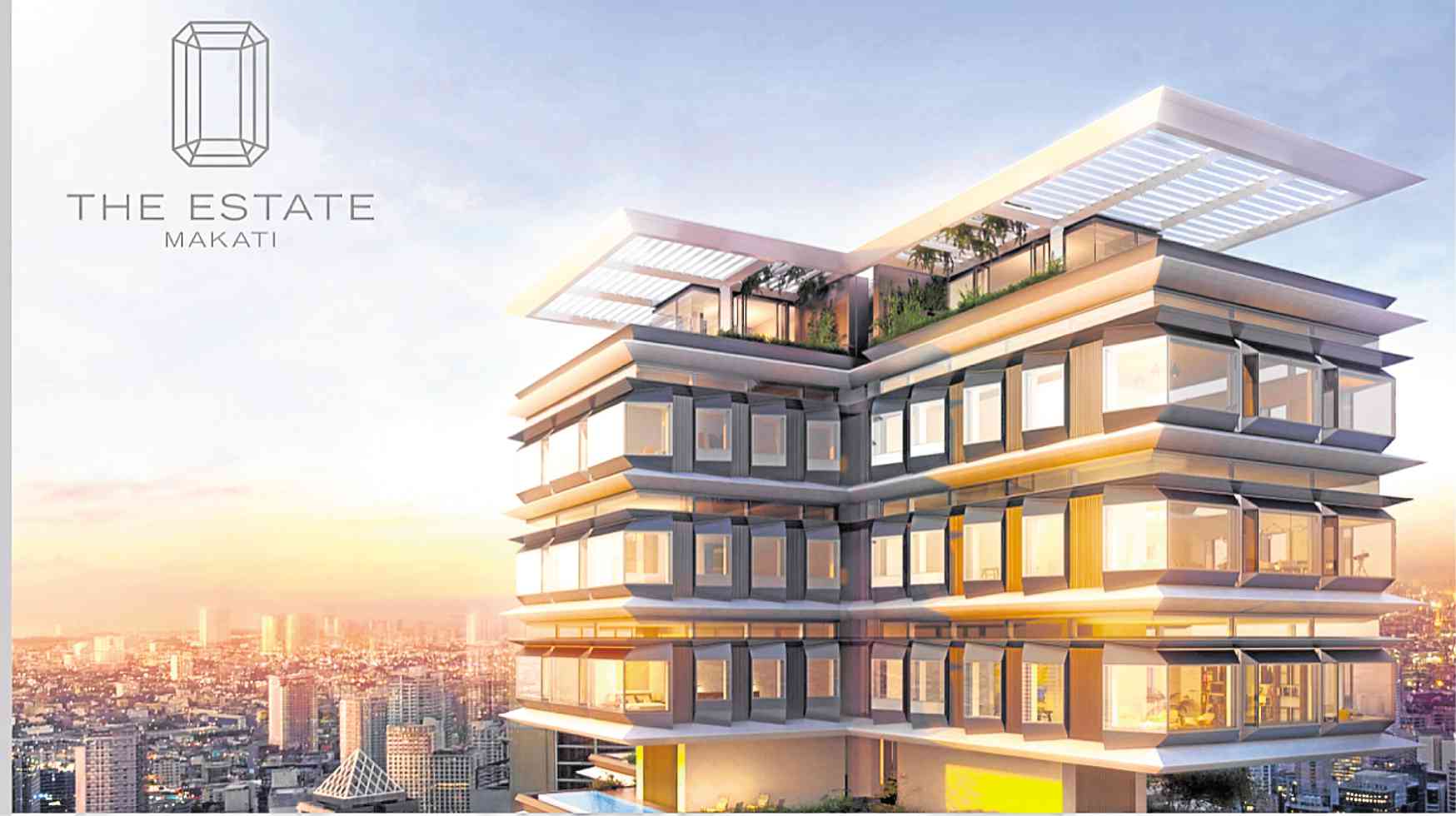 The Estate Makati will cost over P11 billion to build and will be the tallest in the Philippines.

It’s an ultra-luxury residential project that created a lot of buzz in the local property scene long before it broke ground.

The 54-storey The Estate, a partnership between SM Prime Holdings and Federal Land, will be the tallest and most expensive residential tower in the country.

Based on the current pre-selling price of over P600,000 per square meter—a new high in this part of the world and this is even before the formal launch—the tandem can unlock over P25 billion in revenues out of 41,000 square meters (sq m) of total sellable space in 188 residential units.

This makes it the single most valuable residential building.

Entry-level price is P90 million for a 151-square meter two-bedroom unit. There are 36 of such units in the upscale condominium, which is expected to be completed by 2023.

To date, and ahead of the formal launch, 40 percent of the inventory has already been taken up. As proof of rising consumer affluence in the Philippines, the first ones to go were the priciest units. All penthouse suites are now spoken for.

Why does this project command such a high rate? First and foremost, it will rise on the very last piece of raw land along Makati’s most valuable strip, Ayala Avenue, where land values are running at over P1 million per square meter to date.

The Sy and Ty families, which first teamed up decades ago when they built Ritz Towers, kept the 3,234-square meter landbank since then and saw a good opportunity to finally unlock values from this.

Furthermore, The Estate was designed by the firm of Baron Norman Foster, an award-winning British architect famous for high-tech architecture. He makes just one or two projects per city and turns each into iconic landmarks. New York’s Hearst Tower, Shanghai’s The Bund Finance Center, London’s The Gherkin, Hong Kong International Airport and HSBC headquarters in Hong Kong are just among the few landmarks he has designed. 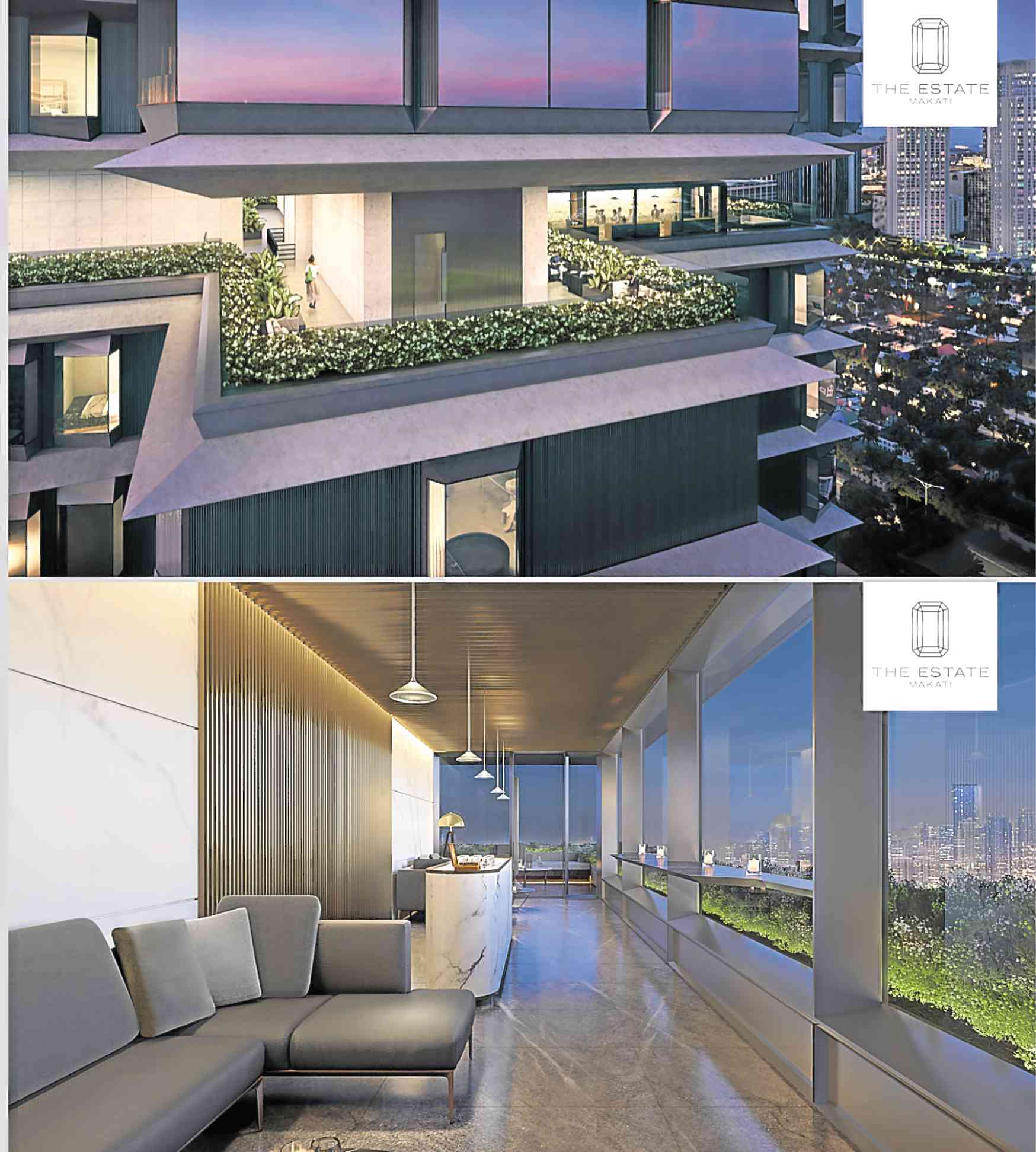 The most expensive units costing over P400 million each have already been sold.

SM Prime chair Henry Sy Jr., who had collaborated with Federal Land chair Alfred Ty to make this project possible, promised that it will be the “most beautiful building in the Philippines.”

“We have been told previously that there have been many requests made to architect Foster to do a project in Manila but he had not accepted any. So one of the advantages of [Sy and Ty families] coming together was for Sir Norman Foster to have it planned. The commitment and seriousness of the intent to really build a showcase of residential property in the last remaining location available in Ayala Avenue was also one of the factors that made him consider doing the project,” Federal Land president Pascual Garcia III, who is also president of ST 6747 Resources Corp., the SM Prime-Federal Land venture firm, said in a recent press briefing.

“With this particular project, we feel that it will elevate Manila into the mainstream of architectural development in Asia by having Sir Norman Foster really lead a project like this,” Garcia added.

Foster is something of a rock star in the international property scene. There are international investors who chase his developments across the globe. As such, aside from housing the Philippine elite, the project is also expected to attract foreign investors, particularly the “discerning individuals who recognize the Norman Foster heritage.”

Veteran architect William Coscolluela was credited for conceptualizing and bringing the two families to work together on this project. His firm, W.V. Coscolluela and Associates, is the local architect for this project, while D.M. Consunji is the contractor for structural works.

For Foster + Partners, it will be a skyscraper that is “literally shaped by the sun.” This means that the structure will be oriented in such a manner to minimize exposure to the sun’s rays. The firm will also use double-glazed windows throughout the structure to reduce the flow of heat and external noise entering the building’s façade.

As part of future-proofing, the parking facility is equipped to handle electric vehicle charging needs, with a charging point provision for each unit owner. There will be a total of 618 parking slots with allocation of two to eight slots per unit, depending on its size.

It is called “The Estate” because this is an asset that can last for generations.

Apart from becoming a “jewel of Makati’s skyline,” for the second-generation Sys and Tys, this new landmark is also seen as a tribute befitting departed tycoons Henry Sy Sr. and George Ty.