Asia United Bank (AUB) has recently been bestowed with the Golden Arrow Recognition, a prestigious citation given out by the Institute of Corporate Directors, through the use of the ASEAN Corporate Governance Scorecard.

With the goal to raise corporate governance standards and practices in the region, the ASEAN Scorecard Golden Arrow Recognition grades and ranks publicly-listed companies based on the ones that are best governed.

Publicly-listed companies in the Philippines that receive a score of 80 points or higher and are considered as one of the top performing companies under the ACGS are eligible to receive the award.

As banks play a strategic role in a more dynamic and smooth-flowing economic landscape, Asia United Bank (AUB) continues to strongly adhere to the standards that it has raised whether for external or internal practices.

AUB – its directors, the management, and employees highly support Corporate Governance and accepts it as a crucial part of sound business management, enabling it to better perform its duties.

Working steadily as a team, the people behind AUB have been diligently fulfilling its responsibilities to its clients, partners, and stakeholders, while also yielding impressive results.

AUB was one of the recipients of this important award, alongside Metrobank, BPI, Chinabank and BDO.  The award was humbly received by AUB’s independent director and chairman of the bank’s Corporate Governance Committee Justice Adolfo S. Azcuna. 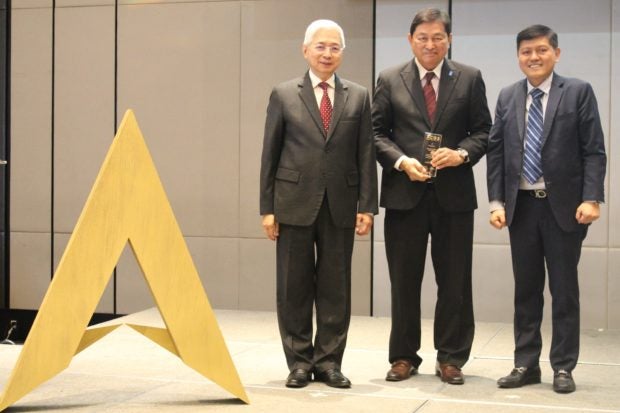