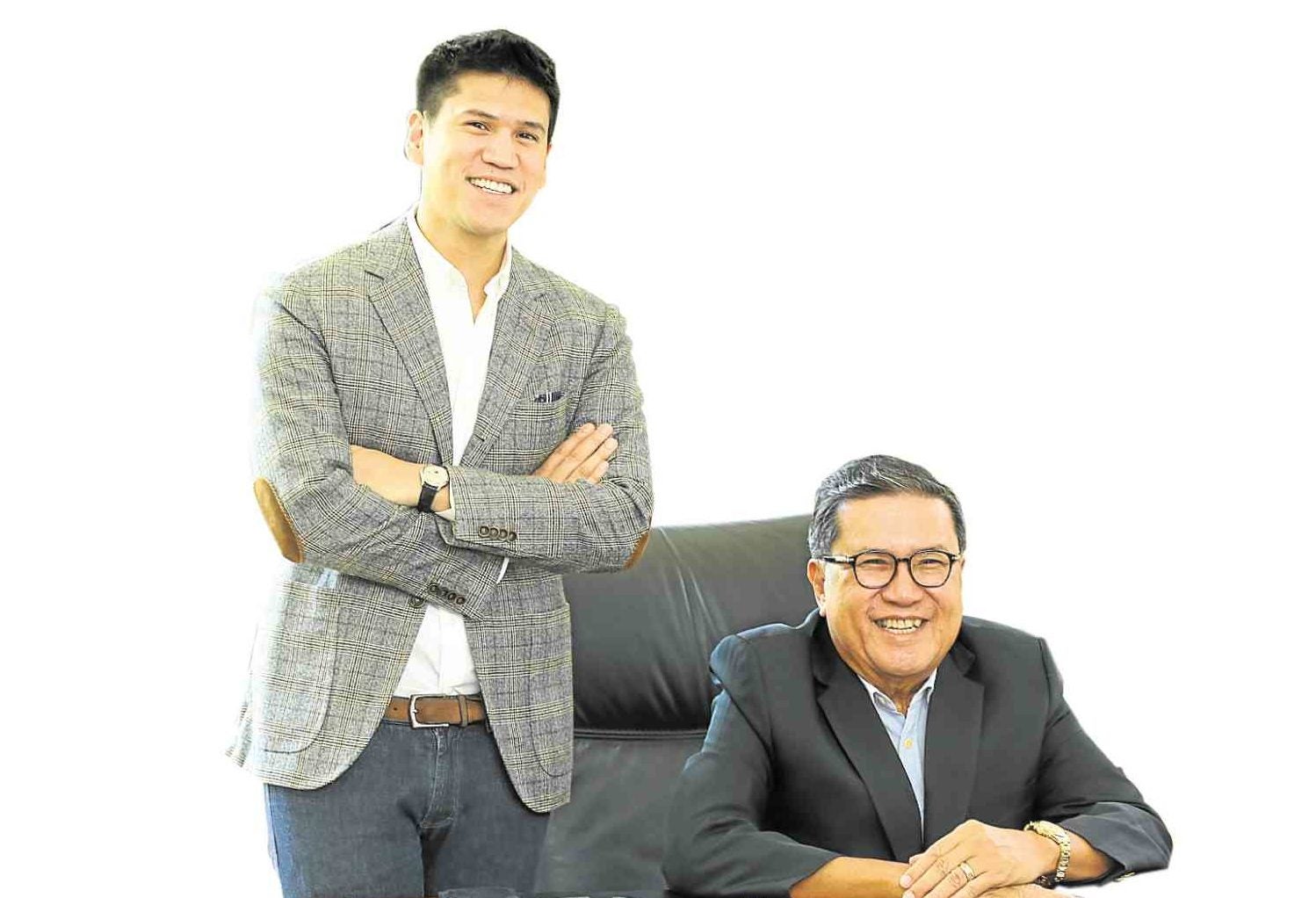 Novellino Wines is toasting itself as it celebrates two decades of working to develop among Filipinos a taste for wine.

Established in 1999 by Nonoy Quimbo, a former beverage company executive, Novellino has managed to carve its niche in the Philippines drinks market against all odds.

Quimbo, who recently hosted media people in Novellino’s plant in Laguna, said even his best friend tried to dissuade him from taking the risk of selling wine to Filipinos.

Not one to turn away from a challenge, Quimbo believed the right product could win over nonwine loving Filipinos.

His persistence and commitment to make Filipinos like wine have paid off.

Novellino has helped grow the Filipinos’ wine consumption per capita from 0.1 liters to 0.2 liters per year.

Though way below the 40-liter wine consumption per capita in most European countries, it is still a significant achievement in a country where drinkers prefer spirits and beer.

Chris, Quimbo’s son and president/general manager of Novellino Wines, said their share of the market continued to grow.

If the way to people’s heart is the stomach, Quimbo realized that the Filipinos’ sweet tooth was the path to their conversion.

Many Filipinos complain that wine, as foreigners and a few of the locals like them, is bitter and tart. Even the sweetish kinds do not really meet the level of sweetness Filipinos prefer.

Thus, Novellino opted for “arrested fermentation.” Grape juice, which the company sources from abroad, was not “aged” as long as in other countries.

The shortened process—a matter of days—did not allow all the sugar in the juice to turn into alcohol. Novellino wines have alcohol contents of only 4.5, 7.5 and 9.5 percent. 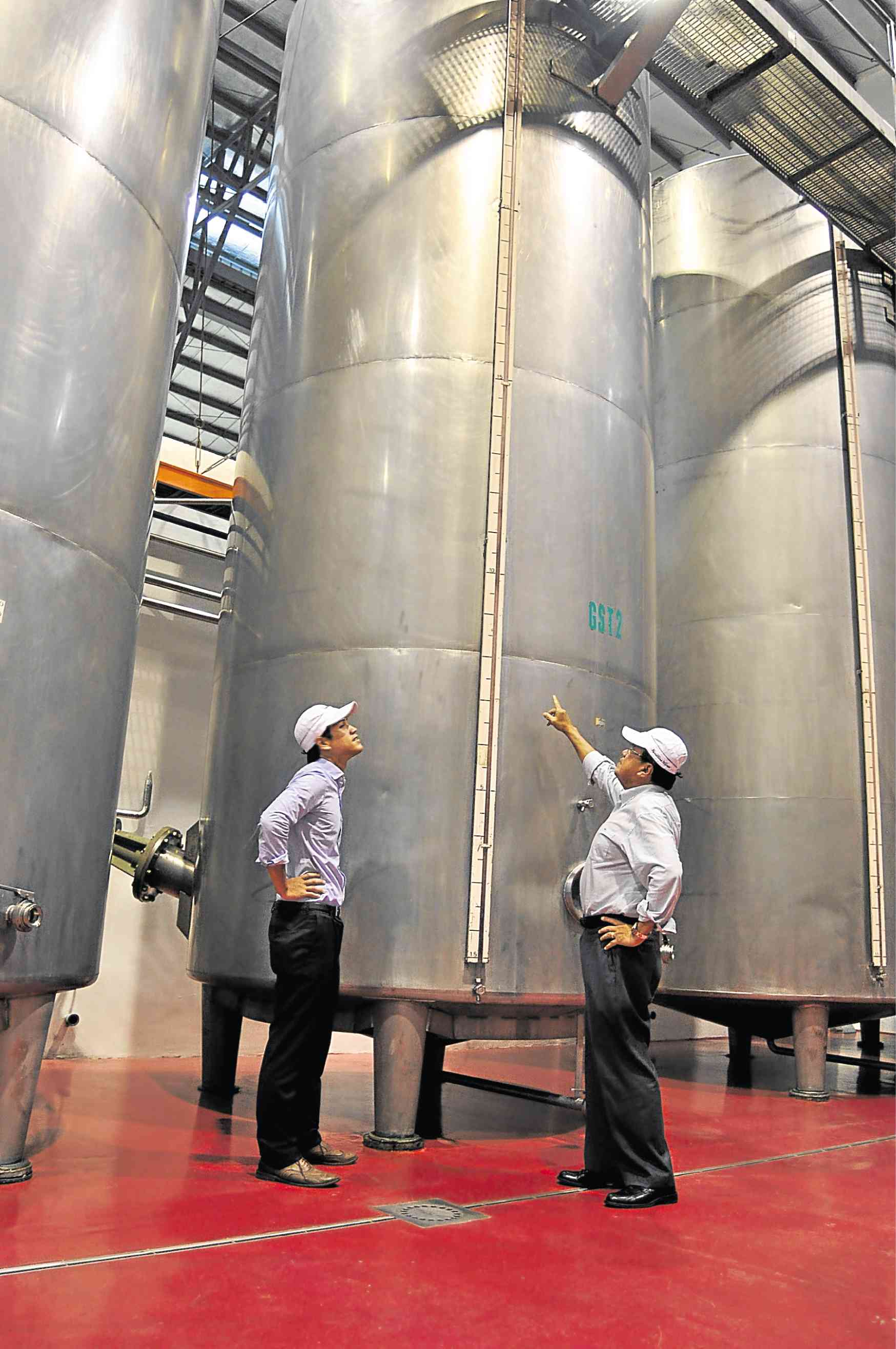 Novellino’s winery in Laguna is one of the largest in Southeast Asia.

The formula has worked well for Novellino.

By producing wines locally and in volume, prices have also been kept low and more attractive than imports.

Novellino has doubled its growth in a market where wines have become the fastest growing category at the rate of 10 percent a year.

From a small-scale business launched in a 300-square meter space in Metro Manila, Novellino Wines now offers more than a dozen varieties and produces millions of bottles of wine per year distributed in the country and in places abroad where there are sizeable Filipino communities, such as the United States, the Middle East and other Southeast Asian nations.

Novellino’s state-of-the-art winery in Canlubang, Laguna, sits on 1.3 hectares of land and boasts of the latest Italian wine-making technology. It is one of the largest wine production plants in Asia and the only one of its scale in the Philippines. The plant is designed to meet the growth in demand—both in volume and types of wine—in the next five years.

Quimbo said the Canlubang plant, which has 13 tanks with 30,000-liter capacity each, produces 60 bottles a minute.

“Our plant uses a sophisticated technology unparalleled in the country. Even foreign wineries consider us a thought leader in wine production, given the intricacies of producing sweet wine,” Quimbo said.

Having solidified its stature in the Philippines’ beverage market, the company now plans to introduce Novellino Wines on Tap. Mobile kegs will make Novellino wines even more accessible, as they will be retailed. More Filipinos can have their first taste of wine without having to buy a whole bottle.

“Innovation has always been a priority for Novellino Wines. We believe that by constantly implementing fresh ideas on products and processes, Novellino Wines will continue to be relevant in the fast-changing Philippine market,” Chris said.

Although Quimbo admitted the company still had a long way to go, he is very upbeat about the future, seeing “a huge opportunity ahead of us. As we implement more initiatives to promote the wine drinking culture in the Philippines, we believe that we will eventually grow the market further.” —CONTRIBUTED

Read Next
Finding the perfect fit in office design
EDITORS' PICK
Leveling up your ‘lutong bahay’ with the kitchen companion you never knew you needed
Senate OKs on 3rd reading bill allowing school opening after August
Chaos as thousands return to work in Metro Manila
New strategies urged to improve public transport
Cherry Mobile teams up with Cloud Panda PH, launches online store
Someone from the Philippines can become $356 Million richer this Tuesday
MOST READ
‘If I had not been SolGen, I will make you eat your words,’ Calida tells Coco Martin
51 percent of German firms holding back investments in PH, but not because of COVID-19
Angara hits restricted GCQ movement for seniors: ‘Common sense lang kailangan’
Senate OKs bill authorizing president to postpone opening of classes beyond August
Don't miss out on the latest news and information.