BANGKOK – Asian shares were higher on Thursday, with the Shanghai benchmark up 2.6%, after the Federal Reserve reaffirmed that it’s prepared to cut interest rates if needed to shield the U.S. economy from trade conflicts or other threats.

The Thursday tracked modest gains on Wall Street. The 10-year Treasury note slid to 1.98%, its lowest level since November 2016, as investors bet on at least one interest rate cut this year, possibly as early as July. 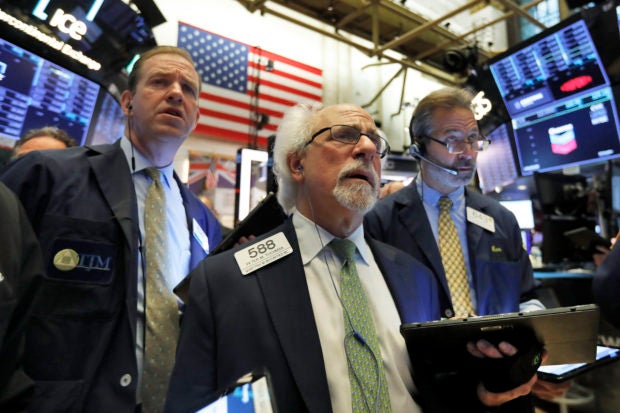 India’s Sensex edged 0.1% higher to 39,139.47. Shares were flat in Taiwan and Jakarta and higher elsewhere in Southeast Asia.

Confirmation that Presidents Donald Trump and Xi Jinping will meet at the Group of 20 summit in Osaka next week has raised hopes for a political compromise on their tariffs war.

U.S. Trade Representative told a congressional hearing that he plans to speak with China’s top trade envoy, Vice Premier Liu He, soon and also to meet with him in Osaka.

Prospects for a breakthrough in stalled negotiations remain uncertain, given the acrimony in recent weeks over who is to blame over the impasse.

The widely expected decision by the U.S. central bank’s policymakers to leave the Fed’s benchmark interest rate unchanged in a range of 2.25%-2.5% and the signal of openness to lower rates later reassured investors who have been worried the trade war between Washington and Beijing could weigh on global economic growth, and by extension, corporate profits.

The reaction to the Fed’s midafternoon statement was more pronounced in the bond market, where the yield on the 10-year Treasury note slid to 2.03%, its lowest level since November 2016. The move signals that bond traders see an increased likelihood that the Fed will lower rates. Investors are betting on at least one interest rate cut this year, possibly as early as July.

U.S. stock indexes spent much of the day wavering between small gains and losses as investors waited for the Fed to deliver its update on interest rates following a two-day meeting of policymakers.

The 10-year Treasury yield has been declining steadily since hitting a high of 3.23% last November. It fell to 1.98% Thursday, down from 2.06% late Tuesday.