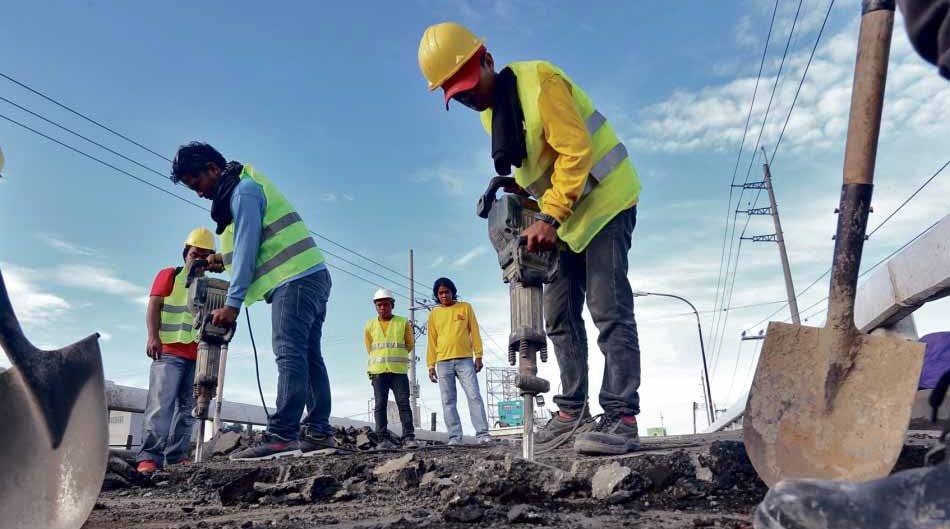 P8-TRILLION INITIATIVE Under its “Build, Build, Build” program, the Duterte administration will spend over P8 trillion during its six-year term so that the share of infrastructure spending in the country’s gross domestic product will rise to 7.4 percent in 2022. —INQUIRER FILE PHOTO

MANILA, Philippines – The Philippines and Japan are now focusing on the speedy implementation of big-ticket infrastructure projects as Manila had already secured a chunk of the intended financing from Tokyo for the ambitious “Build, Build, Build” program.

Finance Undersecretary Mark Dennis Y.C. Joven told reporters that Filipino and Japanese officials were expected to sign on Tuesday the $202.04-million loan agreement for the Road Network Development Project in Conflict-Affected Areas in Mindanao, which he said will boost connectivity in war-torn Marawi City.

Besides this loan, Joven said the Philippine and Japanese sides would also discuss road and bridge projects to be constructed at Dalton Pass in Nueva Ecija and Nueva Vizcaya as well as Metro Manila.

Joven noted that so far, the loan agreements secured from Japan for “Build, Build, Build” projects such as the North-South Commuter Railway (NSCR) and the Metro Manila Subway Project already amounted up to P1 trillion, such that projects that were smaller in scale remain for possible Japanese financing.

“Everything else with the Japanese [is] relatively not as big as the previous projects,” Joven said.

Japanese-funded projects in New Clark City and the rehabilitation of the Metro Rail Transit (MRT) Line 3 were also already in full swing, he noted.

“Those big-ticket projects are ongoing up to 2022—they are not yet finished, so going forward we will probably have fewer launches but more monitoring of projects,” Joven said.

The Clark Freeport Zone is hosting the eighth session of the high-level joint Philippine and Japanese committee on infrastructure development, which was first convened in March 2017 to fast-track the Duterte administration’s “Build, Build, Build” program.

Under “Build, Build, Build,” the government plans to roll out 75 “game-changing” flagship projects—with about one-third expected to be completed during President Duterte’s term, to usher in a “golden age of infrastructure” by 2022. (Editor: Abe Cerojano)

U.S. will accept mixed doses of vaccines from international travelers