Globe Telecom has entered into a tripartite agreement with ISOC Infrastructure Inc. and Malaysia-based tower giant edotco Group Sdn. Bhd., becoming the first telco to support the common tower initiative of the Department of Information and Communications Technology (DICT).

Globe President and CEO Ernest Cu said that the company is taking a leap towards improving ICT infrastructure in the Philippines by being the first mobile operator to support the government’s common tower initiative. 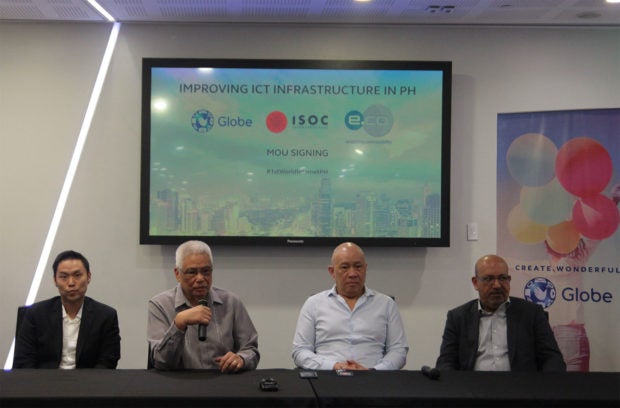 “ICT infrastructure is the foundation of a highly-connected digital economy. While we have made significant improvements on the quality of internet experience, there is still a large gap to fill so we can be at par with our neighbors in terms of infrastructure,” Cu said.

Cu added that ISOC and edotco, who were the first towercos to seek vendor accreditation with Globe, will build an initial 150 sites for the company. “The building and deployment of cellular towers in the country are critical if we hope to change the internet experience of our customers,” he said.

The DICT signed agreements with 23 tower companies with ISOC and edotco leading the pack as among the first to do so. Despite the agreements, the government has yet to release a common tower policy governing towercos in the country.

Michael Cosiquien, Chairman of ISOC Infrastructure, Inc., recognized the milestone of the MOU with Globe. “Today marks the beginning of great things. What was once a concept is made concrete and together with edotco, we are grateful for the leadership of government, and the support of Globe, in finally making this a reality,” Consiquien said. “ISOC and edotco are committed to help provide the Filipino people the information highway they deserve with the common tower initiative,” he added. 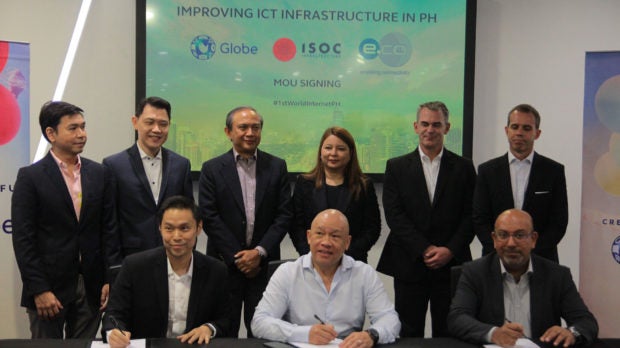 Suresh Sidhu, CEO of edotco Group Sdn Bhd expressed optimism and equally encouraged by the DICT’s decision to open the market and accredit independent tower companies. “Our efforts in the Philippines are motivated by the clear opportunity to reshape the telecommunications landscape and as an independent tower company, we are in the right position to facilitate and manage these advancements,” Sidhu said.

Sidhu added that infrastructure sharing has proven to help mobile network operators focus on their core business and service offerings by alleviating the cost pressure of building and maintaining towers. “We have partnered with governments, regulators and operators in all the countries in which we are present and have a wealth of best practices that we hope to implement here. Our focus is not merely addressing digital gaps today but on building shareable infrastructure for the future, creating the right environment for the nation’s digital transformation aspirations,” he said.

The DICT targets to build at least 50,000 new common towers across the country in the next seven to ten years. The government agency also announced its plans recently to accelerate the building of 2,500 common towers in properties owned by government agencies. Telco stakeholders however are seeking for the immediate release of the long delayed Common Tower Policy.

Unlike in most countries, ICT infrastructure spend in the Philippines has been left entirely to the private sector.  This brought about huge gaps in cell site and wired broadband builds all over the country.  For instance, Vietnam has 90,000 cellular towers compared to the Philippines’ 17,850 cell sites while recent data from TowerXchange showed that even Pakistan has 34,300 while Bangladesh has 30,000 cellular towers.