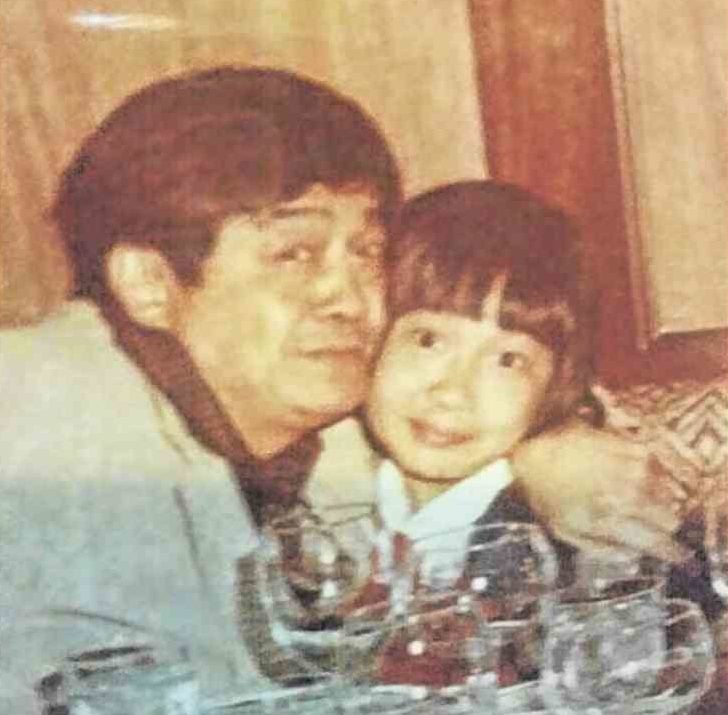 Tycoon John Gokongwei Jr., founder of the Gokongwei group of companies and one of the richest men in the Philippines, helped teach Summit Media president Lisa Y. Gokongwei-Cheng her ABCs and 123s.

But never, she stresses, the 3Cs that many others resort to just to get ahead in life—cutting corners, chamba (fluke) and connections.

“We learned from him the importance of not relying on these three Cs to succeed. His rags-to-riches story really embodied this value. He really took the long route and took eight decades to build his business. Remember, he was 13 when he started to work. So there’s that feeling that we need to continue his legacy and live his values,” says Gokongwei-Cheng, the third of Gokongwei’s six children.

Gokongwei has not forgotten his humble beginnings: He became a breadwinner at just 13 years old after the death of his father. As the eldest of six, he took it upon himself to take care of his mother, four brothers and sister. Through sheer hard work and uncanny knack for business, Gokongwei was able to establish the foundation of what would become one of the country’s largest conglomerates.

And neither have his children.

For Gokongwei-Cheng, she helps pay it forward by devoting time and effort to be general manager of the Gokongwei Brothers Foundation (GBF), which was set up by the brothers in 1992 to share their blessings with the less fortunate by funding educational projects.

Gokongwei is a firm believer in the power of education to change lives for the better, thus the focus on education, particularly in science, technology, engineering and math (STEM).

“The founder generation—my father and his brothers—have always believed in education’s role in leveling the playing field. They have always wanted to give back to a country that has given them so much opportunity. This is why GBF was founded. Why STEM? We need scientists, engineers, technologists and inventors to be competitive as a country,” Gokongwei-Cheng says.

Among its projects is the technical training center for skilled graduates in various engineering fields. The family also provided a significant endowment to the Ateneo de Manila University that led to the John Gokongwei School of Management.

The foundation has also provided facilities and scholarships and helped finance programs to train the next generation of business and government leaders in various schools including Immaculate Conception Academy, Xavier School, De La Salle University, the University of Asia and the Pacific and the University of San Carlos.

In 2007, the foundation granted 34 young Filipinos, the first batch of GBF China Scholars, with a full year-long scholarship to Beijing Language and Culture University. They studied Mandarin and Chinese culture to help strengthen the Philippines’ global competitiveness by application of knowledge in their home country.

One of the foundation’s latest projects was the sending of three students from Pampanga to the 2019 Intel International Science and Engineering Fair (Isef) in Phoenix, Arizona.

Grade 10 student E’van Relle Tongol and Grade 11 students Shaira Gozun and Neil David Cayanan of the Angeles City Science High School did the Philippines proud as they earned an honorable mention for their sound absorption material made out of locally available abaca fiber, bamboo and water hyacinth.

Titled “Hibla,” their research was one of the country’s six entries to the prestigious science competition that the GBF wants Filipinos to participate in as they believe in developing more interest in the science, engineering and technology fields. 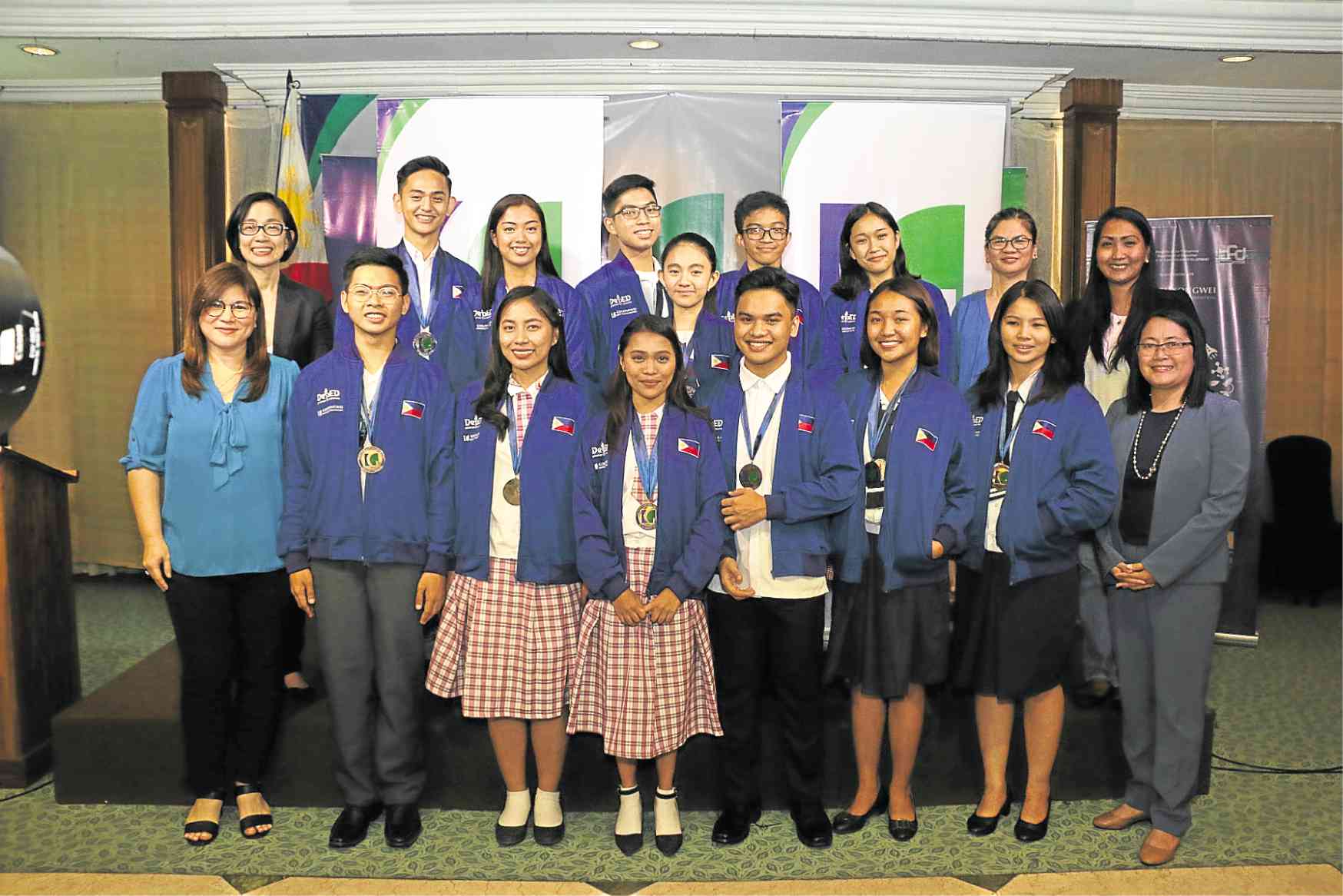 Gokongwei-Cheng poses with the student-researchers sent by the Gokongwei Brothers Foundation to represent the Philippines at the Intel ISEF 2019.

The researchers’ dedication was also given recognition when they received the first GBF Award. The award is given by GBF to students who exhibit excellence in science and technology.

“Our goals are aligned with that of the DepEd’s NSTF project. Our advocacy has been to promote STEM education as an enabler for the country’s progress. This is in line with the DepEd’s own goals. The most fulfilling part is meeting young scientists who employ their smarts and creativity to solve problems in their communities. These young people are truly the hope of our nation,” Gokongwei-Cheng says.

Aside from the award, GBF also supported the team, and the other Philippine delegates, with an all-expense paid trip to Arizona.

“We are proud to have supported these brilliant students to this year’s ISEF. Their victory is a testament that Filipino students, despite having limited resources, are capable of developing ingenious products and high-quality research,” says GBF executive director Grace Colet in a statement.

“This inspires us to stay true to our thrust of advancing STEM education in the Philippines. We hope that with this victory, more students will be motivated to pursue a STEM track and develop their own research projects,” she adds.

For Gokongwei-Cheng, meeting the students and seeing the education projects through make the work with the foundation fulfilling. It also affirms her purpose to contribute to keeping the Gokongwei legacy alive.

“We are fulfilling the dreams of the first generation—my father and his siblings—to help others who do not have the same opportunities. The foundation is a legacy the family can leave, besides its business. In some ways, the legacy of education is as powerful as business creation. It gives our family an identity that we can be proud of,” she says.