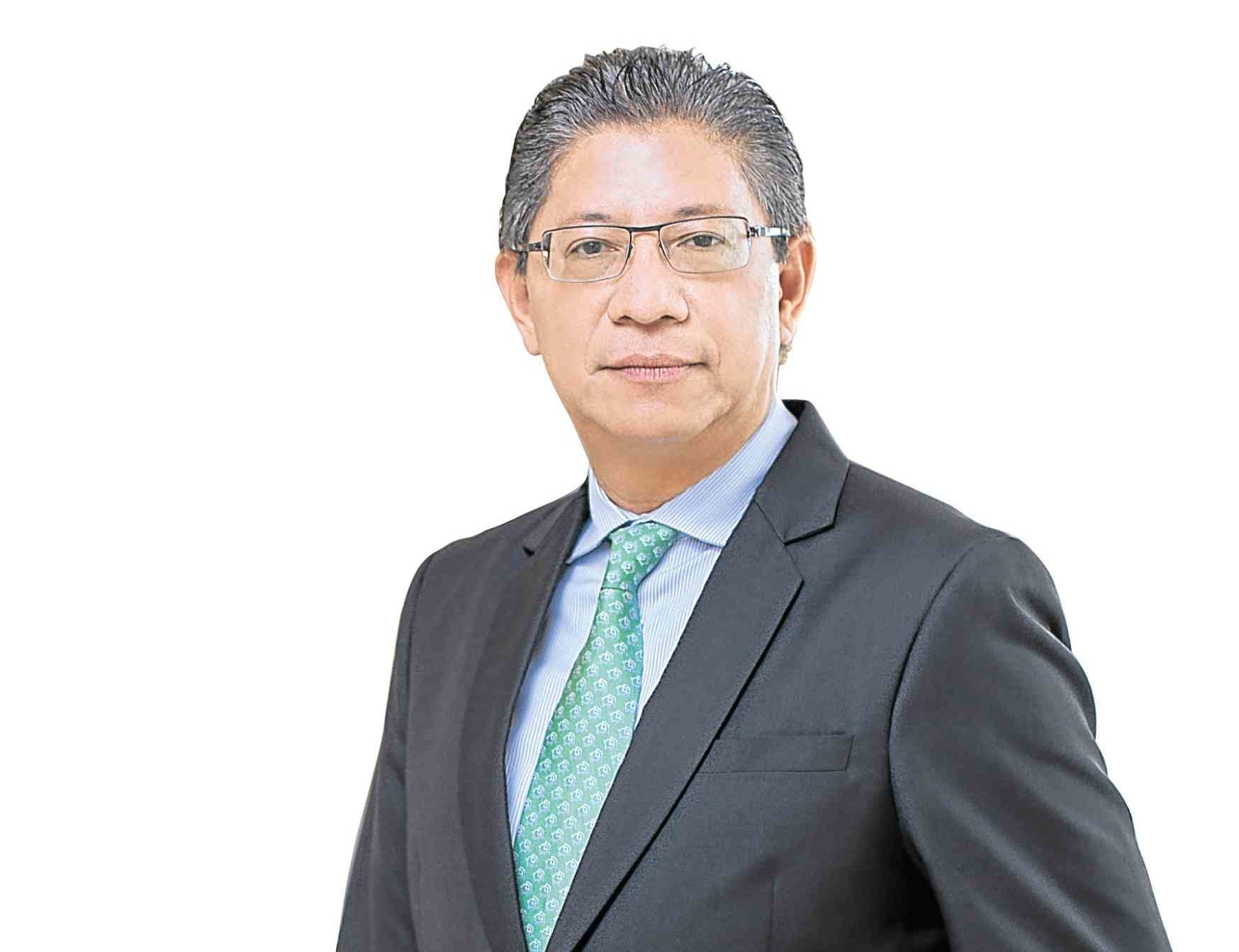 It wasn’t part of his plan. Neither did he envision himself being at the helm of one of the country’s oldest players in the Philippine real estate industry.

All that Jaime E. Ysmael wanted then was to find a job as soon as he graduated.

But whether it’s by fate, by providence or a stroke of luck, the certified public accountant now finds himself leading Ortigas & Co., as its chairman, president and chief executive officer, with a goal of transforming the company into one of the top and most reputable real estate players in the country.

“I had no knowledge then of what my eventual involvement will be when I was still studying. I just wanted to graduate as quickly as I can. At that time, I thought accounting, which was then a popular course, was my quick ticket to joining the corporate world,” Ysmael shared in a recent interview with Inquirer Property.

“I’m the eldest and I took on a lot of responsibility for my family so I wanted to graduate as fast as I can, even forgoing the other scholarships that I had,” Ysmael recalled. 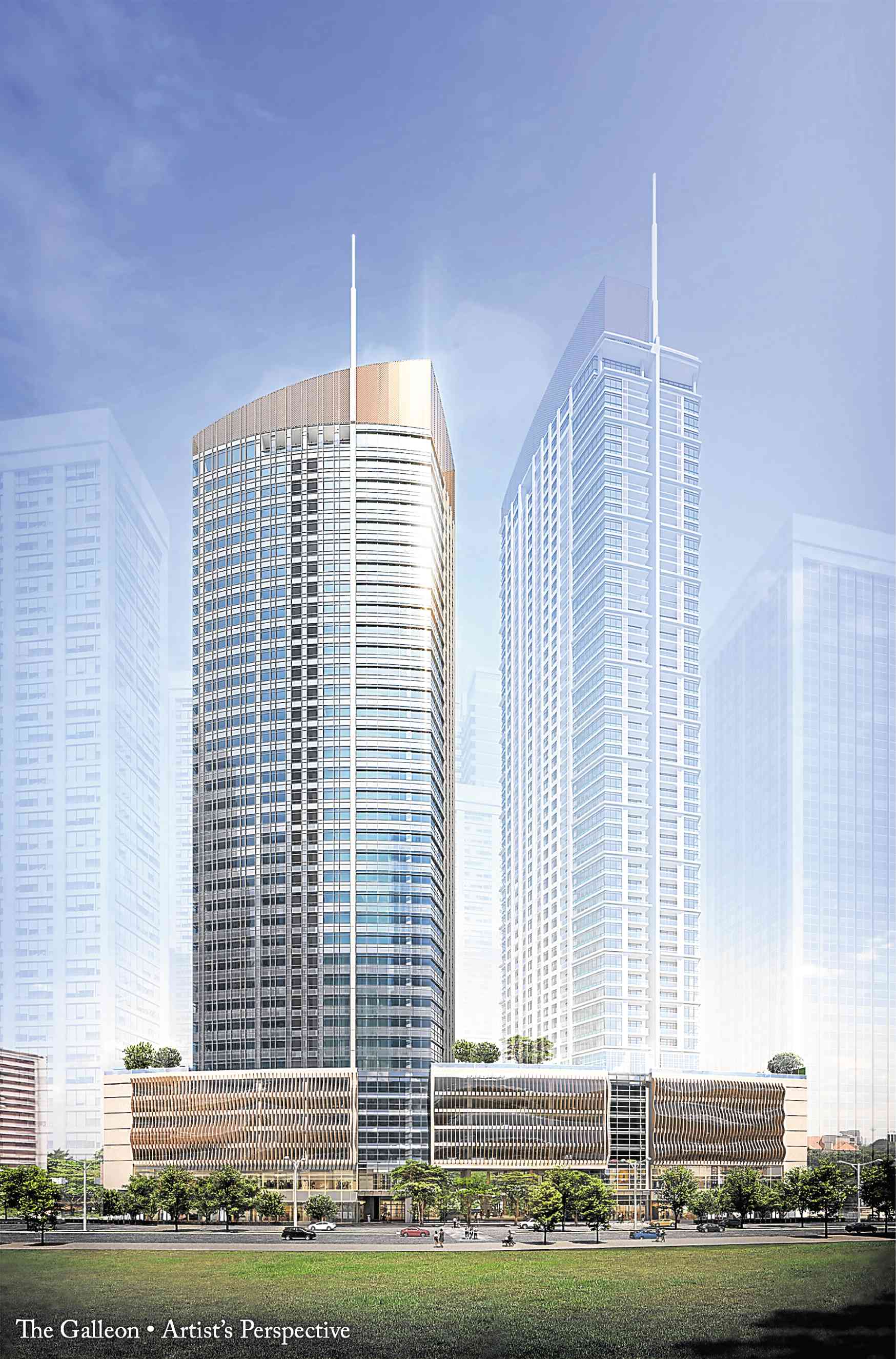 Ysmael got scholarships from the Ateneo de Manila University and University of the Philippines, which he decided to forego because for one, both schools were far from their home in Sampaloc, Manila. Also, the miscellaneous fees in Ateneo were still expensive even though his tuition was already free, while his course in UP would take five years to complete. And at that time, his desire was “just to make a living and help the family as quickly as I can.”

“I started my career as a CPA. I worked with SGV and at that time, I could say that I may have indirectly started my career in the real estate industry because the Ayala Group of Companies was a big client of ours. Ayala Land was not even born yet, and was still a division of Ayala Corp. So in a way, that gave me an initial overview of what the real estate industry is in the Philippines,” Ysmael recalled.

While Ysmael handled many other clients for SGV, he said it was Ayala that gave him his “main exposure” to real estate. Back then, he recalled the industry to be vastly different as it was mostly about horizontal projects.

And in a way, the experience of working with SGV opened doors of opportunities for Ysmael, who called his experience with the company as a “very good assignment because it grounded me on what it takes to actually succeed, the work ethics that I learned from the job, and the network which up to now I was able to tap into.” 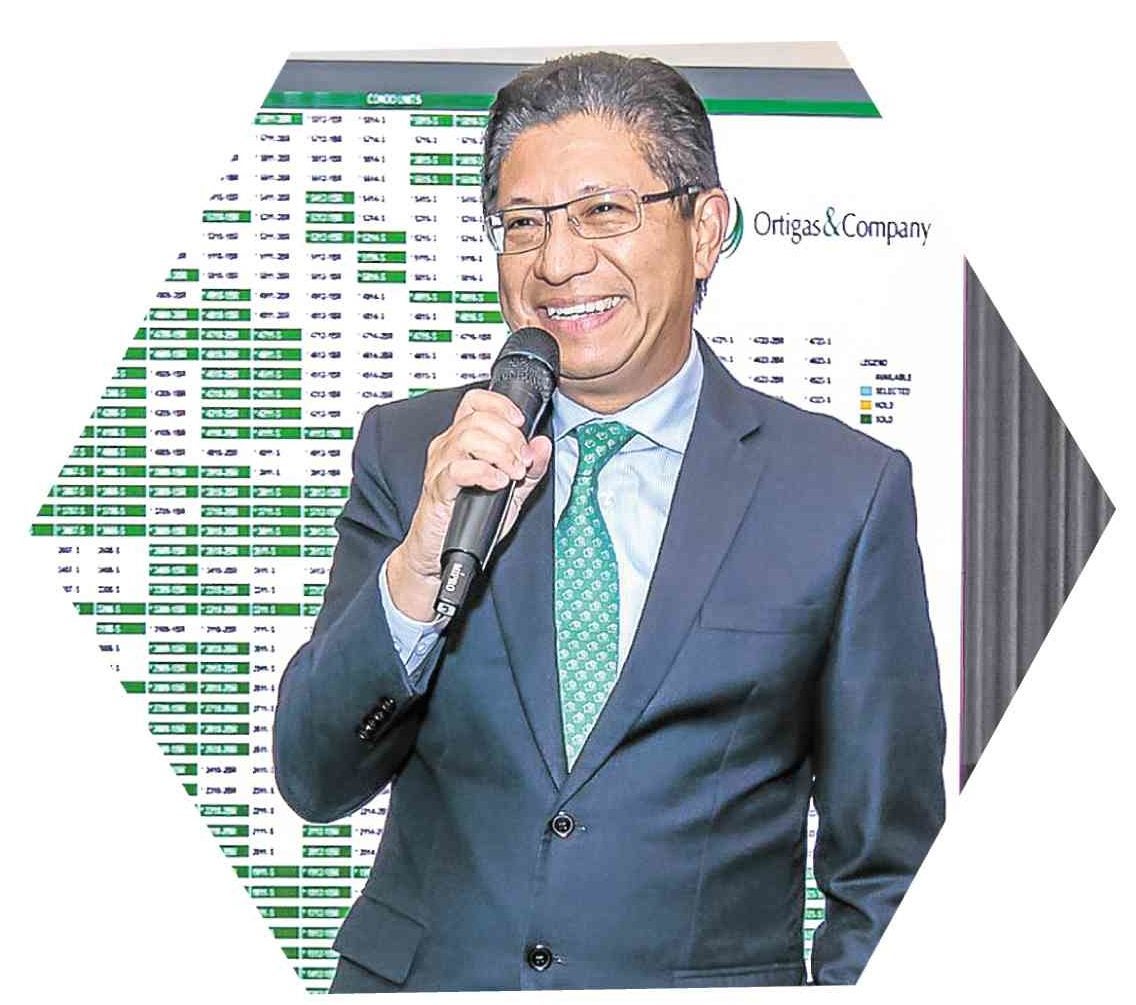 Ysmael brings with him a wealth of experience, expertise and knowledge into Ortigas & Co.

The opportunity then came for Ysmael to join “the other side” or the client side, when Jaime Augusto Zobel de Ayala, then head of strategic planning at Ayala Corp., asked him to join the company. That was in 1991, the same year when Ayala Land was listed at the local bourse.

“Whether it’s by stroke of luck or providential, I was given the chance to work for Ayala Corp. I was with strategic planning then and the way it worked there was that managers were assigned group of companies to look after. Ayala Land was part of my portfolio, as well as the automotive business and Globe,” Ysmael explained.

“Around 1995 or 1996, I had the opportunity to be seconded from Ayala Corp. to Ayala Land, first as controller and then as CFO, and that gave me a direct view of how a real estate company actually works,” he added.

Ysmael acknowledged that this bigger role in Ayala Land allowed him to wear unique lens, enabling him to see the entire process—from strategic planning, project approvals, budget reviews, up to risk management, investor relations, among many others. And for a short while, Ysmael had the chance to head the hotel group of Ayala. 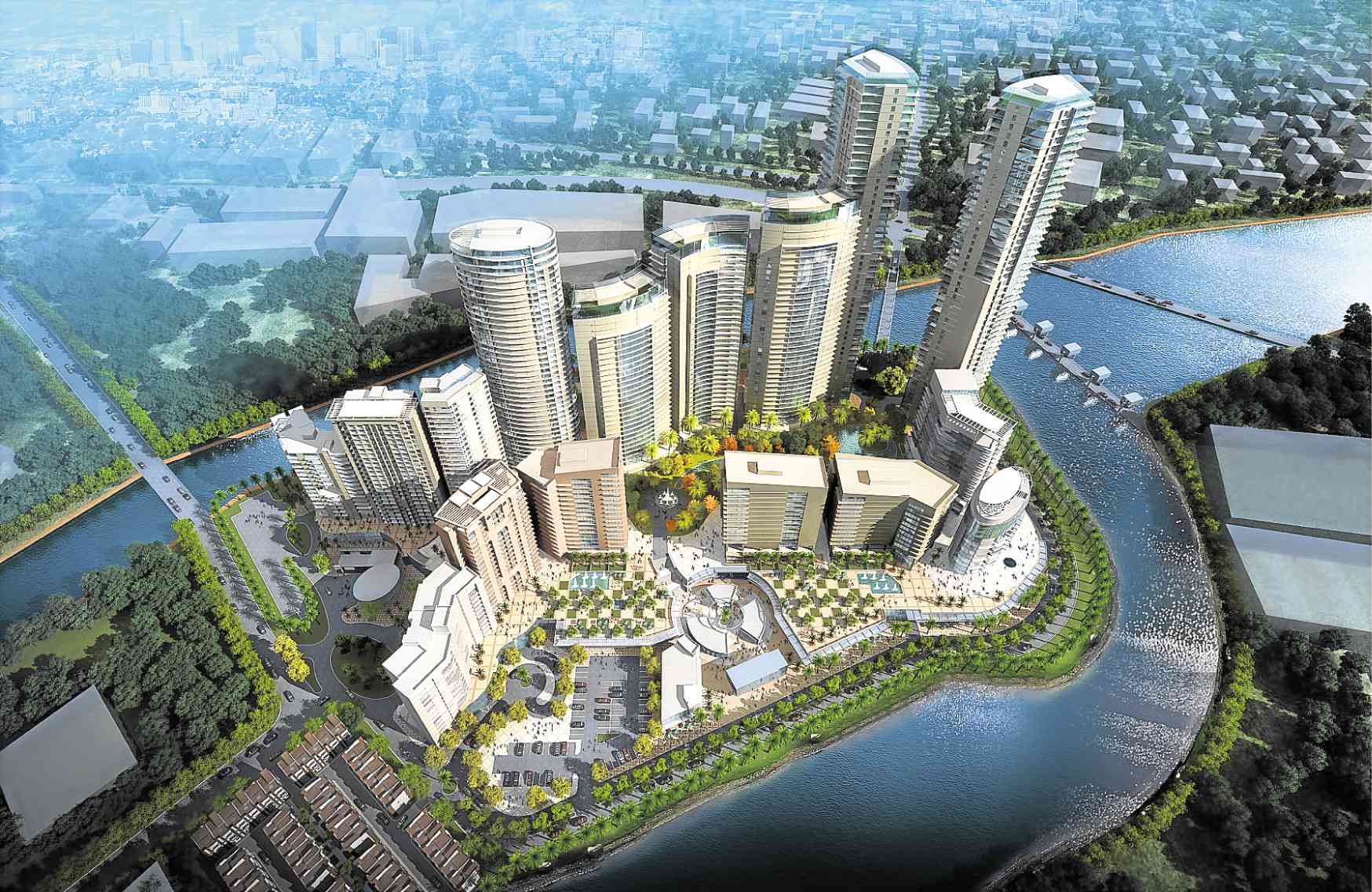 A fresh opportunity came in 2014 when Ayala Land Inc. and SM Prime Holdings formed a partnership to unlock values in Ortigas & Co. According to Ysmael, he was among those who helped form the partnership, and was then given an assignment in the newly formed group.

“That was in November 2014 when the groups decided to work together. I still had my role as CFO of Ayala Land then while I held an operating role for Ortigas—until April 2017, when they assigned me here full time because it needed full attention given all the things we were doing in Ortigas & Co.,” Ysmael explained. “Breaks came my way, and it just so happened that it was in real estate. I didn’t see myself before as a real estate guy.”

Ysmael brings with him a wealth of experience, expertise and knowledge into Ortigas & Co., having had the chance to witness the boom-and-bust economic cycles in the Philippine economy, political conflicts, civil wars, among others. And in all these cases, he saw first hand how companies had reacted and were affected.

“Hence, one learning that I bring with me wherever I am is that it’s good to be aggressive in terms of your plans, but make sure you’re financially conservative, that you have risk mitigating measures to counter any possible risk. You need to be aggressive but you also have to find ways to finance that aggressive expansion without having to sell the company to the bank, so to speak,” Ysmael said. 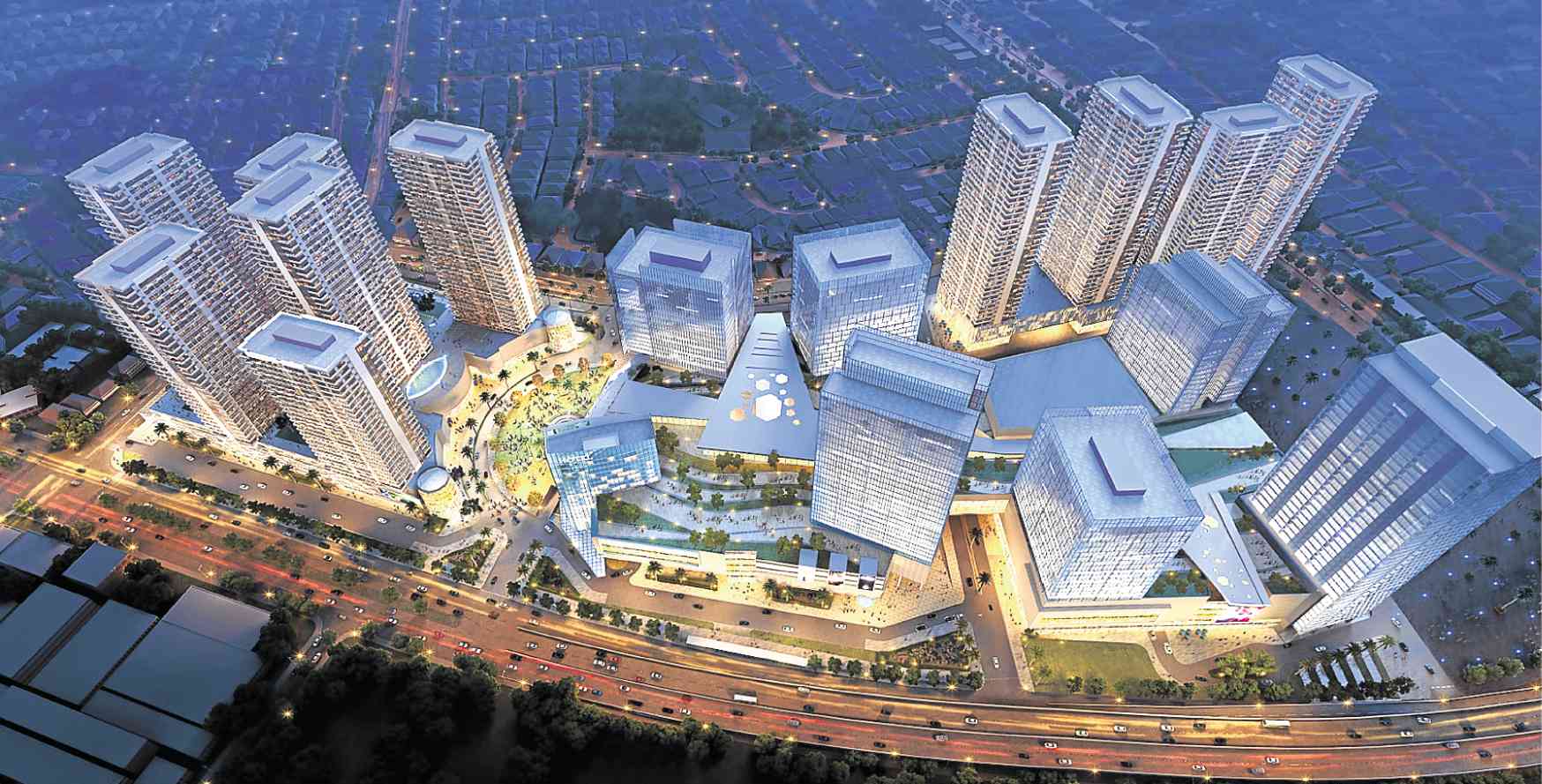 Ortigas is undergoing a transformation and rebranding to make it more attuned to the changing needs of its market.

Ysmael definitely has a lot on his plate today, two years after he was appointed to his current position. Ortigas & Co., under the new partnership, is undergoing a massive transformation and rebranding that will make it more attuned to the changing needs of its market. Over the past several years, Ortigas & Co. has been stepping up its game, rolling out changes within the company to optimize all assets, and creating innovative offerings for the discerning market.

He noted that real estate industry is much more complex. The vertical market was not there 10 years ago. It used to be limited to the high end market but now, it’s made more affordable. The macro economic environment is also stable, so affordability has improved dramatically. Add to that the challenge of rapid urbanization, brisk consumer spending, the entry of business process outsourcing companies which provided additional job opportunities.

“I’ve seen the legacy of the brand and its development history. With the new partners in place, I have this unique opportunity to bring in the best of breed so to speak and come up with something unique that will reflect the new Ortigas brand which we are currently enhancing,” Ysmael said.

“The first order of the day is to take stock of what we have, and try to optimize their intended use. We reviewed all the masterplans of the four major estates, and we also operationalized the estate management concept for accountability… We want to make sure that we create livable, workable, playable communities for our intended customers,” Ysmael explained. 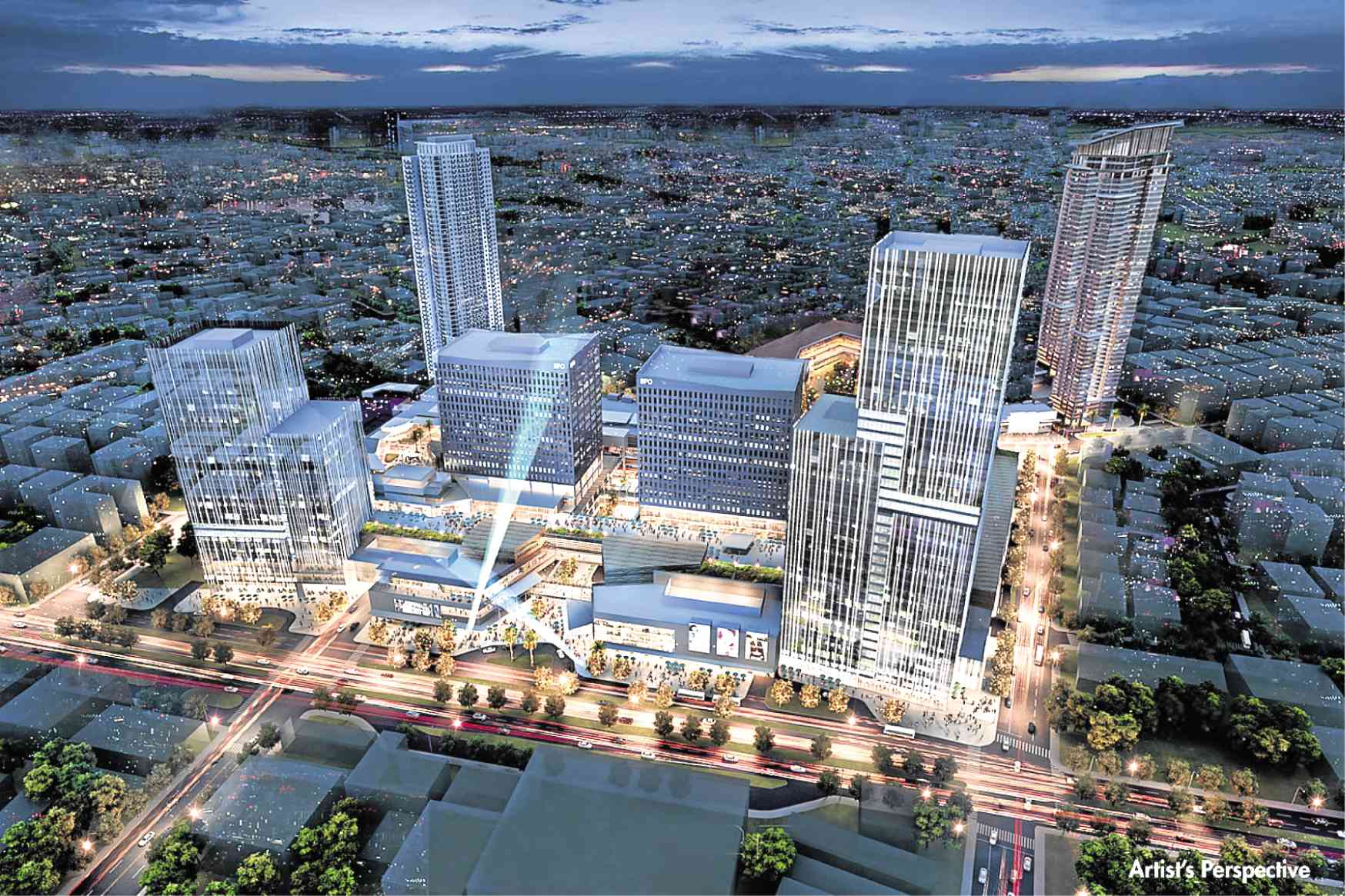 These four estates include the 16-ha Greenhills Center, where a P60-billion redevelopment plan is underway; the 10-ha Capitol Commons, a new destination for luxury living; the 10-ha Circulo Verde, a suburban sanctuary in the city; and the 16-ha Ortigas East, an ecostate along the bustling C5 corridor.

“It’s all work in progress. We’re building up the organization so we can execute well all the plans we have. We earlier launched a transformation roadmap and we’re continuing that transformation,” he said.

Amid all the massive transformation and rebranding efforts of Ortigas & Co., Ysmael admits that, while he earlier did not imagine himself being in this sector, real estate is actually a nice industry to be in.

“Personally and professionally, I was glad to have the chance to be in the real estate industry which is not only a key driver of economic growth. It is also key in transforming the lives of its customers as it offers enhanced living, working and shopping conditions. It uplifts the standards of living and well being,” Ysmael said. “Even if I had the chance to rewind my career and start fresh, real estate is still the industry I want to be involved in.”