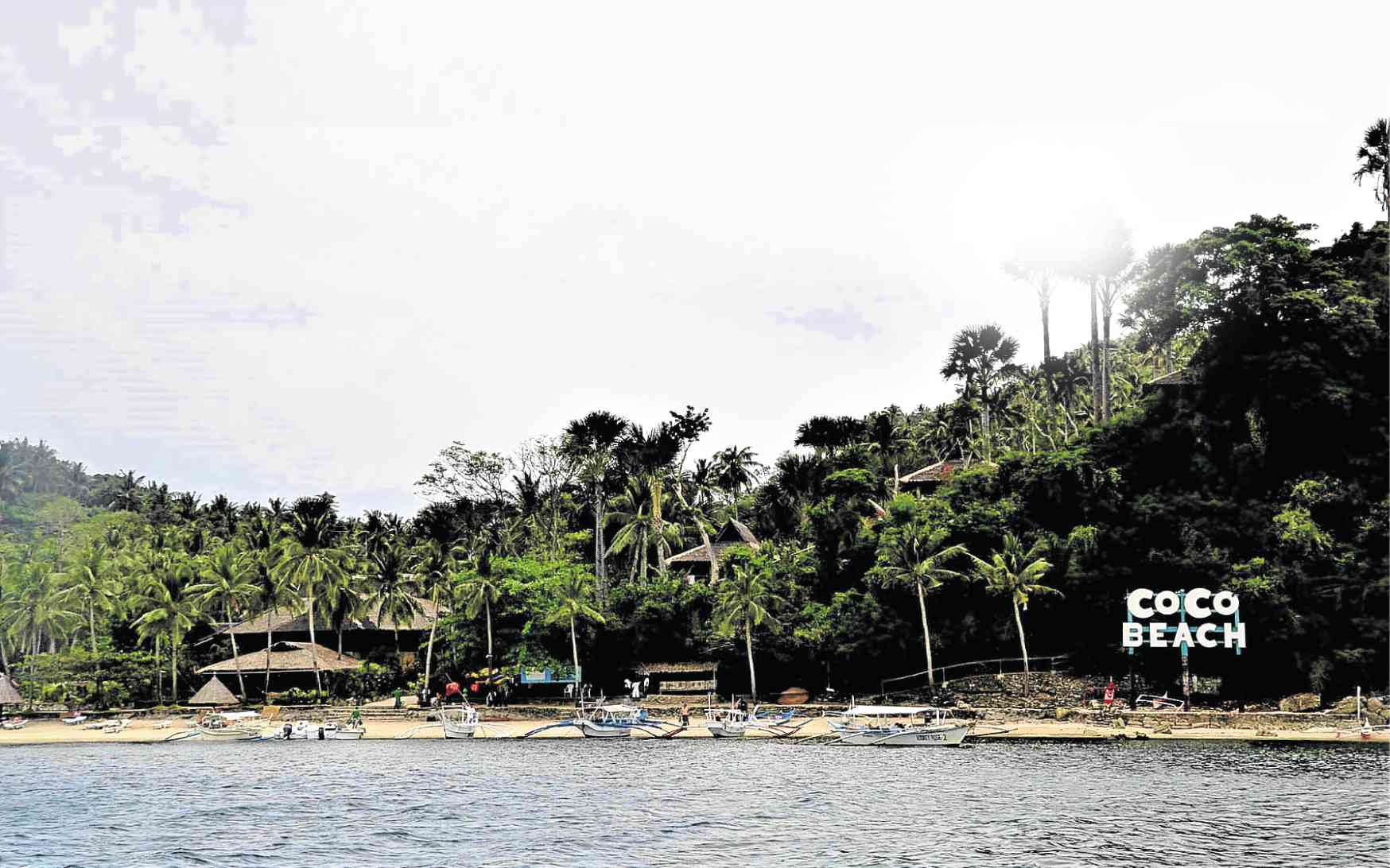 For centuries, the bucolic town of Puerto Galera in Oriental Mindoro has been one of the archipelago’s proverbial best-kept secrets, with its lush forests, powdery beaches and rich underwater world.

Literally meaning “port of galleons” in Spanish, Puerto Galera then hosted ships that would drop anchor on its coves for shelter before proceeding to its Manila-Acapulco route.

The world would hear first of its allure in 1973, when it was declared by the Unesco as a Man and Biosphere Reserve, a prestigious global list of places known for their exceptional biodiversity. Another accolade came in 2005 when it was inducted into the Most Beautiful Bays of the World Club, a 27-nation Paris-based non-government organization.

With its remarkable profusion of aquatic life, Puerto Galera would be named by conservationists as the “center of the center” of marine biodiversity with its strategic location in the heart of the world’s “Coral Triangle” in Southeast Asia.

With the South Tollway Arterial Road which extends up to the port of Batangas City, the introduction of fast craft, and regular AirTrav seaplane flights, this resort town became like a next-door neighbor to the big city. 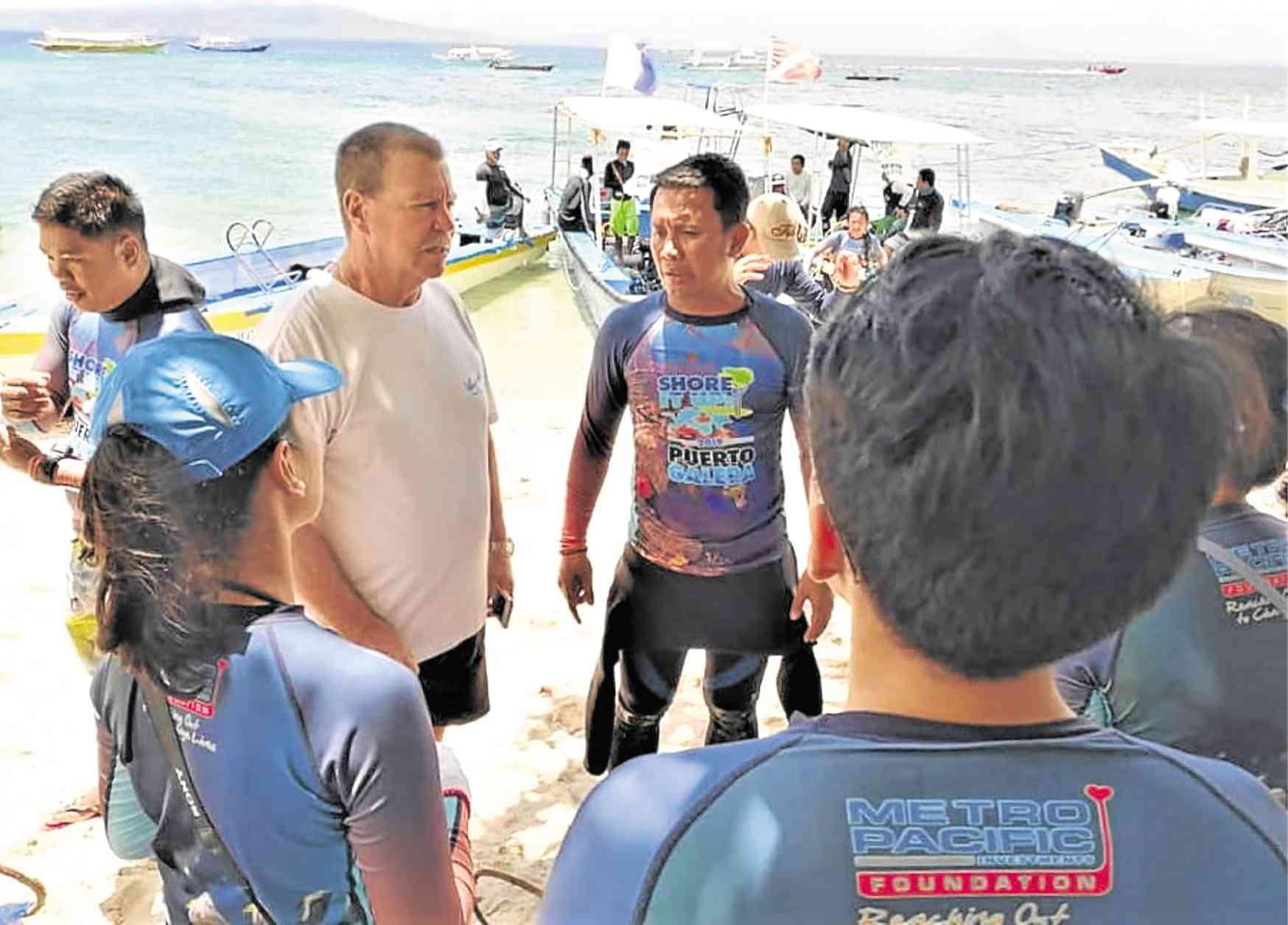 Mayor Ilagan at the Shore It Up cleanup program

With the flourishing of tourism in the past decades, the town’s masterplan has been overtaken by the construction boom and runaway commercialization, resulting in chaotic zoning and water pollution in the tourist colony of Sabang. To remedy this festering problem, the municipal government is putting in place the long-delayed P100-million wastewater treatment plant to improve water quality in the prized zone.

The town also collects a P50 environmental user’s fee per visitor since 2007 to cover material recover facilities in the barangays, solid waste management, tree-planting activities, and programs of the Municipal Environment and Natural Resources Office.

To strengthen the town’s Bantay Dagat volunteers in monitoring of illegal practices, Mayor Rockey Ilagan signed a memorandum of agreement with the Metro Pacific Investments Foundation for a three-year cooperation under the latter’s Shore It Up program. 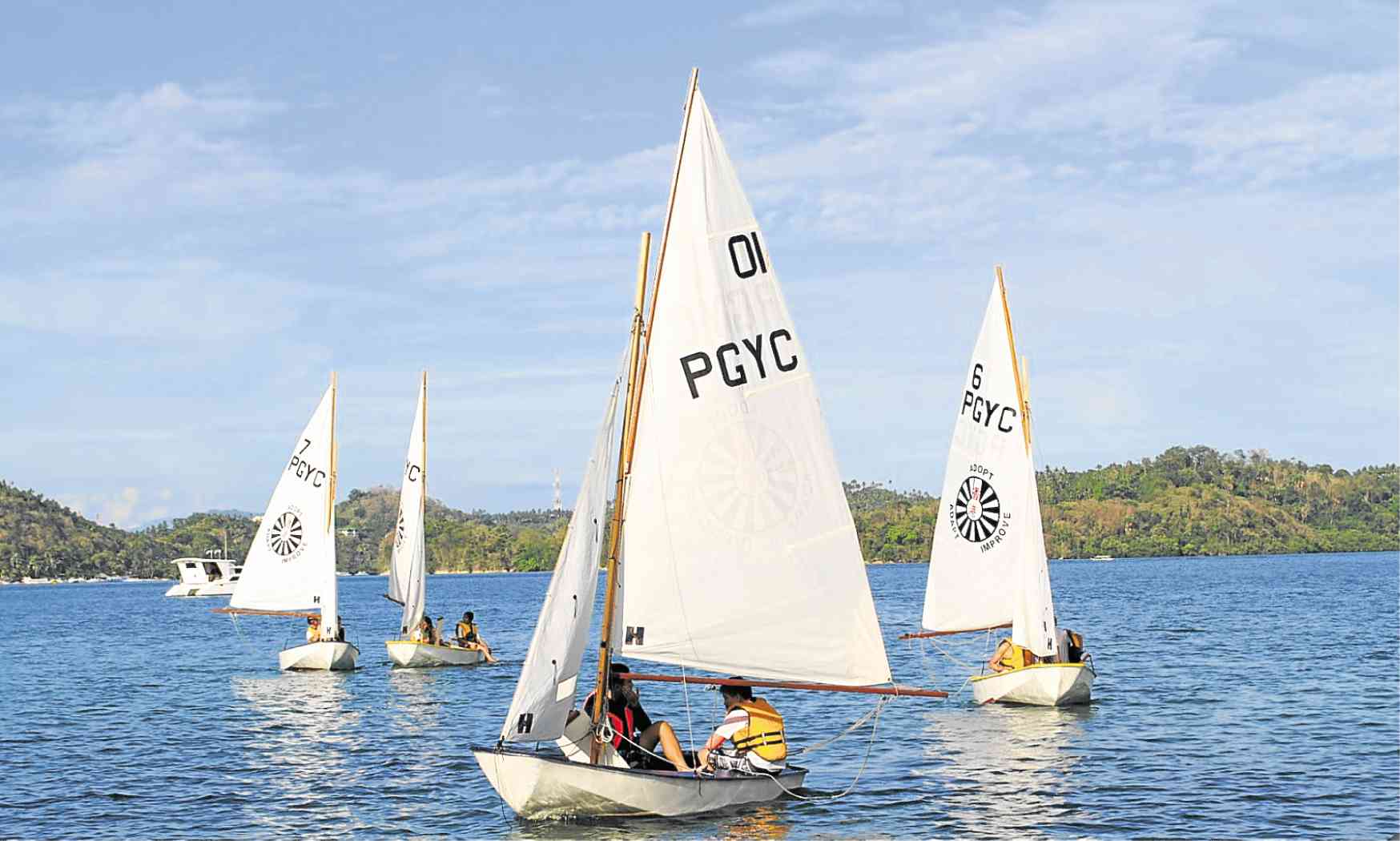 Under the MOA, Metro Pacific will provide enhancement trainings and scuba diving courses to selected fish wardens and Bantay Dagat who will be called Marine Protection, Inspection and Conservation Guardians (MPIC Guardians). The volunteers will be provided monthly allowances, uniforms and equipment, and will be empowered by the local government in their marine monitoring activities.

The foundation made its initial foray into the town in 2010 when it pioneered a comprehensive underwater and coastal cleanup drive, followed up in 2013 by the Junior Environmental Scouts, an education component for public school children.

The recent scuba cleanup drew 145 divers and volunteers who collected 616 kilograms of garbage in the seabed and the coasts.

Ilagan, a dive master and resort owner, noted that this private initiative has encouraged the public sector to conduct periodic scuba and shore cleanups to sustain the marine ecosystem and the tourism industry, which is the lifeblood of their economy.

Down the road, the partnership aims to undertake a propagation of giant clams, which is one of the main draws for snorkelers at the Muelle Bay. 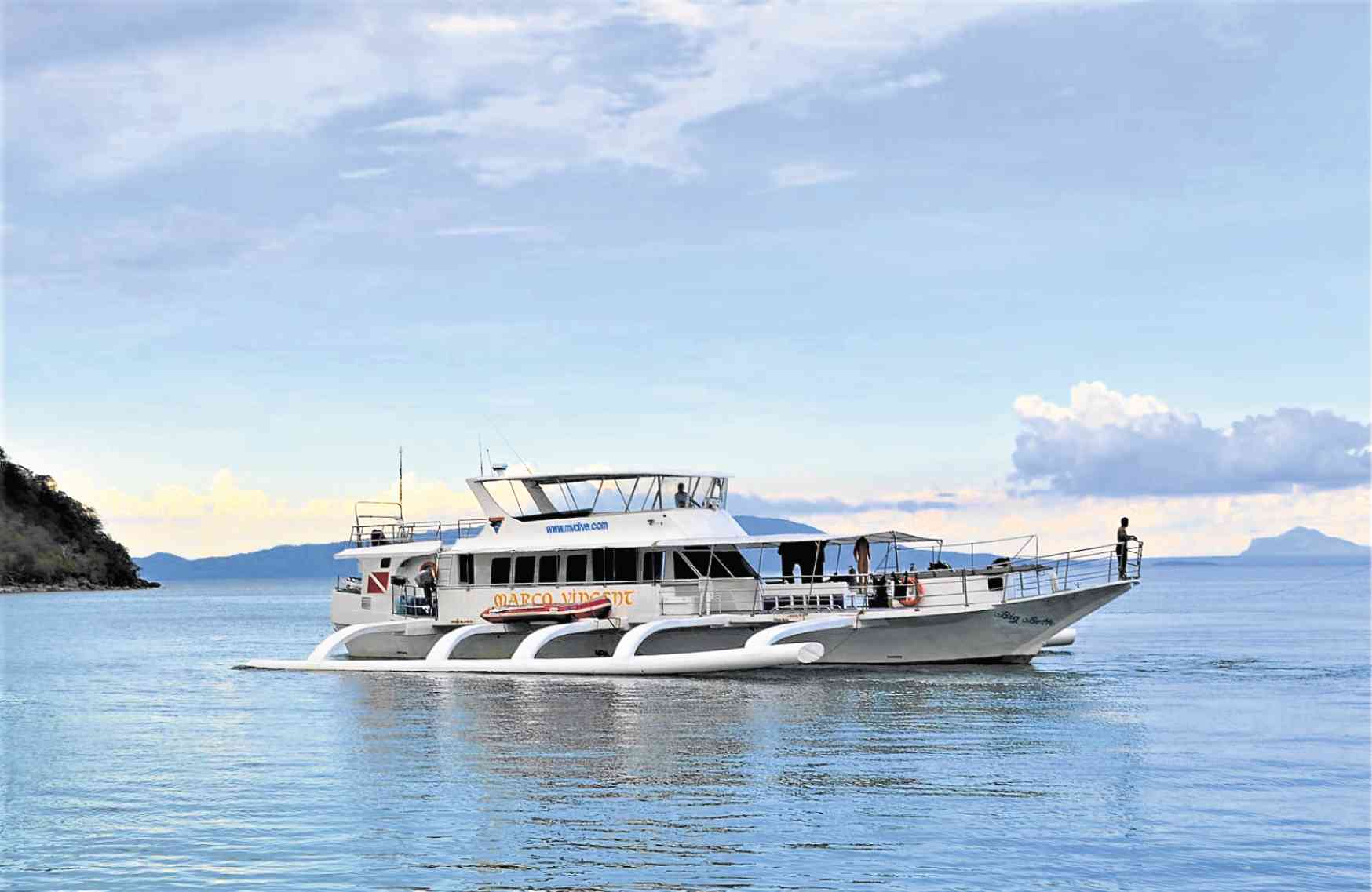 A first class municipality, Puerto Galera boasts of 240 accommodation and 66 homestays, with an aggregate inventory of 3,406 rooms and a bed capacity of 13,624. It also has 47 dive shops, 102 restaurants and 81 bars, and 22 conference facilities which can host an assortment of special events.

Among the biggest resorts are Infinity Resort & Spa, which touts itself as the most luxurious; the hilltop La Laguna Villas Luxury Dive Resort & Spa; and Coco Beach Island Resort, a 10-hectare native-themed recreational hub which is arguably the area’s pioneer and single biggest tourism property.

Puerto Galera has among the most expensive slices of real estate too. Barangay Sabang, which has the densest concentration of dive resorts and establishments, fetches about P50,000 per sqm, while property in White Beach in San Isidro goes for around P30,000 per sqm. Land values at the nearby and less dense Aninuan Beach are slightly lower at P25,000 per sqm, while Poblacion or the town proper ranges from P15,000 to P20,000 per sqm. 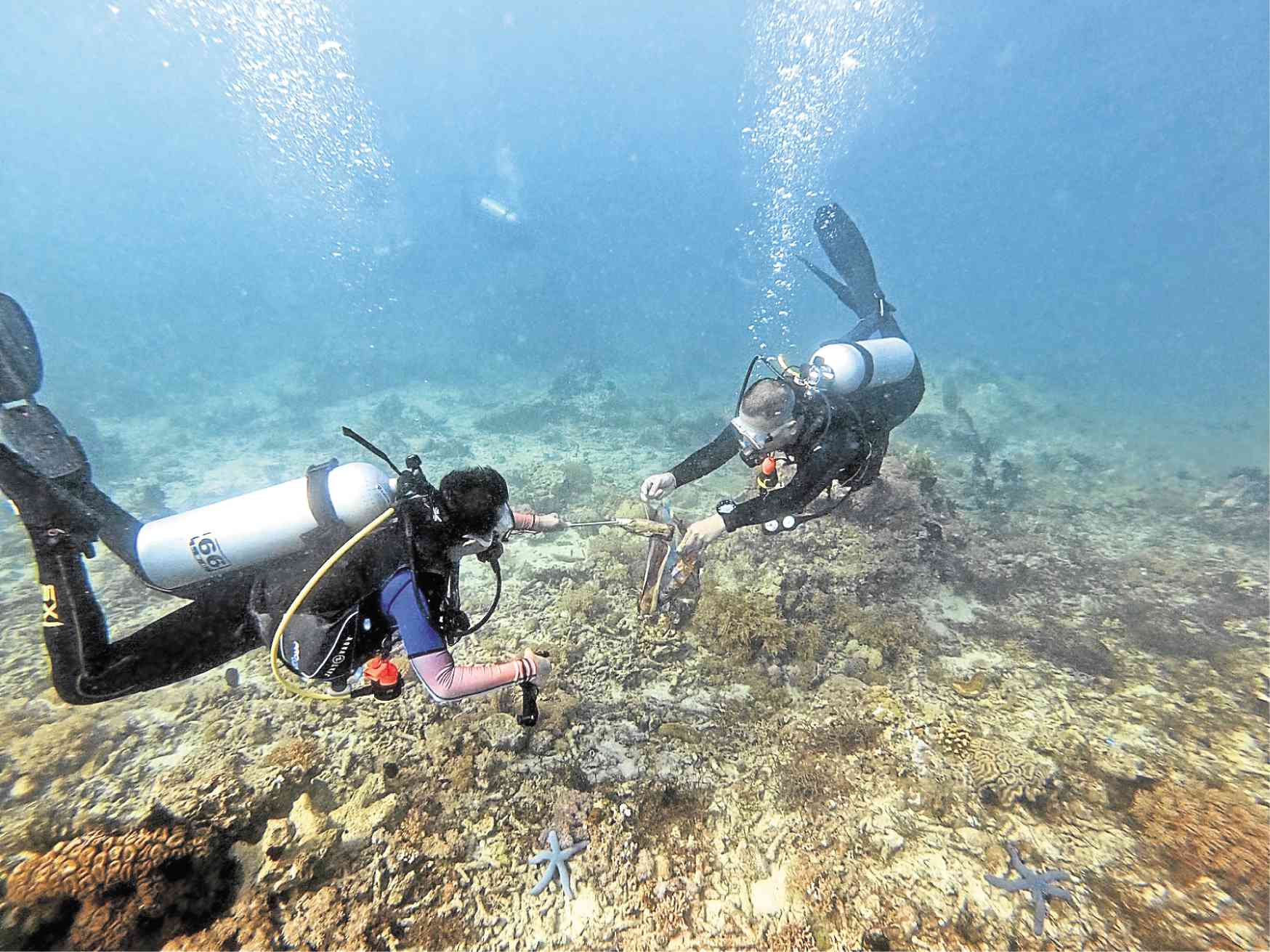 Based on the figures from the municipal assessor, it nets an average of P30 million in real property taxes annually, mainly from tourism and other sources, thus making this town one of the richest in Mindoro.

To spruce up the waterfront, the local government is implementing the P60-million Muelle Integrated Development Plan which is funded by the Tourism Infrastructure and Enterprise Zone Authority (Tieza). Set to be completed this year, it consists of a grandstand, promenade, baywalk, retail outlets, a galleon replica, and a museum.

Also being completed are the roads leading to these attractions, as well as portions of the circumferential highway which connects to Abra de Ilog, Occidental Mindoro’s gateway. Once opened, trading and tourism between the neighbor towns are expected to grow exponentially due to ease of travel.

With a new vision in governance, Puerto Galera is setting the benchmark for a successful marriage of tourism, business and the marine ecosystem.