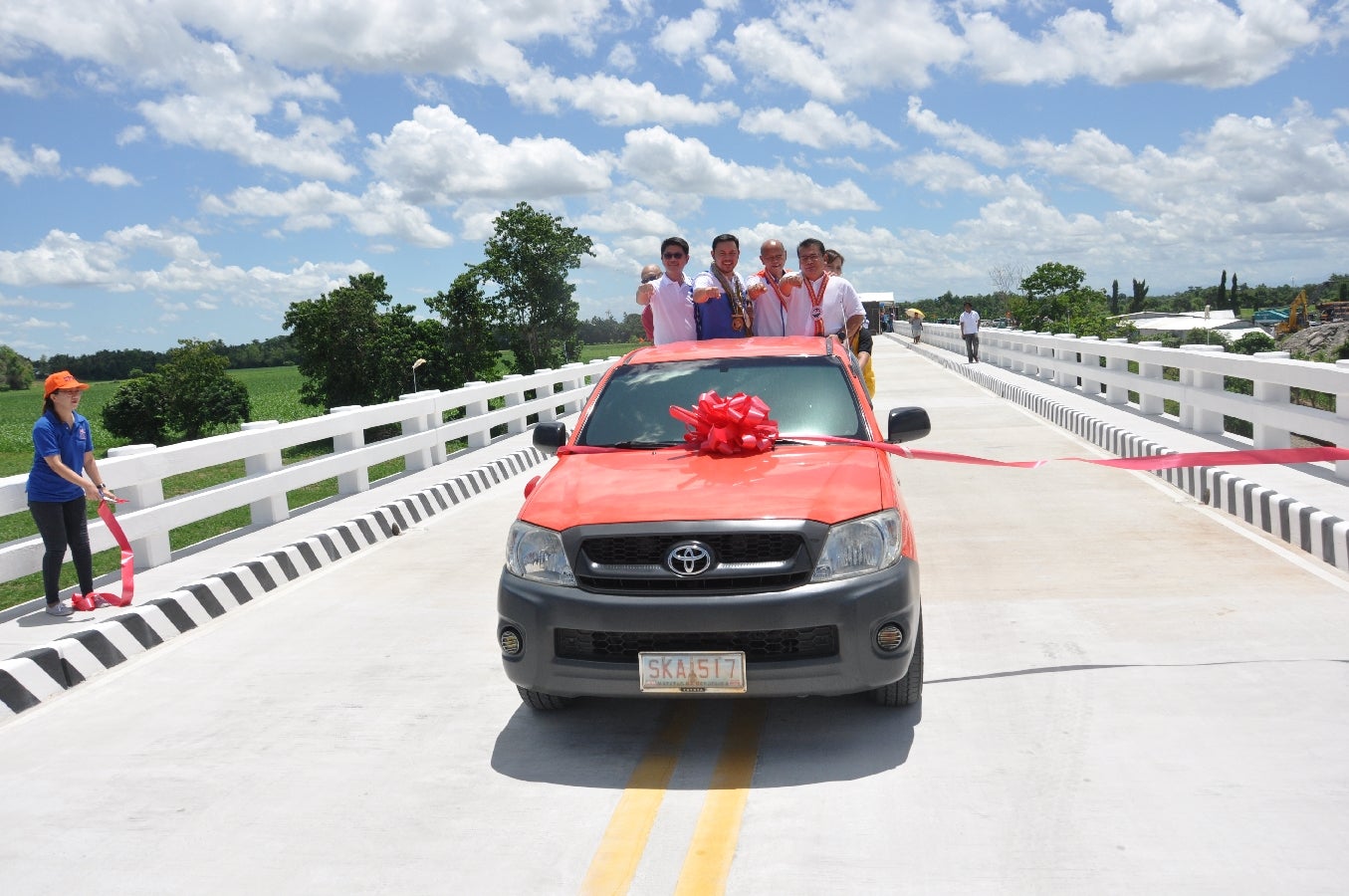 The Department of Public Works and Highways inaugurated on Thursday a bridge project in Isabela province that replaced an old structure devastated by powerful storms in 2011.

The new Pigalo Bridge, which crosses the Cagayan River, will serve as a vital link between the municipalities of Angadanan and San Guillermo, the DPWH said.

“With this bridge, travel time between the Barangays of Angadanan and San Guillermo will be shortened by 30 minutes, thus promoting faster and easier transport of goods and services,” Public Works and Highways Secretary Mark Villar said in a statement.

The DPWH said the new crossing was built in place of an older, dilapidated bridge that was destroyed by typhoons “Pedring” and “Quiel.”

According to the DPWH, the Pigalo Bridge has a project cost of P459 million. It was implemented by DPWH Regional Office 2 and involved the construction of a 450-meter long bridge with 250-meter approaches on each side.

It has a 7.32-meter carriageway with nine 2-2.50-diameter bored piles and two abutments with drainage structures and embankment protection works.