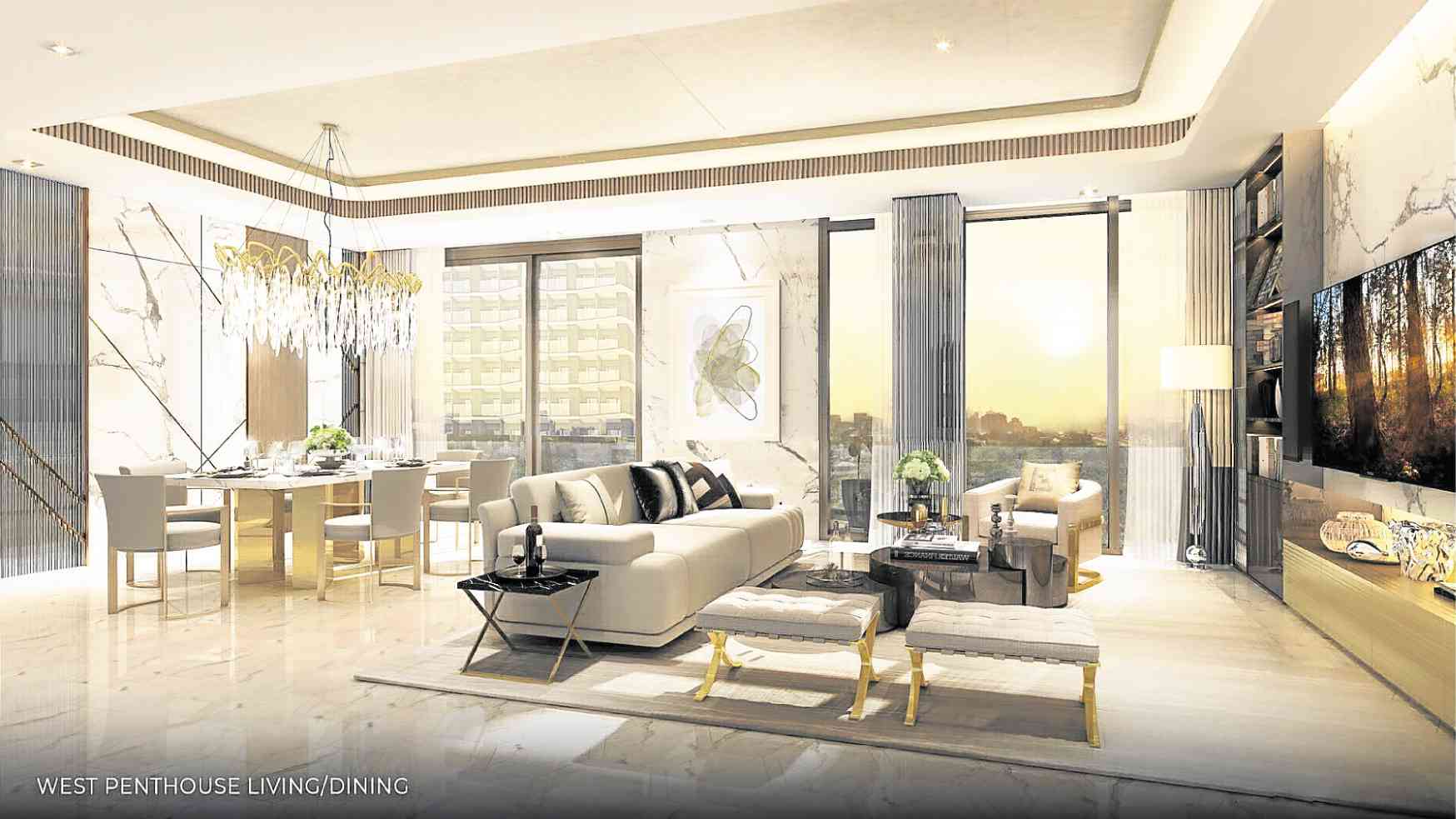 There is still room for growth within Metro Manila.

This time, however, property developers are setting their sights on reclaimed land, where an emerging business district is seen to hold a huge potential for their expansion plans.

“The lack of developable land in established business districts in Metro Manila compelled developers to look for alternative landbanking options. The popularity of reclaimed developments in the Manila Bay Area is gaining traction among developers and this reinforces the viability of reclaimed land as a highly feasible landbanking strategy,” said Joey Roi Bondoc, research manager at Colliers International Philippines.

“Land values in reclaimed areas have significantly increased due to the growing appetite for office, residential, and retail projects,” Bondoc added. 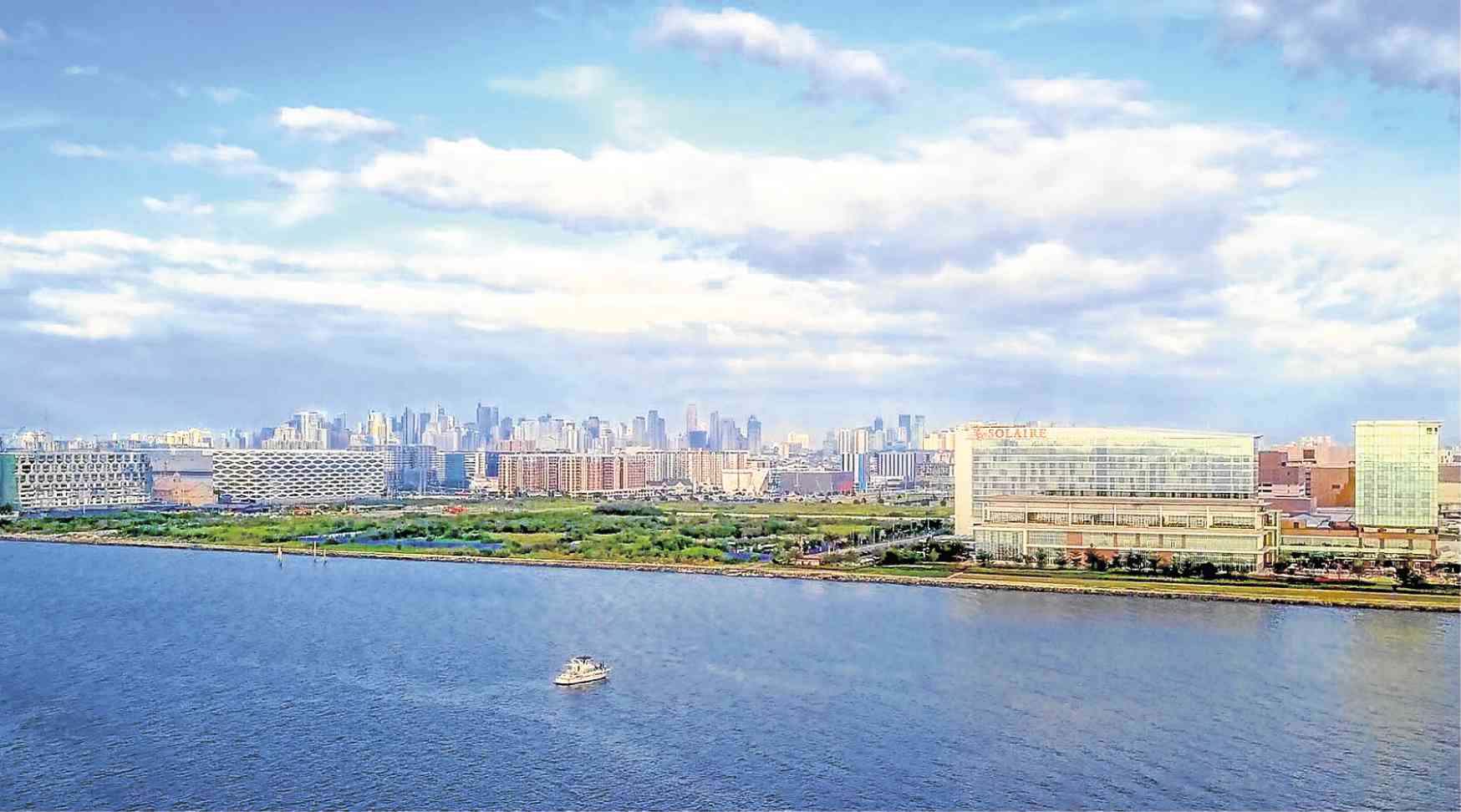 This only goes to show that the Manila Bay Area indeed holds much promise for the property developers, locators and residents who choose to invest in the area. Although a newer district, Manila Bay—this early—has clearly overtaken Ortigas Center in terms of growth and value.

“The new business district has overtaken Ortigas Center in terms of condominium stock and is even projected to overtake Makati CBD by 2021,” Bondoc said.

Whether it’s a residential, office or commercial project, the Bay Area clearly stands out, with many companies, investors and homebuyers now believing in the viability of this district. Such a robust demand has prompted many developers to latch on the opportunities—so much so that a good portion of the new supply of condominium units, offices and commercial spaces will rise from the Bay Area over the next several years. 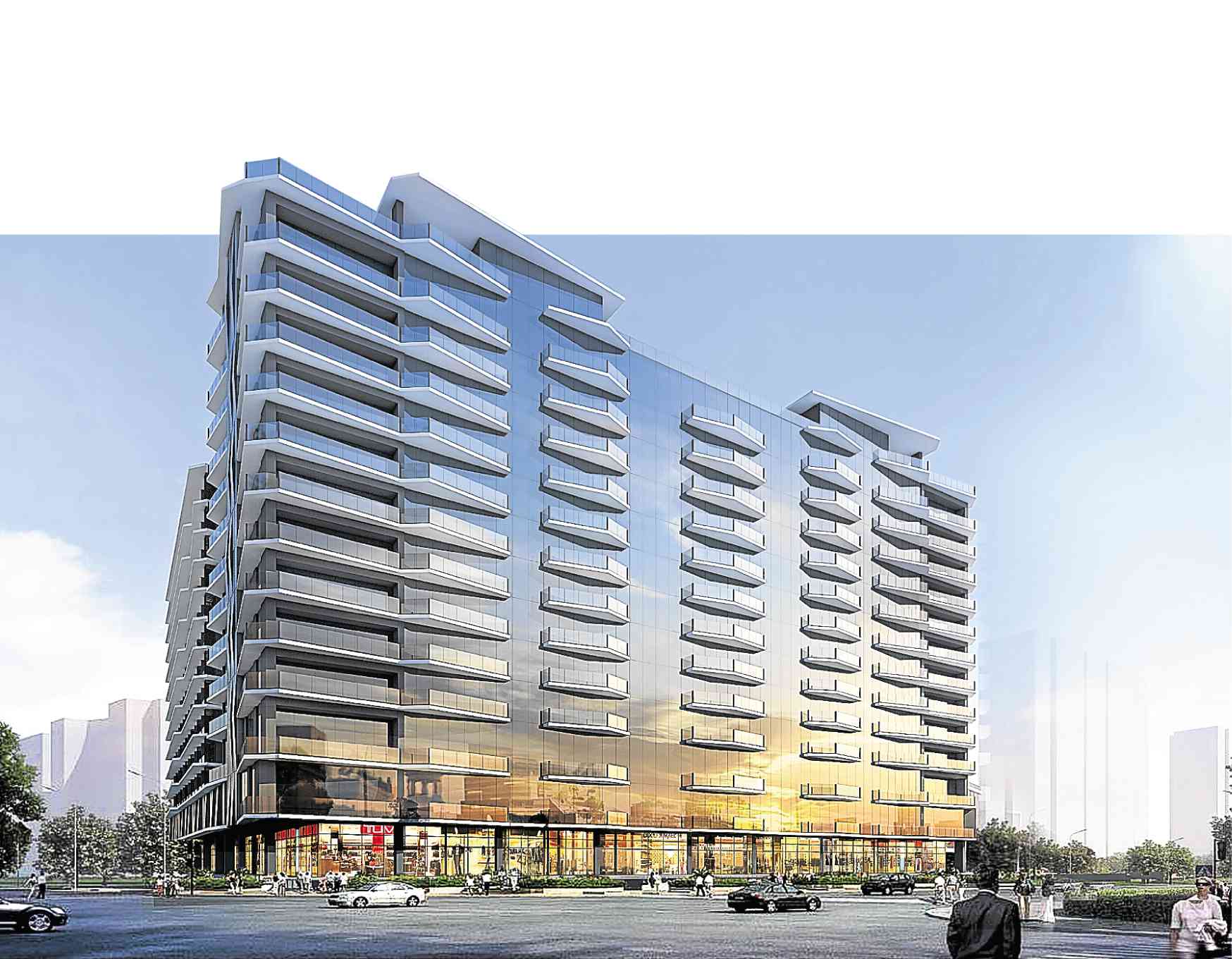 “The viability of mixed-use projects in the reclaimed Manila Bay Area is strengthened by the mix of completed and proposed public infrastructure projects nearby including Light Rail Transit (LRT) 1 Cavite Extension, Sangley Airport, and Metro Manila subway. The Bay Area has been benefitting from the development of Skyway and NAIA Expressway. The reclaimed business district has been attracting several outsourcing and multinational firms,” Bondoc said.

“Even government agencies are locating in the area. The entry of offshore gaming firms from China has raised the area’s attractiveness as a business district, resulting in tight office vacancy and rise in the prices of residential condominium projects. The Bay Area’s proximity to NAIA and other business districts such as Makati CBD, Alabang, and Fort Bonifacio makes the Bay Area an ideal investment hub,” he further explained.

That the Bay Area is a prime investment hub was long realized by upscale property developer Anchor Land Holdings Inc., a pioneer residential developer in this district. And to date, it already has a number of key projects offering prime office spaces and luxurious residential units. 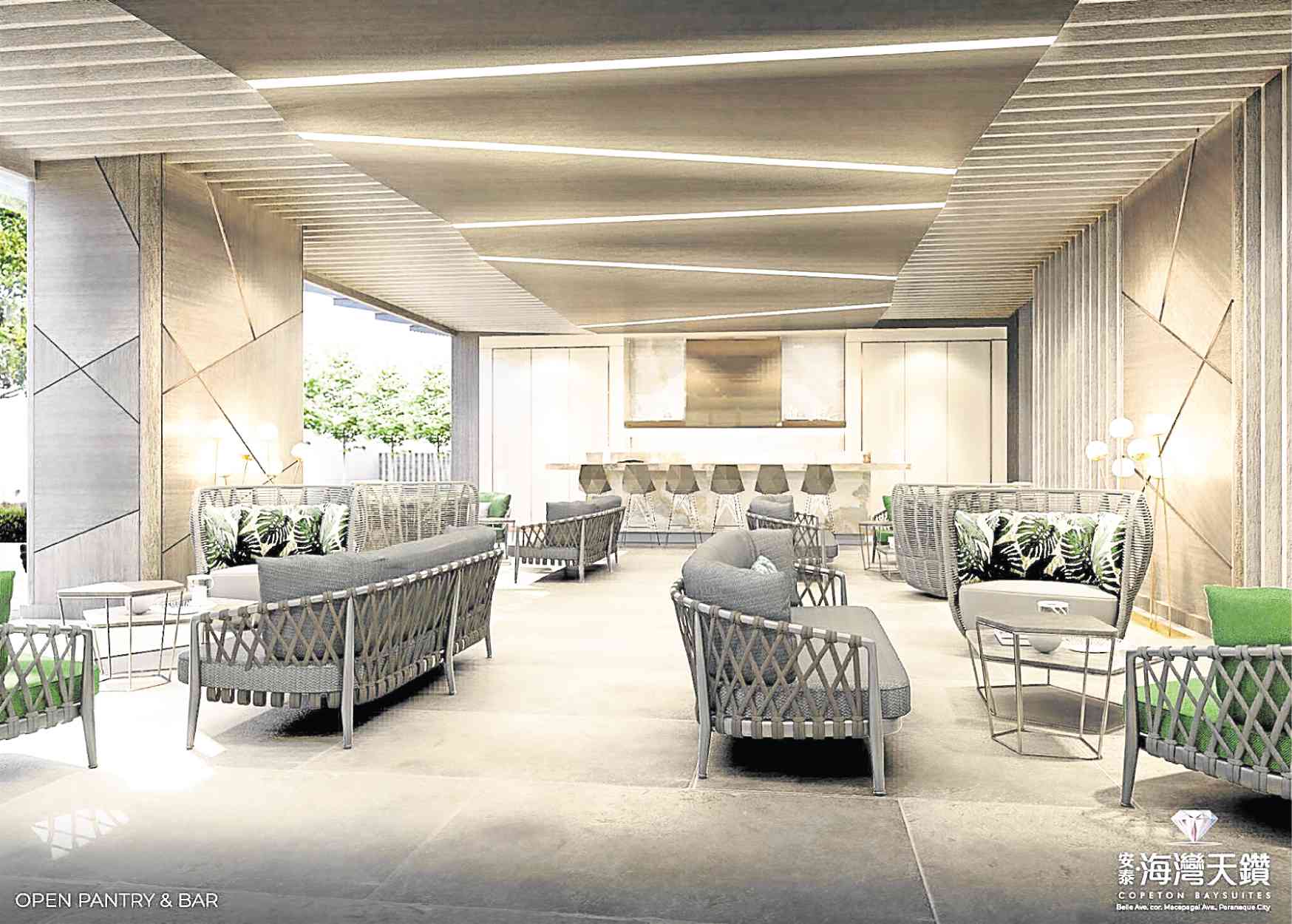 One such choice residential condominium being built by Anchor Land here is the 16-storey Copeton Baysuites, masterplanned to be an ultra-luxurious project that will rise along Macapagal Boulevard and right beside City of Dreams Manila, the heart of the gaming strip of Aseana. Named after Copeton Mine, a popular quarry where the hardest and most precious diamonds can be harvested, Copeton Baysuites was designed to match the extravagant lifestyle of Bay City.

Here, one can revel in an opulent living space within a self-contained community where every need and luxury is well within reach—be it for business, retail or leisure. It can surely keep up with the demands of today’s fast-paced lifestyle, enabling one to be at the heart of action.

Three premium quality towers with special features including curtained walls and double glazed glass window panels, will be offered to discerning clients, who have this limited opportunity to own part of the newest real estate masterpiece in the Bay City, that is the Copeton Baysuites.

Indeed, there is no better time to be in the Bay Area than now, when you can still grab the change to be part of an exclusive community within a bustling district. 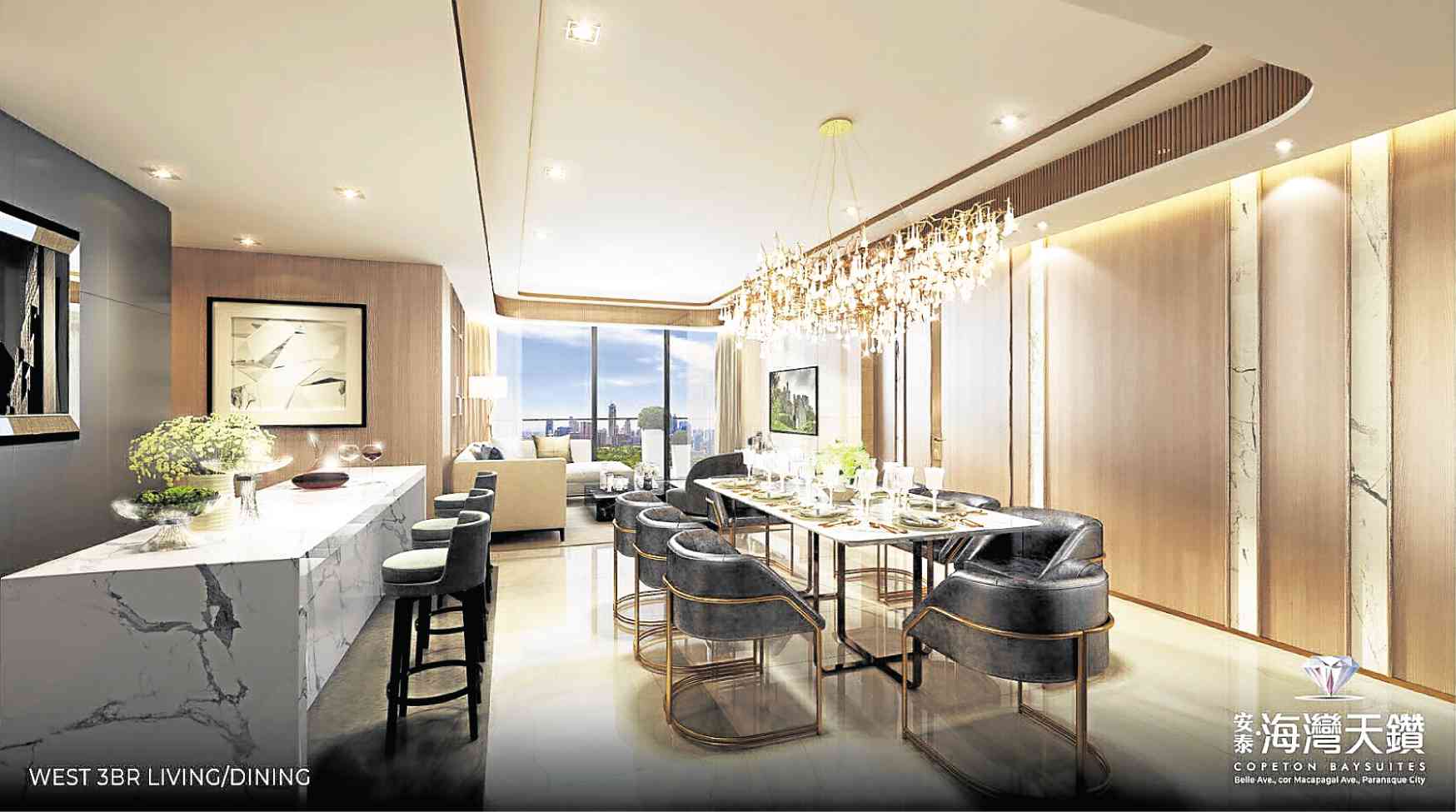 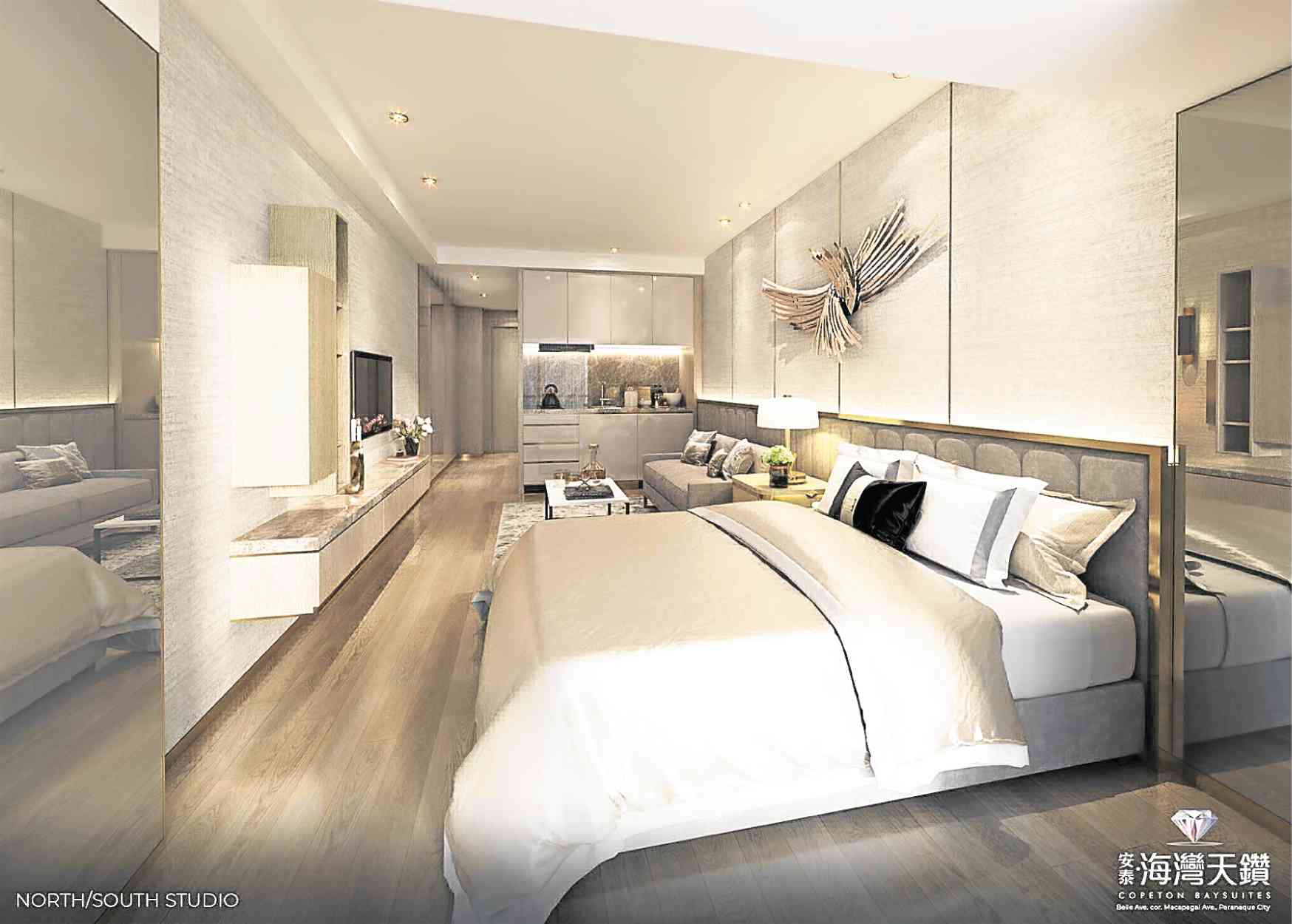