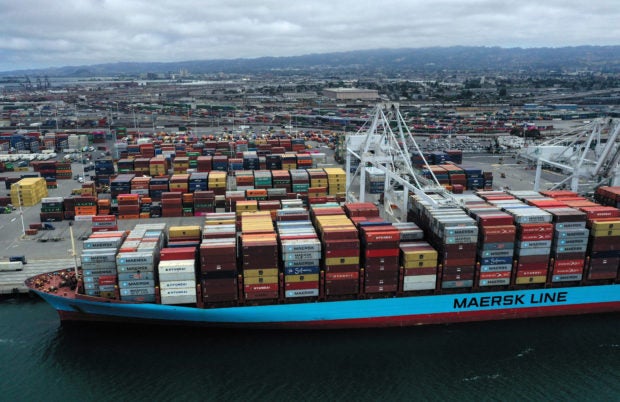 BEIJING — China accused the United States of “naked economic terrorism” on Thursday as Beijing ramps up the rhetoric in their trade war.

The world’s top two economies are at loggerheads as trade talks have apparently stalled, with US President Donald Trump hiking tariffs on Chinese goods earlier this month and blacklisting telecom giant Huawei.

“We are against the trade war, but we are not afraid of it,” vice foreign minister Zhang Hanhui said at a press briefing to preview President Xi Jinping’s trip to Russia next week.

“This premeditated instigation of a trade conflict is naked economic terrorism, economic chauvinism, and economic bullying,” Zhang said, stressing that China opposes the systematic use of sanctions, tariffs and protectionism.

“There is no winner in a trade war,” he warned.

China has hit back with its own tariff increase that will take effect June 1, while state media has suggested that Beijing could stop exports of rare earths to the United States, depriving Washington of a key resource used to make hi-tech products.

Meanwhile, state media and officials have stepped up the rhetoric, tapping patriotic fervor as the Communist Party digs in for what could be a long fight with the United States.

An anchor for the English-language state broadcaster China Global Television Network (CGTN) even held a rare debate on Thursday with a presenter from Fox Business Network to discuss the trade war after jousting on social media.

The debate between CGTN’s Liu Xin and Fox Business’s Trish Regan was civil, with the American journalist saying “I appreciate you being here” and the Chinese anchor inviting her to come to China, adding “I will take you around”.

But China’s propaganda apparatus has stepped up the rhetoric.

“We advise the US to not underestimate China’s ability to safeguard its own development rights and interests, and not to say we didn’t warn you,” the party’s mouthpiece, The People’s Daily, said in an editorial on Wednesday warning that rare earths could be used as a counter-measure.

China produces more than 95 percent of the world’s rare earths, and the United States relies on the Asian superpower for upwards of 80 percent of its imports.

US Secretary of State Mike Pompeo, asked about the rare earths threat during an interview, said that Americans have already “lost and suffered for decades under the current rules” and that Trump’s “singular focus is to push back” on China.

He renewed his attack on Huawei, saying there was a “deep connectivity” between the company and the Chinese state that had no parallel in the US system.

“If it’s the case that the Chinese Communist Party wanted to get information from technology that was in the possession of Huawei, it is almost certainly the case that Huawei would provide that to them,” he told the Fox Business Network.

Huawei has rejected the criticism and on Tuesday filed a motion for summary judgment, hoping it would swiftly win a lawsuit against US legislation that bars federal agencies from using the company’s equipment.

“This trade conflict will also have a serious negative impact on the development and revival of the global economy,” Zhang said Thursday.

While Washington and Beijing spar, Xi is preparing to meet with President Vladimir Putin from June 5 to June 7 as the neighboring giants forge closer ties.

China and Russia have broad consensus and common interests on the trade war issue, Zhang said.

“We will certainly respond to various external challenges, do what we have to do, develop our economies, and constantly improve the living standards of our two peoples.”