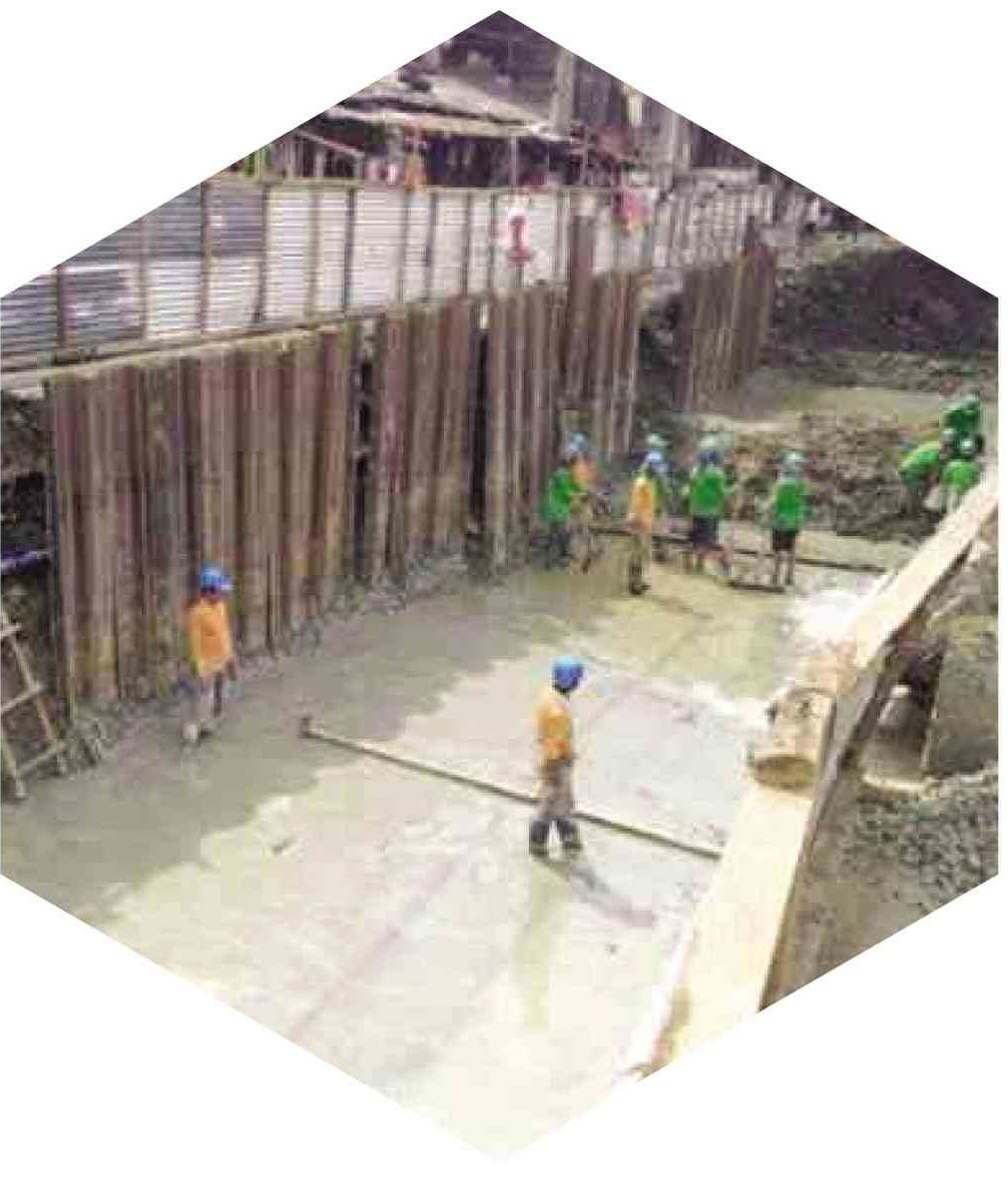 Any country frequented by typhoons would, at one point, need to ramp up its infrastructure spending for flood control and mitigation projects.

Case in point is the Philippines, which is visited by an average of 20 typhoons every year. While some storms merely pass the country and barely leave any mark, others come with torrential rains and massive flooding that could devastate large swaths of land, causing billions of pesos in damages and casualties.

Under the Duterte administration’s Build, Build, Build initiative, the government is rolling out a number of big-ticket infrastructure projects for flood control and mitigation.

One of its flagship projects is the $500-million Metro Manila Flood Control Management Project, which was reported to have started in January 2018. The project is partly funded by the World Bank and the China-led Asian Infrastructure Investment Bank (AIIB) for $207.6 million each. The remaining $84.7 million would be funded by the national government. 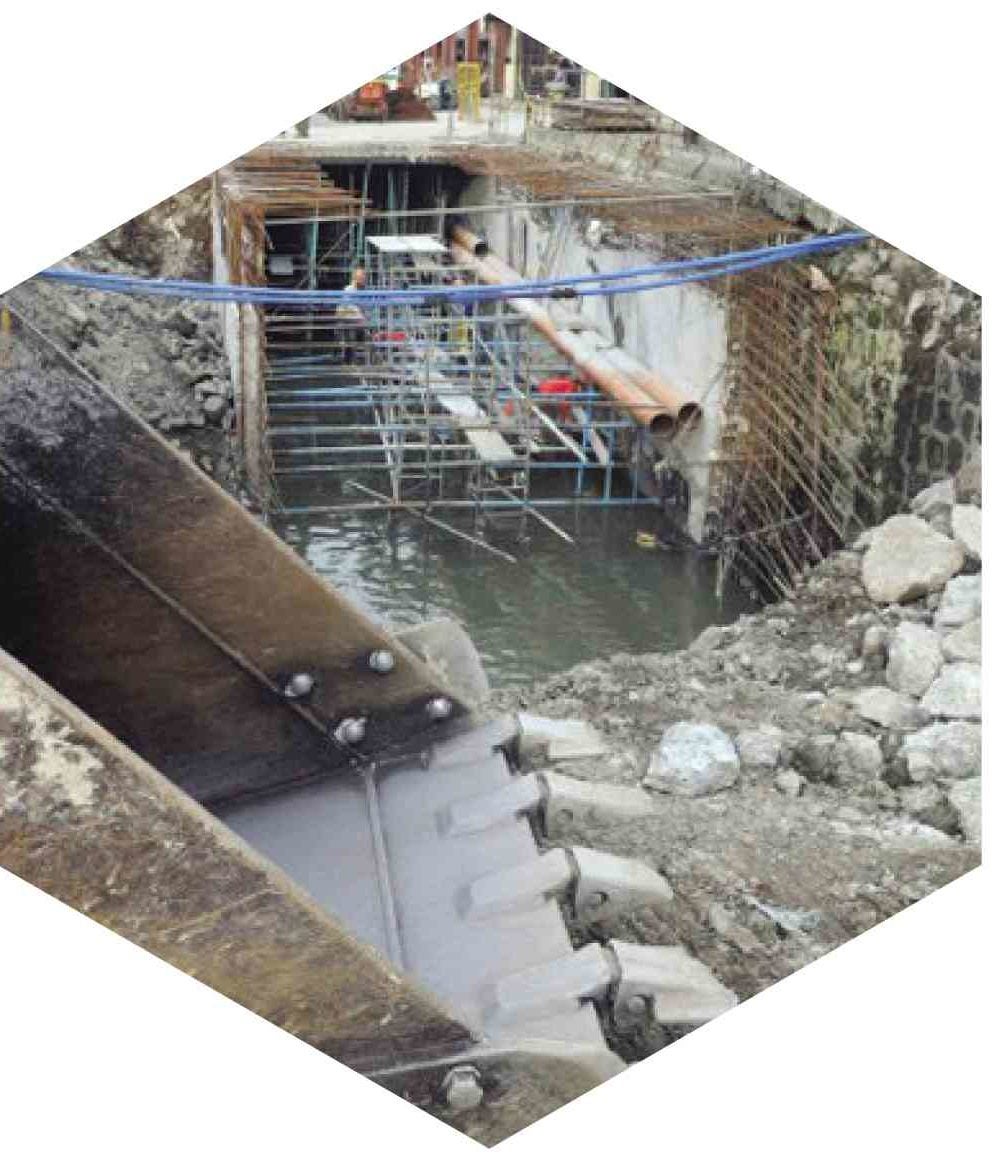 To be jointly implemented by the Department of Public Works and Highways and the Metropolitan Manila Development Authority, the project is slated for completion in 2024.

According to the World Bank website, it involves a set of measures to effectively manage major flood events.

These include reducing flooding from river systems by building a dam in Marikina River catchment area to minimize peak flows entering Metro Manila during typhoons; improving flood forecasting and early warning systems; and modernizing 36 pumping stations as many of these were built in the 1970s, and constructing 20 new ones.

The ongoing phase four of the Pasig-Marikina river channel improvement project involved the construction of the Marikina Control Gate Structure. It is seen to reduce flooding by 7.5 percent. The completion of the project’s phase three in July last year decreased flood inundation by 18 percent and reduced flood damages by P14.3 billion. The phase three included the improvement of Lower Marikina River (Napindan Channel to downstream of Mangahan Floodway).

Started in 2014, the phase 2 of the P359-million Mandaluyong drainage project along Maysilo Circle is expected to reduce flooding on four major roads including Boni Avenue, San Francisco, and Martinez Road. The Maysilo Circle is notorious for its foul-smelling floodwater that forced several businesses to close shop.

The P7.9 billion Leyte embankment project, meanwhile, was started in 2016 as a response to the Supertyphoon “Yolanda” that wreaked havoc in November 2013, killing 6,300 people and destroying 1.14 million houses. The 27.3-km embankment would stretch from the shoreline of Barangay Diit in Tacloban City to Barangay Ambao in Tanauan, Leyte. 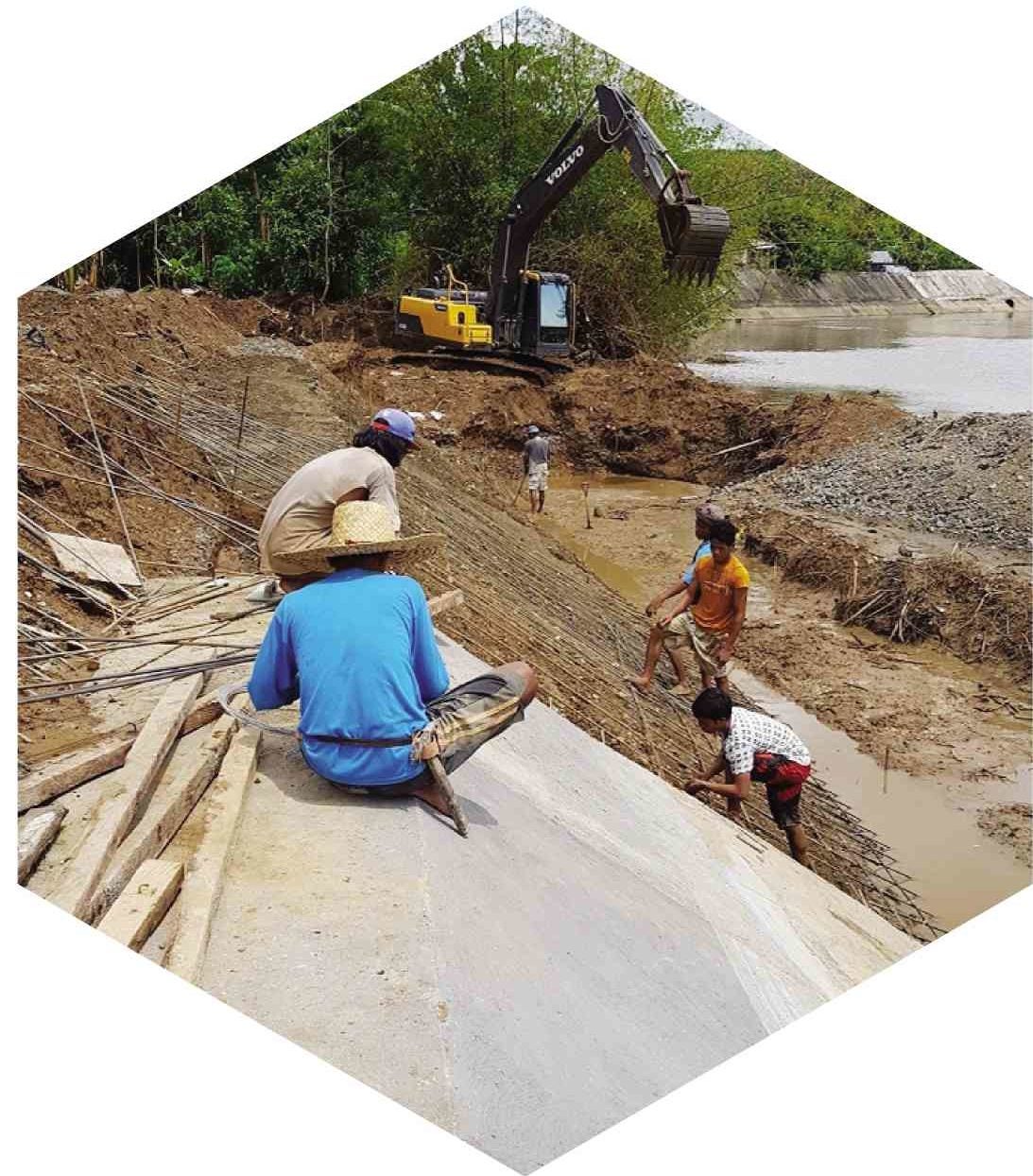 Projects on the pipeline

As of February this year, infrastructure projects approved by the National Economic and Development Authority for flood mitigation include the China-funded P39.2-billion Ambal-Simuay River and Rio Grande de Mindanao River flood control projects. Set to start in August, the project involves the construction of flood management systems such as dikes, flood gates and retaining walls.

Also in the pipeline is the Japanese-funded P9.9-billion Cavite Industrial Area Flood Management Project, which is set to start its implementation in 2020. This is seen to benefit economic zones in the municipalities of Kawit, Noveleta and Rosario.

The project will mitigate flooding caused by overflow and convergence of Ylang Ylang and Rio Grande rivers in San Juan River as well as poor drainage system at the Maalimango Creek in Cavite.

An unsolicited proposal being reviewed by the government is the massive P400-billion Manila Bay Integrated Flood Control, Coastal Defense and Expressway Project by conglomerate San Miguel Corp. It is seen to help combat typhoon waves and improve road access in the northern part of Manila Bay. 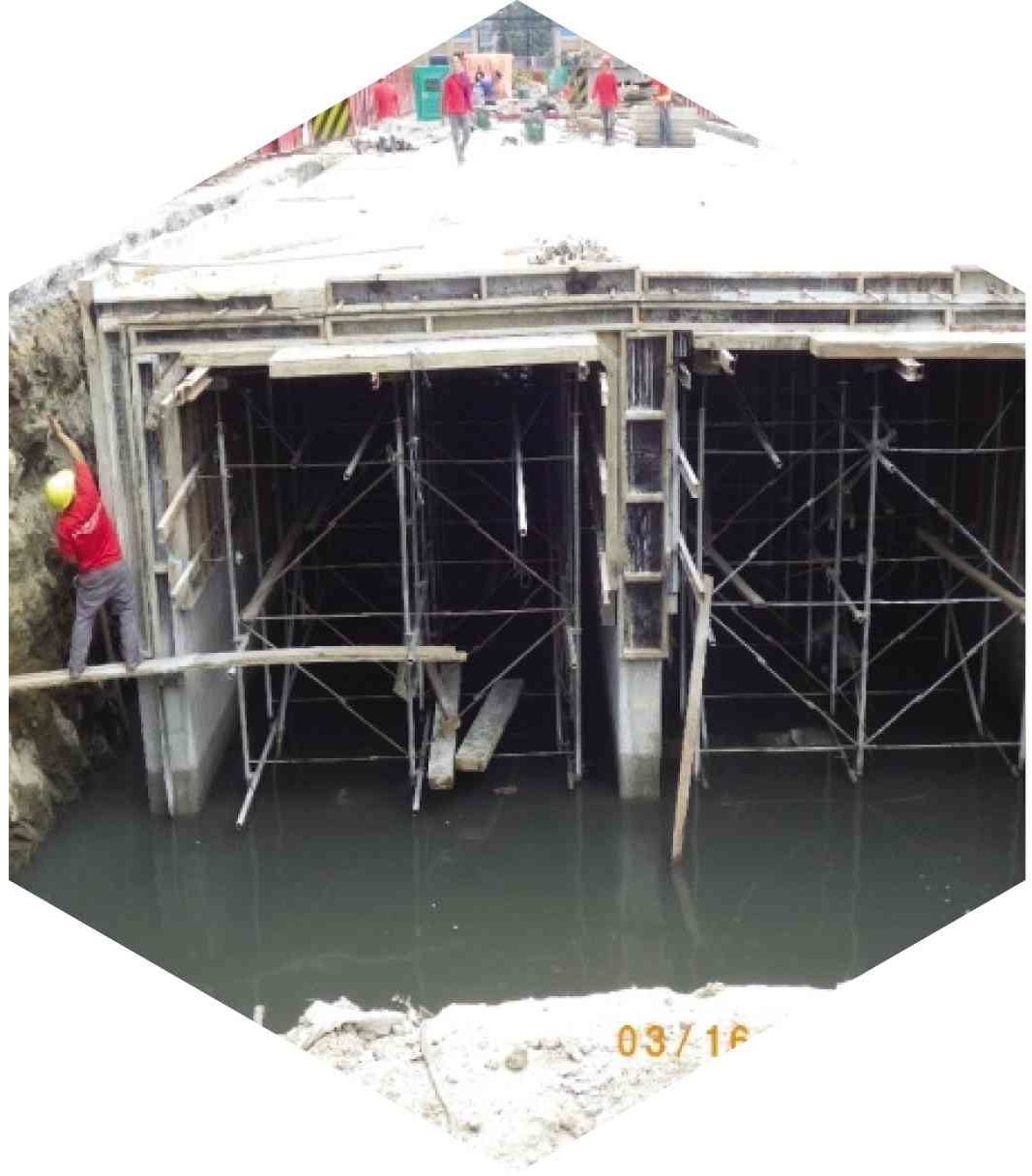 More than 3,000 flood mitigation structures have been completed by the Department of Public Works and Highways (DPWH) under Secretary Mark Villar. These include:

The P203-million Manila flood control project, which eased flooding within the areas of Manila City Hall and Intramuros. It involved the construction of a bigger reinforced concrete box culvert as drainage along the stretch of Padre Burgos Avenue, from Luneta Pumping Station to Anda Street.

The 2.27-km Padre Burgos Avenue, one of the flood prone areas within Metro Manila, is one of the important connecting roads that provide access to several thoroughfares such as Taft Avenue, Rizal Avenue, Roxas Boulevard and Quezon Boulevard. The goal, according to Villar in a news report, is to directly catch floodwaters in the area around Manila City Hall and Intramuros which would be pumped out by the newly constructed pumping station, thus providing convenience to pedestrians as well as protection to property.

The P93.7-million flood control projects in Iloilo include the Aganan flood-control structures along Jaro-Aganan River in Barangay Poblacion, and from Barangay 9 to 14 in the municipality of San Miguel, and the Tigum Flood Control Project along Jaro-Tigum Bridge in Purok 1 in the town of Pavia.

The completed projects are seen to benefit those living near the rivers and to help prevent erosion of soil that may damage houses and other properties.

The two Calbayog City flood control projects, worth P90 million, were constructed in the upstream portion of the Tinambacan River in Barangay Tinambacan Sur in Calabayog City to address the sudden rise of water during heavy rains. The project included the construction of 145-lineal meters revetment complemented by a 33-lineal meter drainage and a 634-lineal meter structure on the other riverbank side.

During heavy rains, the Tinambacan River overflows and causes flooding in low-lying areas in the barangay, which can rise from 1.6 feet to 3.2 feet above the ground, making the construction of a raised footbridge a necessity. 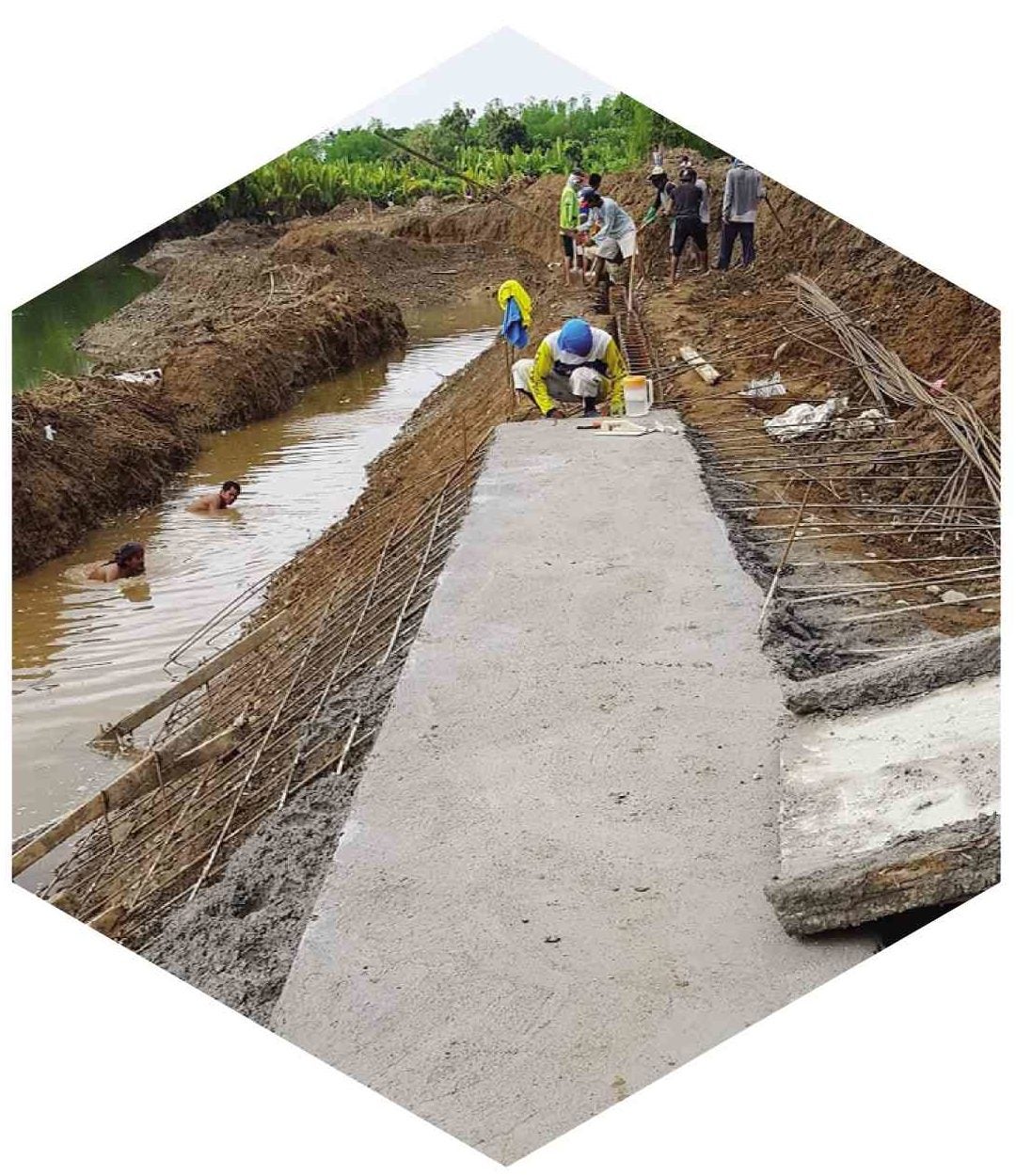 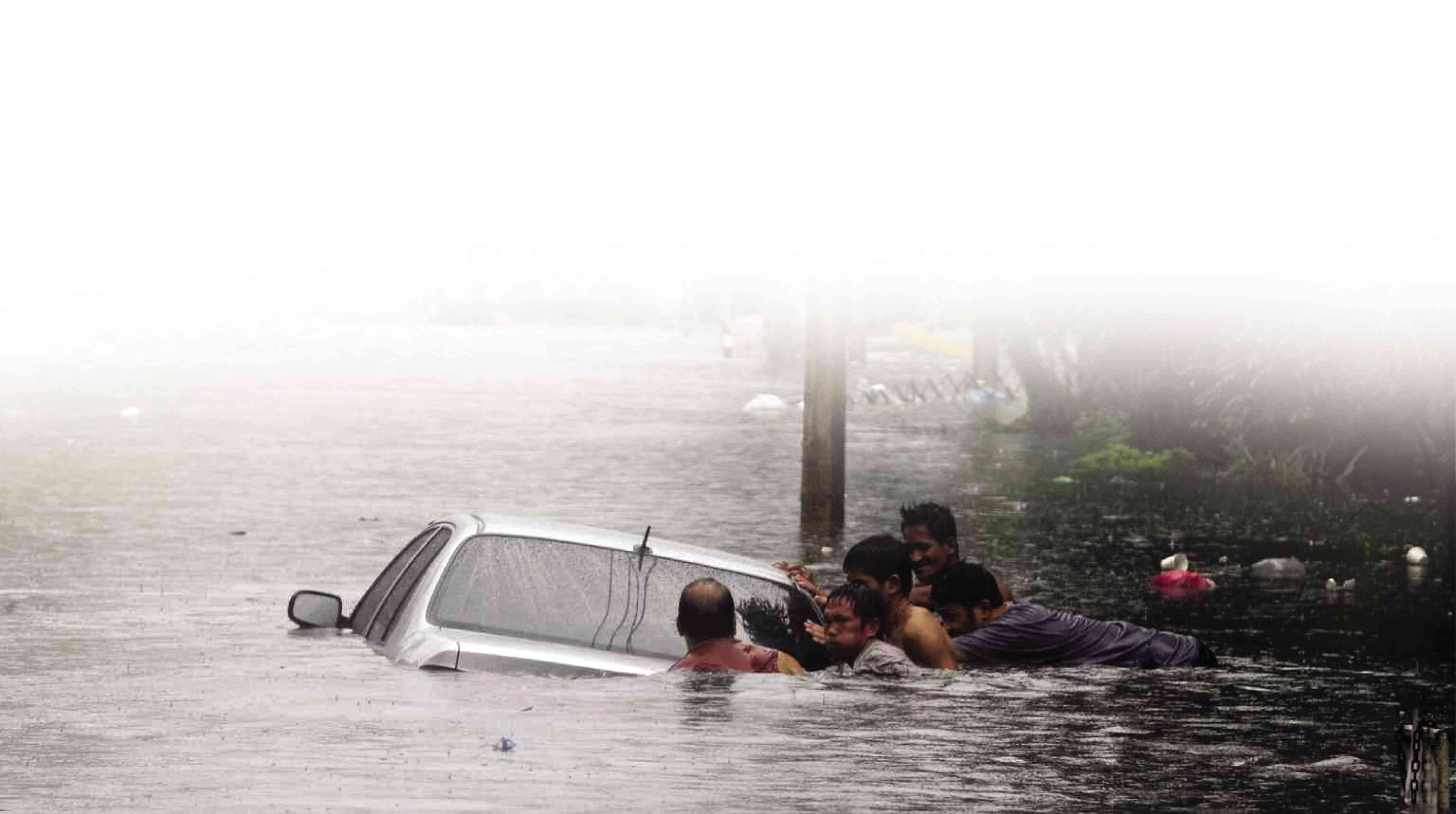 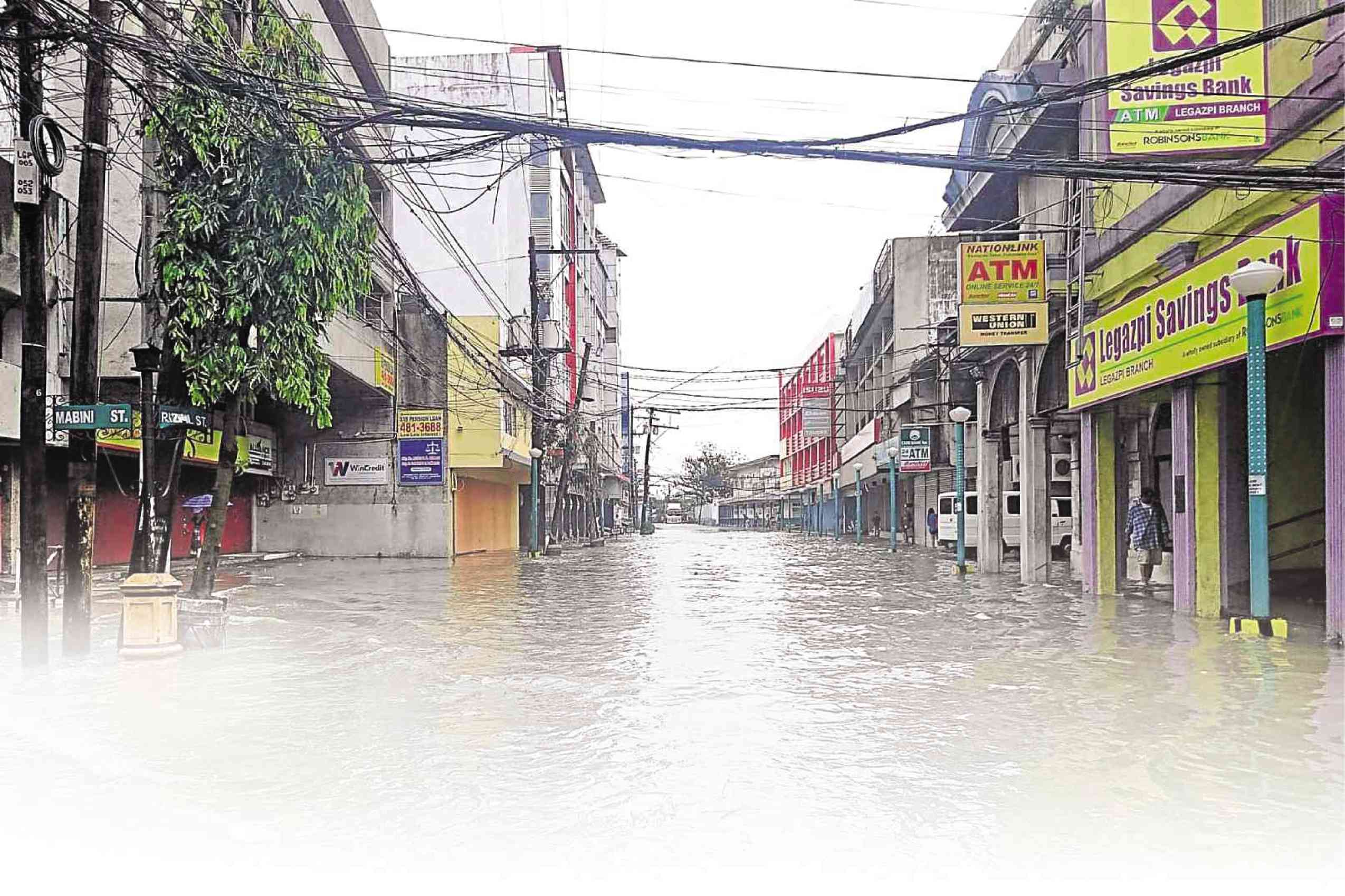