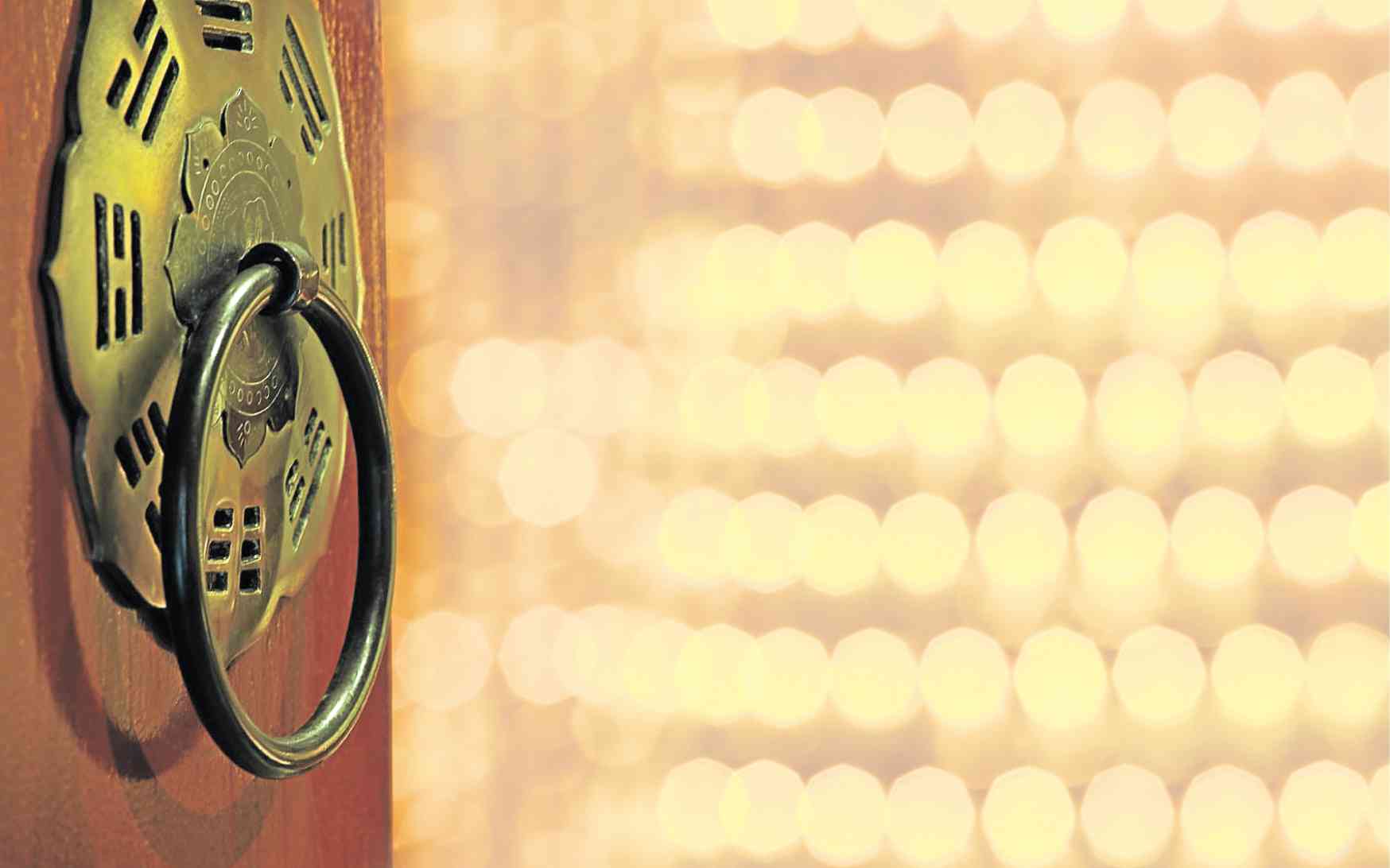 Chinese culture is evident even in our belief of feng shui design.

The growing presence of the Chinese in the Philippines is undeniable. Given the warmer relations between the Philippines and China since President Duterte’s assumption of power in 2016, there had been a notable influx of Chinese investors and workers who have started to settle and live in the country.

The bilateral relations between the Philippine and China may have notably improved in recent years, but these two countries go way back in history. Dating back from the pre-colonial times, the Chinese played a role in the establishment of our nation’s culture. This fact can be seen in the small details that make up some of our cities and towns. Let us take a look at how the Chinese presence has helped shape our Filipino identity.

Even before the Spaniards reached our shores, unearthed artifacts prove that we already had good trading relations with the Chinese. Ancient ceramics, which date as far back as the 10th century, suggest that Filipinos and Chinese bartered even before colonial times.

A little known fact is that Filipinos were actually the first ones who reached China first, and not the other way around. Based on accounts from the Sung Shih (Sung History), an era that spanned from 960 to 1279, envoys from P’u-tuan came to China to request direct trading relations with Chinese rulers. P’u-tuan is thought to refer to modern-day Butuan, one of our cities that lie within the Caraga region.

The discovery of a massive balangay, or trading boat, in Butuan in 2013 seem to support this narrative. This significant find suggests that our native ancestors traveled through the Asian seas to trade goods. Besides China, the early Filipinos were also thought to have exchanged with Cambodians and other Southeast Asian nationalities. These ideas show that our prehistoric culture were already influenced by our interactions with our neighboring countries. 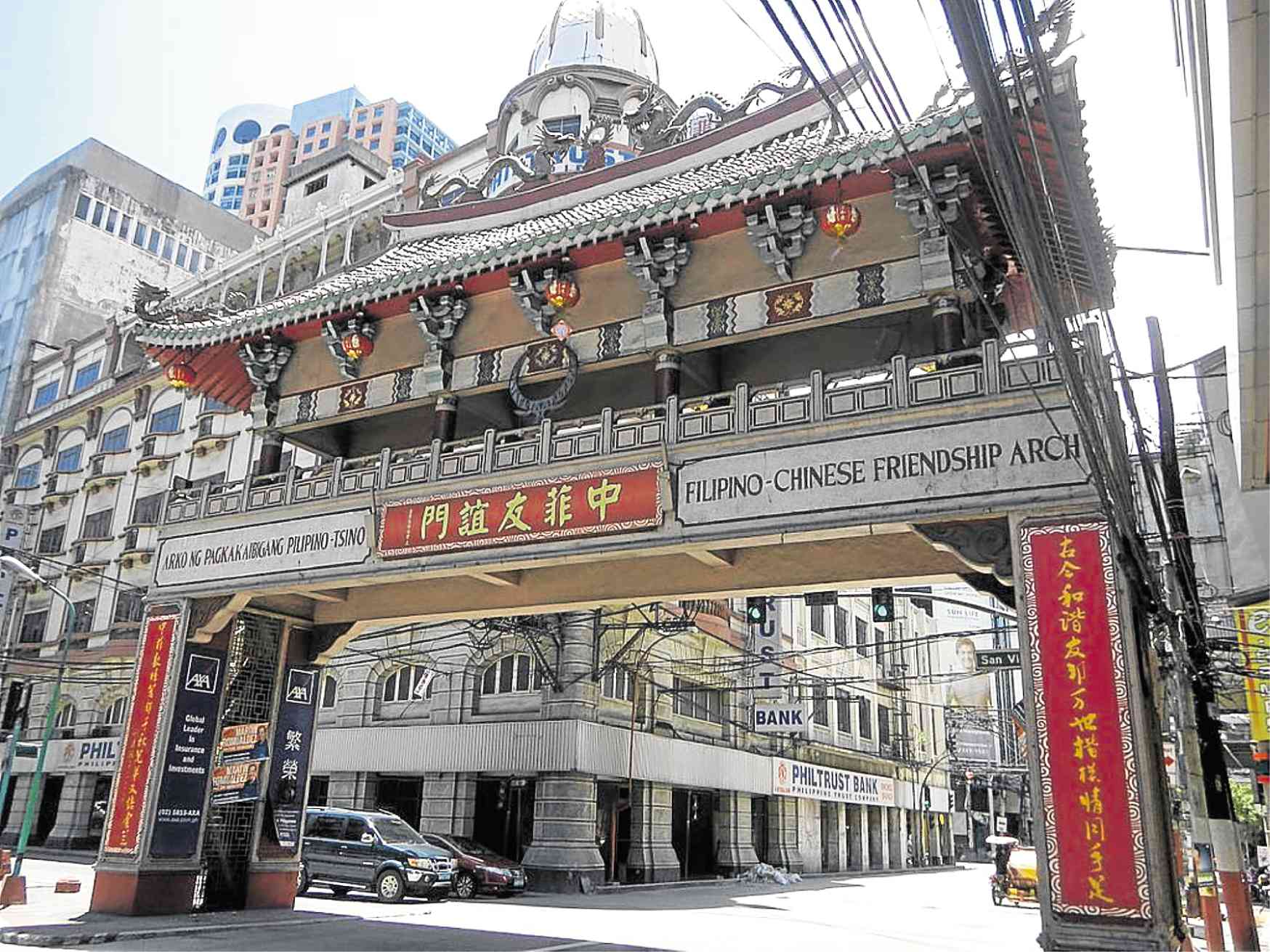 The Chinatown in Manila is the oldest of its kind in the world.

From merchants to revolutionaries

During the Spanish period, Chinese people came to settle in bustling Manila. The establishment of a Spanish colony meant that much work was offered in our nation’s capital. The Chinese flocked to Manila by the hundreds. As their numbers steadily grew, they were regarded by the Spaniards as “sangley” or pure-blooded Chinese people.

Later on, the intermarriage of Filipino natives and the Chinese produced a new class called the Mestizo de Sangley. This new group gave birth to the educated ilustrados like Jose Rizal and Marcelo H. del Pilar who started the Philippine Revolution.

The large Chinese population in Manila were allocated to an area known as the Parian in the 16th and 17th centuries. Merchants by nature, the Chinese earned their living by trading goods such as silk, tobacco, fruits and the like. Eventually, their businesses grew and many Chinese were able to amass wealth in Manila. The Parian became the forerunner of today’s Binondo, the world’s oldest Chinatown.

By the end of the Spanish era, the Chinese-Filipinos comprised the middle class of Philippine society. People belonging to this class had greater access to education and were thus instrumental in the Philippines’ fight for freedom. 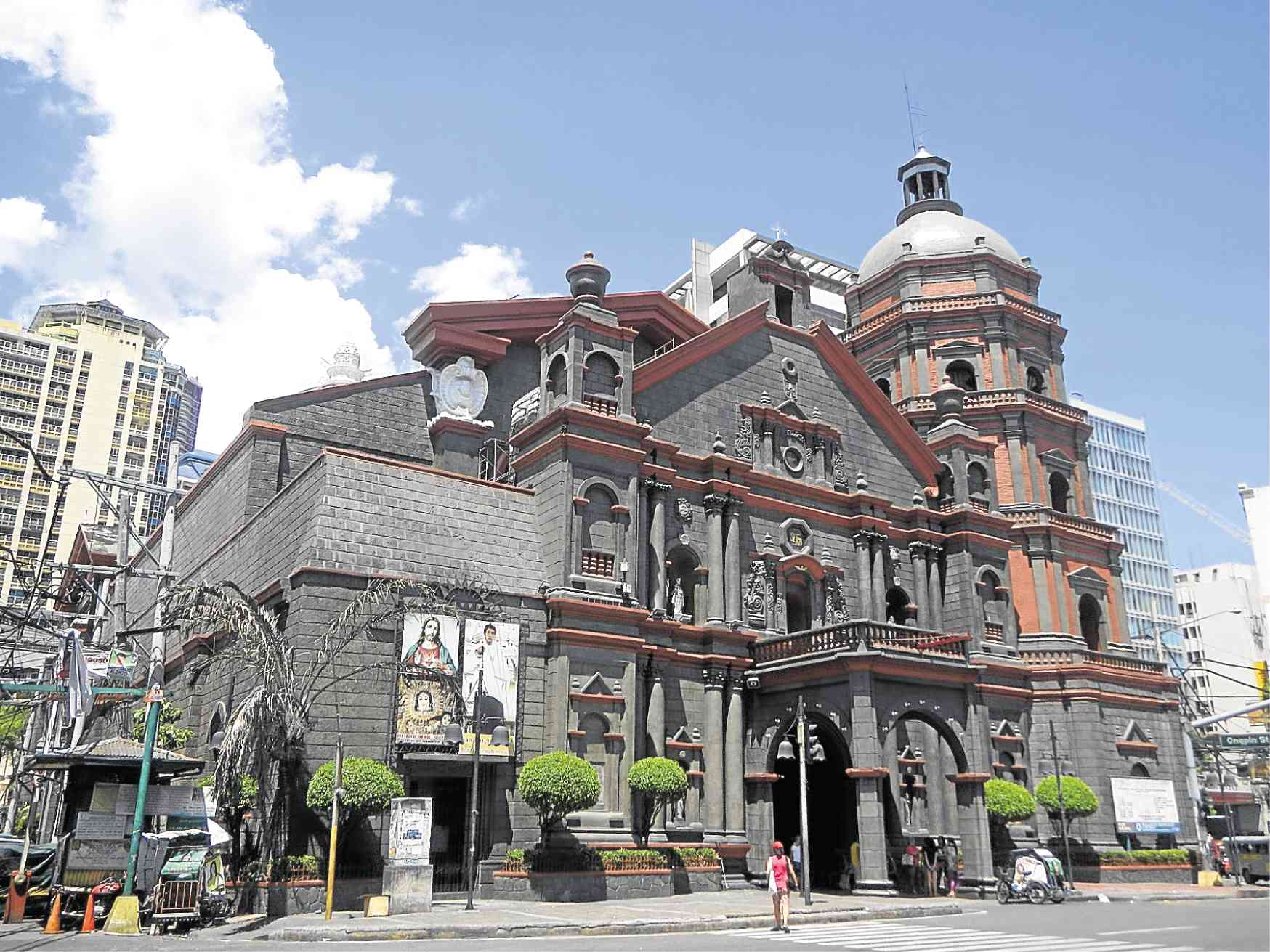 The Binondo Church of Manila features elements of Chinese and Filipino culture.

During the American period, the Chinese were regarded as aliens living in the Philippines. Those who had interracial blood were given a choice between Filipino and Chinese citizenship. Many mestizos chose the former to secure their place in the country. Nevertheless, their mixed heritage continued to be seen in their looks and customs.

When the Japanese came and invaded Manila, the Chinese fought side by side with the Filipinos to protect the Philippines. Many of them suffered at the hands of the Japanese, who were especially hostile to China due to another clash, the Sino-Japanese War of 1937.

Massacres and executions of Chinese people became commonplace in war-torn Philippines. A particular incident is eulogized at the Chinese Cemetery in Manila. The Memorial to Clarence Kwangson Young, former consul general of China to the Philippines, looms over the cemetery grounds. It pays tribute to the martyrdom of Kwangson and his staff who were killed after refusing to deposit P24 million to the Japanese war effort. The demanded amount was supposedly twice the money donated by the Chinese-Filipinos in support of Japan’s enemy. 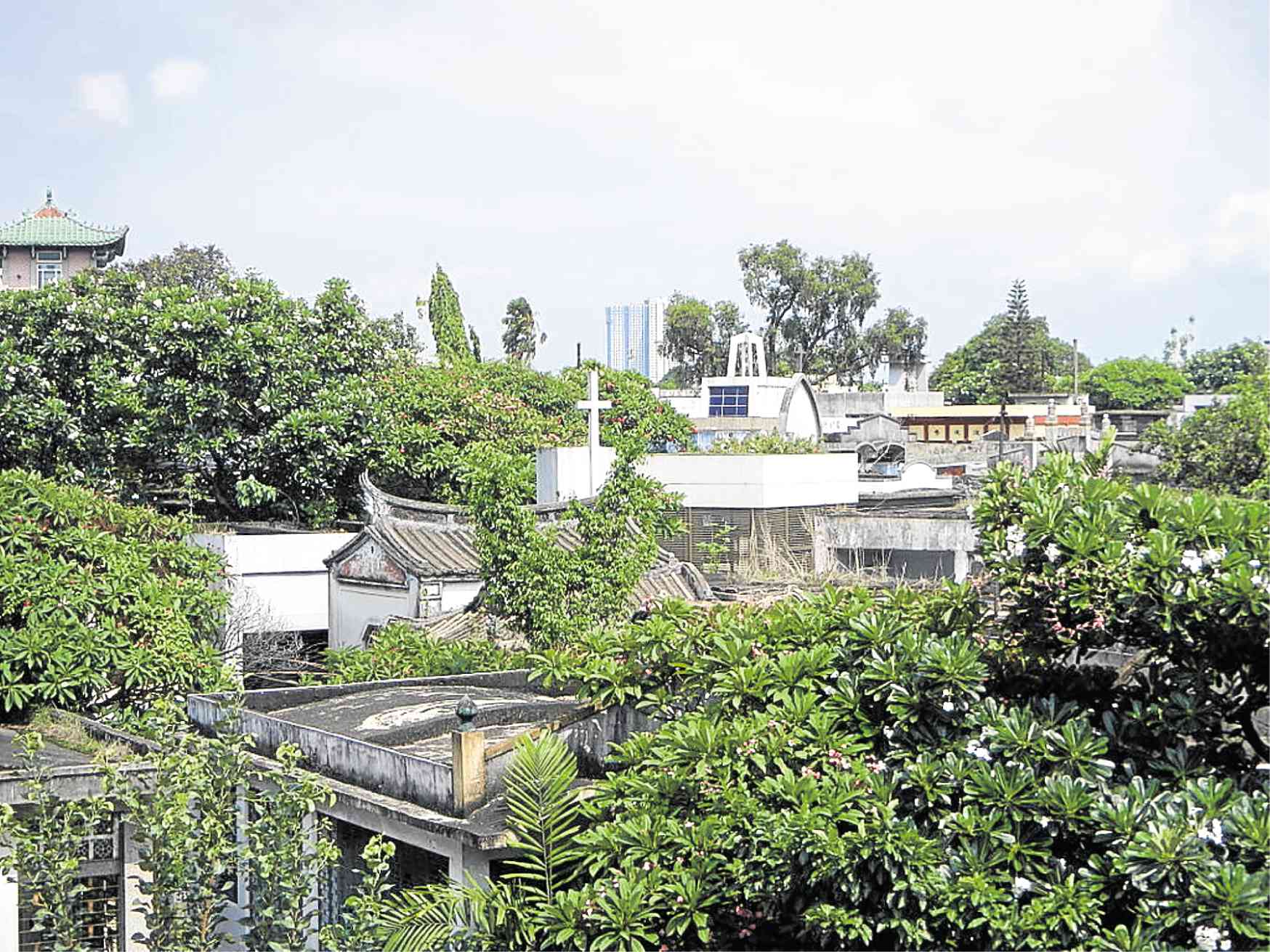 After the Americans granted independence to the Philippines in 1946, Filipinos finally had the nation in their own hands. Many of the Chinese, by this time, were no longer viewed as aliens in the country as they have adopted Philippines as their own. Side by side, natives, mestizos, and sangleys rebuilt the Philippines from the ashes of war.

Today, many descendants of Chinese immigrants are virtually indistinguishable from their Filipino brothers. Our country is now a melting pot of different cultures, with Chinese ingredients thrown in the mix of races that compose our heritage.

From food to architecture, elements of Chinese culture are evident in Philippine society. As an example, the Binondo Church of Manila features stone brick flooring with Chinese characters. These are supposedly tombstones of graves from China reused in the construction of the church. Likewise, Chinese structures in the country bear unique elements which distinguish them from their mainland counterparts. The Chinese Cemetery, in particular, showcases the various architectural styles that have influenced Philippine design.

Overall, the presence of Chinese culture is unquestionable in our past and in our present. Many of our country’s products, establishments and creations were influenced by the Chinese in some way or another. Only time can tell what else the Chinese would contribute to our country’s culture. Let us wait and see.

Read Next
Sustainable home solutions
EDITORS' PICK
Cherry Mobile teams up with Cloud Panda PH, launches online store
DOH: COVID-19 mortality doubling time, transmission rate down
Someone from the Philippines can become $356 Million richer this Tuesday
Leveling up your ‘lutong bahay’ with the kitchen companion you never knew you needed
Congress urged to extend session for approval of COVID-19 response bills
Amid protests, Trump talks of war — and reelection
MOST READ
‘If I had not been SolGen, I will make you eat your words,’ Calida tells Coco Martin
51 percent of German firms holding back investments in PH, but not because of COVID-19
Chaos as thousands return to work in Metro Manila
Restaurant dine-in operations approved in MGCQ areas
Don't miss out on the latest news and information.