From humble beginnings to sprawling conglomerates. Such is the story of many tycoons, among them Filipino-Chinese and Chinese-Filipino businessmen, who rose from modest backgrounds to become leaders in their respective industries.

One cannot undermine the significant contributions of these top business magnates, particularly in the Philippine real estate industry, where their innovations, expertise and acumen have reshaped the landscape for the better.

From the late Henry Sy Sr., whose ubiquitous malls paved the way for a unique retail and malling phenomenon in the country; Dr. Andrew Tan who pioneered the live-work-play concept in his townships across the country; Tony Tan Caktiong, who redefined Pinoys’ dining experience with the well-loved bee; to the young Edgar Sia II, who enhanced the sari-sari store concept by building malls in tertiary cities. Let us revisit how their contributions have helped shape, not only the real estate industry, but more notably, the Philippine economic landscape. 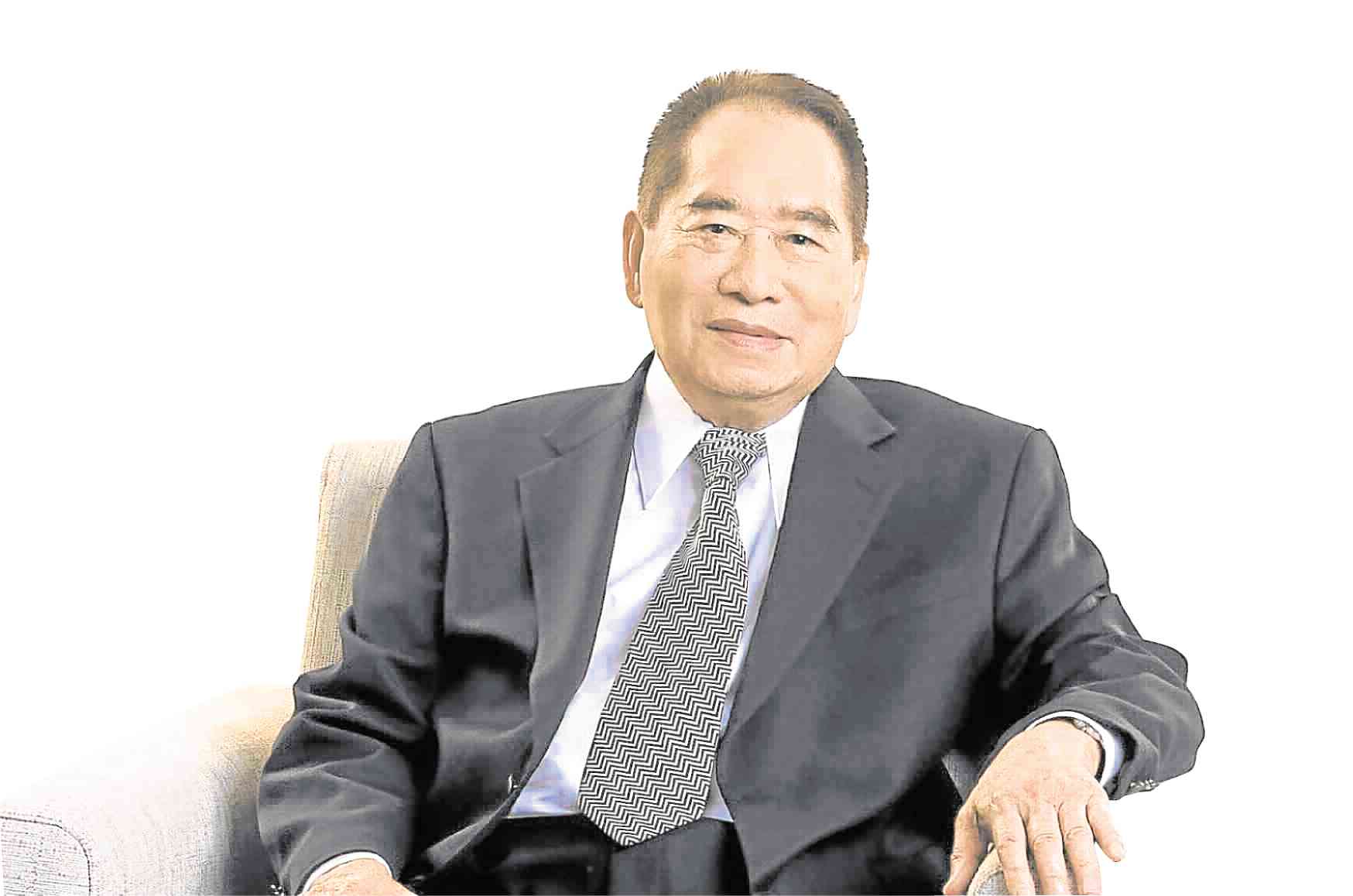 Malling has become part of the new lifestyle of Filipinos. With over 400 malls and shopping centers in the country today, people from all walks of life flock to malls, which are especially packed on weekends.

Such a phenomenon is a legacy of the late Henry Sy Sr. who revolutionized the Philippine retail industry through his SM malls—promising “We’ve got it all for you” and providing new venues for families and friends to shop, eat, watch movies and have other fun experiences together. Today, there are 72 world-class SM Supermalls across the Philippines and seven shopping malls in China.

Described as a self-made man, Sy, according to Forbes, started out by learning the ropes of the retail trade beside his father in the family’s convenience store. After saving enough money, he started his own business at age 12. He was in his early 30s when he opened in 1958, a small shoe store along Rizal Avenue and a second one in Carriedo, Manila.

In the next decades, he opened Shoemart Makati, Shoemart Cubao; launched Shoemart Manila as his first department store; and rebranded and rechristened his stores as SM from SM Department Store. In the ’90s, Sy built one new mall after another.

From the dream of selling a good pair of shoes to every Filipino, Sy has grown SM Investments Corp. (SMIC) into one of the country’s largest holding companies, with a growing presence in China.

The stellar performance of the over 200 companies in the SM Group, particularly in retail, property and banking, contributed to making the tycoon the richest man in the Philippines in 2018, according to Forbes Magazine’s list of 50 richest in the Philippines. He was ranked number one in the list for 11 years in a row.

Sy was the chairman emeritus of SMIC, SM Prime and Highlands Prime, Inc., BDO Unibank, Inc., and honorary chairman of China Banking Corp. when he died in January this year. He had 94 years of meaningful life celebrated by a legacy of innovation and accomplishments that influenced the lifestyle of Filipinos today and generations to come. 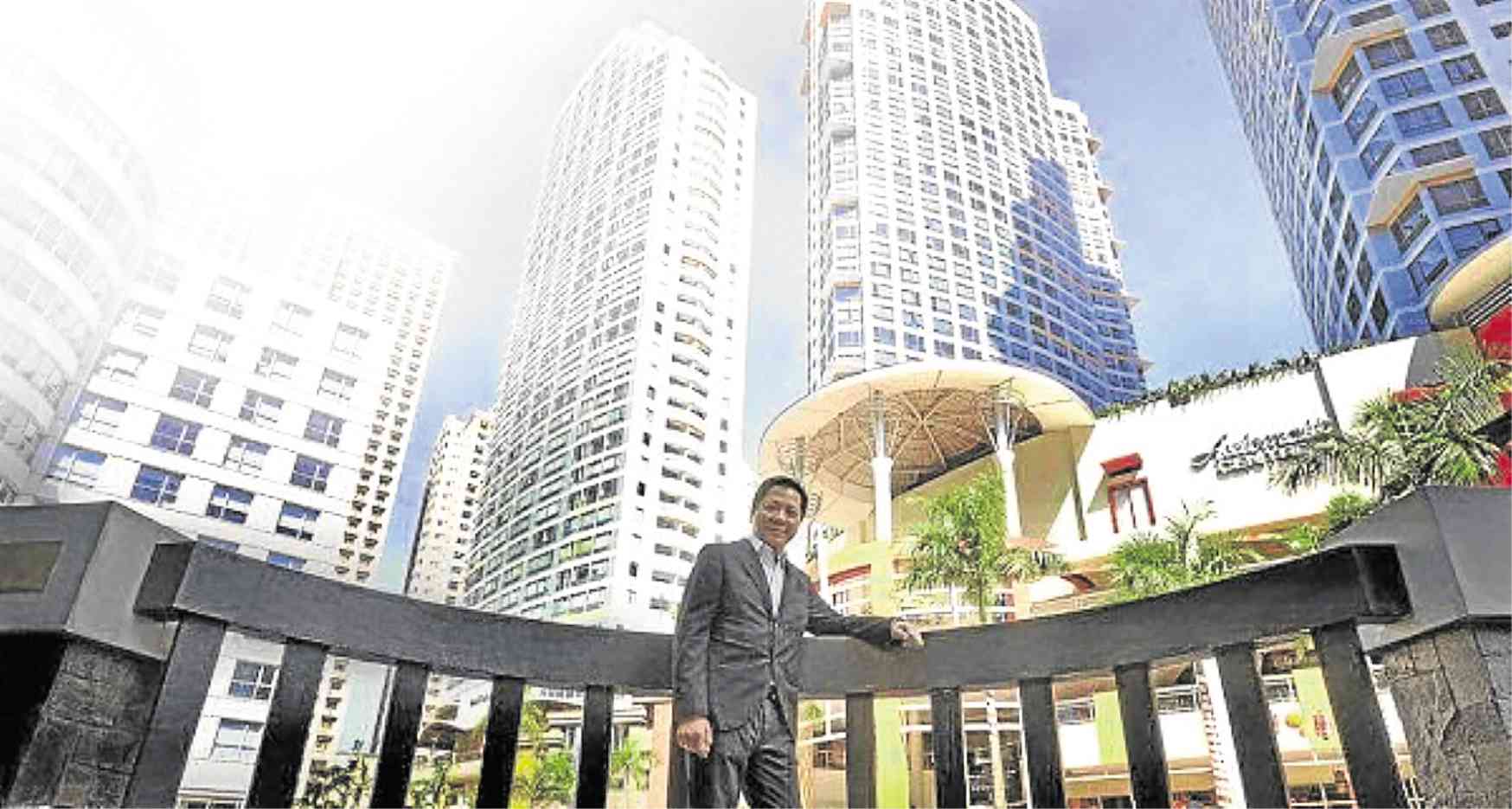 Dr. Andrew Tan leads conglomerate Alliance Global Group Inc., which has interests ranging from real estate development to consumer product manufacturing and marketing, as well as tourism and gaming—businesses that are considered as growth drivers of the Philippine economy.

Tan, a son of a transistor radio factory worker who came to Manila from China at age 16, once dreamed of owning and operating a small grocery store. Now, with an estimated net worth of $2.7 billion, he is one of the tycoons from the Philippines who made it to Forbes Magazine’s 2019 list of the wealthiest people on the planet.

In 1989, he founded Megaworld Corp. which pioneered the cyber park concept in Eastwood City, Quezon City, helping put the Philippines on the IT map in the region. Considered as one of his biggest achievements, the project involved the development of the sleepy district of Libis into a dynamic, bustling urban center with a live-work-play concept.

Under the leadership of Tan, Megaworld, through its township development, has emerged at the forefront of an impressive urban renewal and redevelopment effort that has redefined the metropolitan landscape. With its townships, Megaworld aims to provide people a better environment with everything that they would possibly need to go about their daily routine, making it easier to live, work, play and learn while spurring economic activity within the community and its neighboring areas.

Megaworld has launched 24 townships across the country as of March with the latest called Highland City, a 24-ha development in Cainta, Rizal, that will cater to the booming demand for residential space close to Metro Manila’s business hubs. 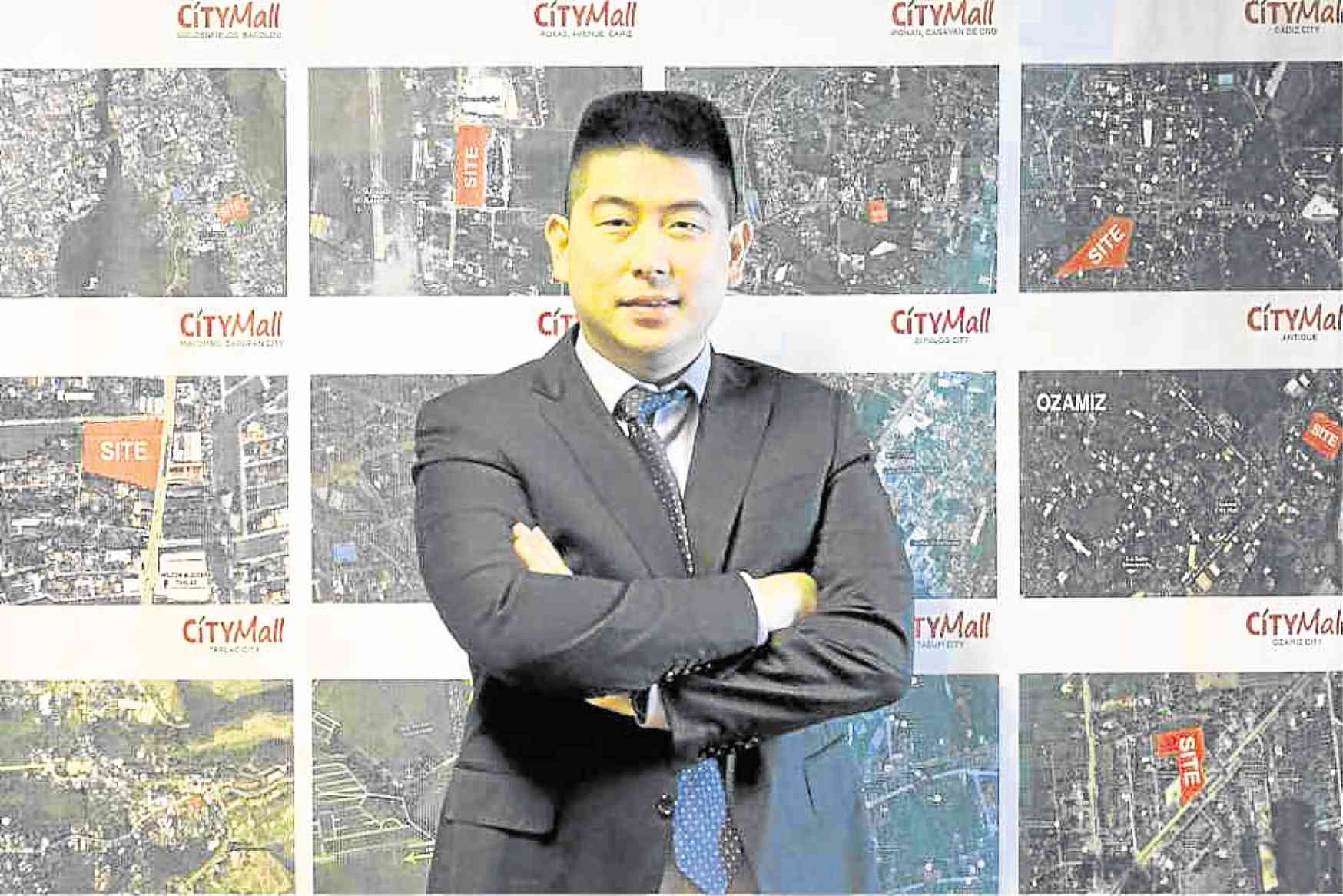 Sia built the revolutionary fast food chain “Mang Inasal,” starting with a single branch in Iloilo City in 2003 with P2.4 million in capital borrowed from his father.

He grew the business into a nationwide barbecued chicken phenomenon, to the point that its rival giant, Jollibee, responded to this growing market threat through the shortest route possible: buying it for a total of P5 billion (first, a 70-percent stake in 2010 for P3 billion, and the balance in 2016 for P2 billion), making the young Ilonggo native one of the country’s wealthiest entrepreneurs almost overnight.

But Sia did not stop there and found himself a new market space to conquer via DoubleDragon Properties that he co-chairs with his mentor, partner and former business rival, Jollibee founder Tony Tan Caktiong.

From his weekly travels to the provinces during his Mang Inasal days, Sia discovered that there were no shopping malls in most third class cities of the Philippines. Sia is bent on building both a large community shopping mall chain under CityMall brand, and one of the largest hotel chains, with his Hotel 101 brand.

Other DoubleDragon properties also include the DD Meridian Park Bay Area, a 4.75-ha prime commercial block at the corner of Macapagal Avenue and Edsa Extension in Pasay City, as well as Jollibee Tower, a 40-storey corporate building at the Ortigas central business district.

In 2019, after building a fortune out of food retailing and property development, Sia debuted into the grocery business under the Merrymart brand, aiming to roll out 1,200 stores with P120 billion in system-wide sales by 2030. The first Merrymart grocery was inaugurated on April 29 at the ground floor of DoubleDragon Plaza in DD Meridian Park Bay Area with a footprint of 1,900 sqm.

This brand-new grocery business—which is independent from publicly listed property development firm DoubleDragon Properties Corp.—draws valuable insights from the legacy businesses of the first two generations of Sia’s paternal family in their hometown in Capiz.

Another grand plan for 2019 is the development of a 514-room Hotel 101 near the Mactan-Cebu International Airport, touted as the biggest airport hotel in the Visayas. Hotel 101-Cebu is the last property asset needed to hit DoubleDragon’s 5,000-room hotel portfolio goal by 2020. This Cebu property is expected to generate P2.33 billion in unit inventory, which should start pre-selling this year, according to a DoubleDragon disclosure. 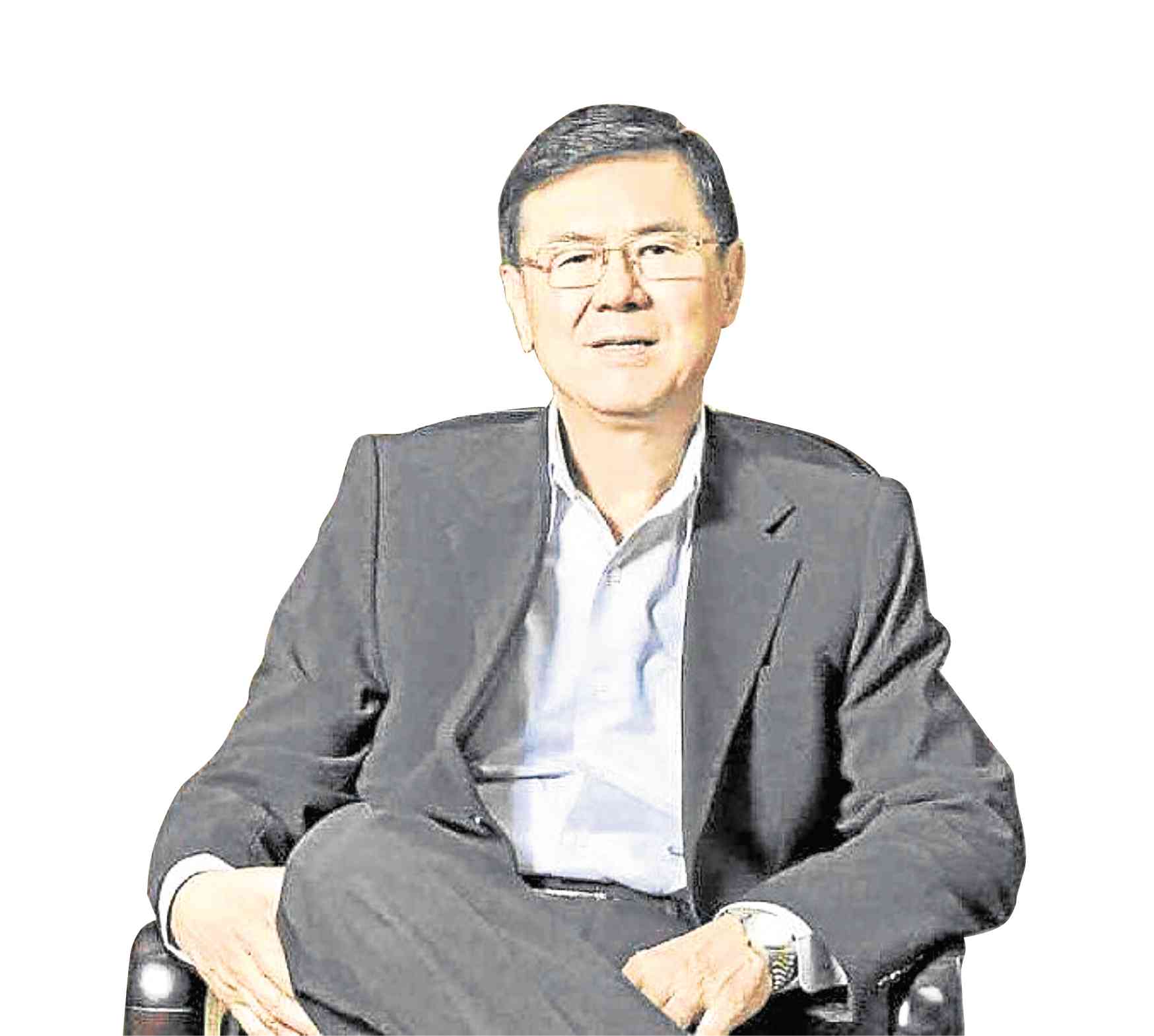 It has indeed come a long way from its humble 60-sqm hardware store called Wilcon Builder’s Supply in Quezon City, then set up in 1977 to provide basic construction finishing items. Today, Wilcon Depot is the leading home improvement and construction supply retailer in the country, with its expansive retail network comprising of 53 stores and an extensive array of local and foreign branded products ranging from tiles, sanitarywares, plumbing, furniture, home interior, building materials, hardware, electrical, appliances and other DIY items.

With the visionary William T. Belo at the helm, Wilcon Depot became a household name that has brought closer to Filipinos a wide array of top tier brands and excellent services that made it easier for any household to repair, refurbish and further enhance their homes.

It was in 2003—or 26 years after the first Wilcon store was set up—that Belo, according to an earlier Inquirer report, started the depot concept primarily due to the limited store size of their then current store formats of 2,000-sqm. At the same time, the depot concept was part of Belo’s vision to provide “Filipino consumers with a one-stop shop solution that will have all construction supplies and home improvement items under one roof.”

Since then, Wilcon Depot has begun expanding its presence aggressively across the country, with a goal of having a total of 67 operating stores by 2020.

In 2017, Wilcon Depot made its debut in the local bourse, with an initial public offering (IPO) priced at P5.05 per share. Snapped up entirely by local investors, the P7.03 billion IPO reportedly marked “the largest all-domestic IPO in the country” as of that year. In 2018, Belo debuted on the list of Forbes Magazine’s Philippines 50 Richest in 2018, ranking at number 22 with a net worth of $600 million.

Duque: Better to stay NCR under Alert Level 2 for now