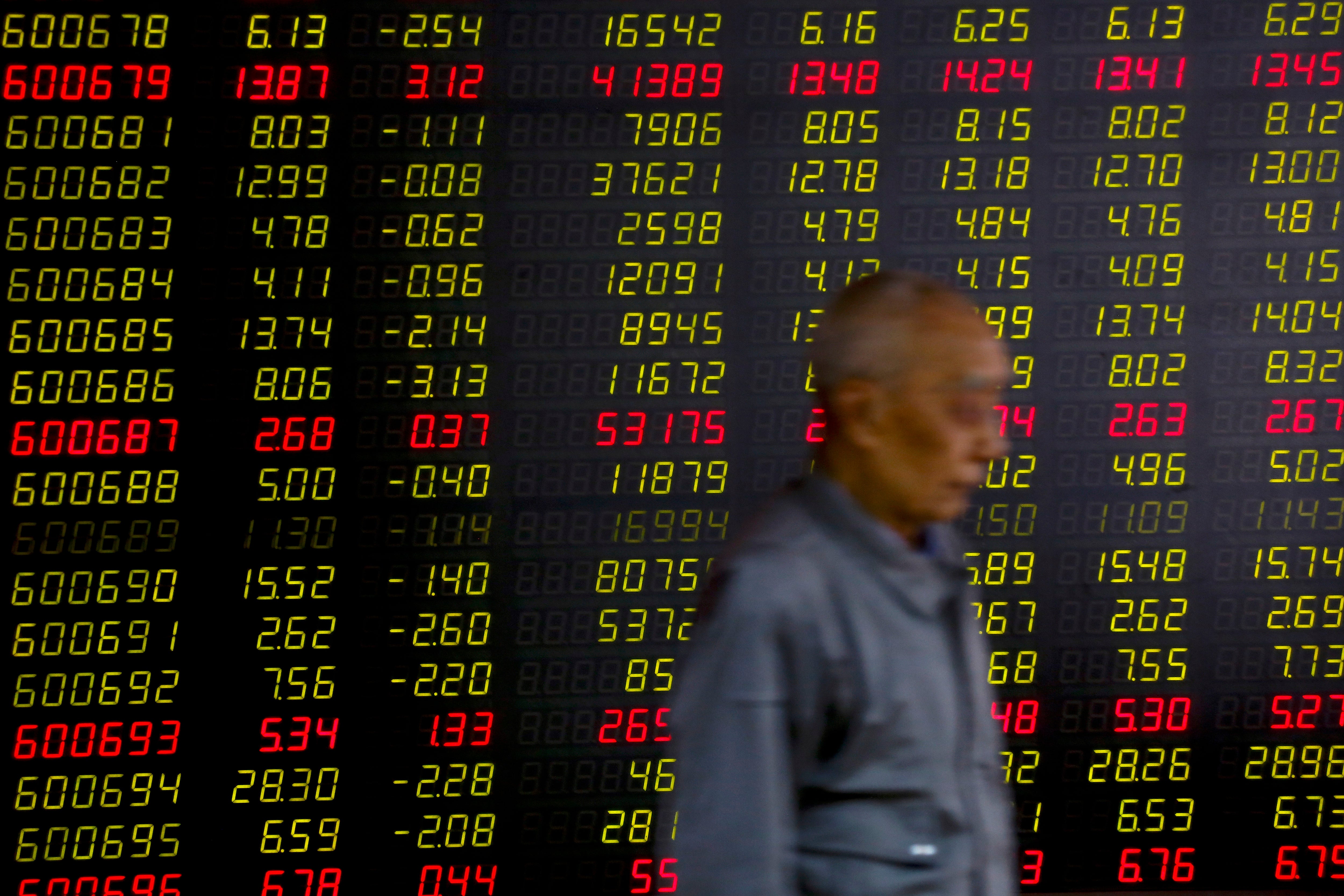 In this May 14, 2019, photo, a man walks past an electric board displaying stock prices at a brokerage house in Beijing. Asian markets were broadly lower on Thursday, May 23, 2019 as traders focused on tensions between the U.S. and China and braced for impact. (AP Photo/Andy Wong)

SINGAPORE — Asian markets were broadly lower on Thursday as traders focused on tensions between the United States and China, and braced for the impact of their tariff hikes.

Japan’s Nikkei 225 index lost 0.8% to 21,107.87, after a private survey suggested that manufacturing contracted in May. The Markit/JMMA flash purchasing managers’ index fell to 49.6 in May from 50.2 in the previous month. Numbers above 50 on the index show acceleration.

Earlier this month, the U.S. and China concluded their 11th round of trade talks with no agreement. Further talks have not been arranged.

The U.S. has imposed 25% tariffs on $250 billion in Chinese imports and is planning to target another $300 billion. It has also mounted sanctions against Huawei and is threatening to do the same with other Chinese companies. China, meanwhile, has retaliated against $110 billion in U.S. products.

“The stalemate between the U.S. and China looks likely to last longer as both sides continued to ratchet up rhetoric,” Zhu Huani of Mizuho Bank said in a commentary.

“Despite potential significant negative spillover effect this might have on U.S. firms, the Trump administration seems determined to curb China’s rise in technology advancement,” she added.

Minutes by the Federal Reserve had scant influence on trading. They showed that some central bank officials felt more interest rate hikes may be needed to keep low unemployment from triggering unwanted inflation.