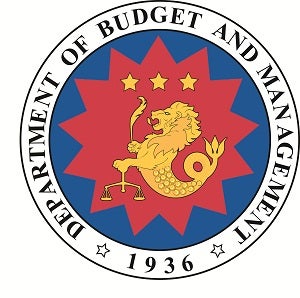 National Budget Circular No. 576 issued by Department of Budget and Management (DBM) officer-on-charge Janet B. Abuel on Tuesday serves as the implementing guideline of the second tranche of increased base pay among military and uniformed personnel earlier approved by President Rodrigo Duterte.

Responding to questions sent by the Inquirer Tuesday, the DBM said the salary increase was retroactive, as it was not yet implemented when the government operated under a reenacted 2018 budget at the start of the year.

“The agencies covered by National Budget Circular 576 can already increase the compensation of military and uniformed personnel retroactive Jan. 1, 2019. They may use their available cash to effect the payment, and in case of deficiency, they may request additional cash allocation from the DBM. Overall, the total cash requirements for this compensation adjustment will be considered in the releases to the agencies concerned,” the DBM said in a statement to the Inquirer.

The modified base pay schedule should have had taken effect on Jan. 1, but was delayed by the budget impasse in Congress.

The DBM nonetheless ordered the increase in monthly base pay rates for incumbent military and uniformed personnel whose ranks range between first chief master sergeant, senior police officer 4 and their equivalent, and the highest ranks of general and director-general.

Also, “the hazard pay of all military and uniformed personnel shall continually be fixed at the amount of P540 per month,” the DBM said.

As for the source of funds, the DBM said: “The amounts required to implement the increase in the base pay and related personnel services expenditures for military and uniformed personnel shall be charged against their respective agency budgets for personnel services authorized under Republic Act (RA) No. 11260 or the FY 2019 General Appropriations Act.”

“In case of deficiency, the agency may submit a request for additional funds to the DBM, which shall be charged against the Miscellaneous Personnel Benefits Fund,” it added.

The DBM noted that the Congress Joint Resolution “adjusts the compensation package of military and uniformed personnel to a level commensurate with their critical role in maintaining national security and peace and order, taking into consideration their exposure to high-risk environments in the performance of their duties.” (Editor: Cenon B. Bibe Jr.)