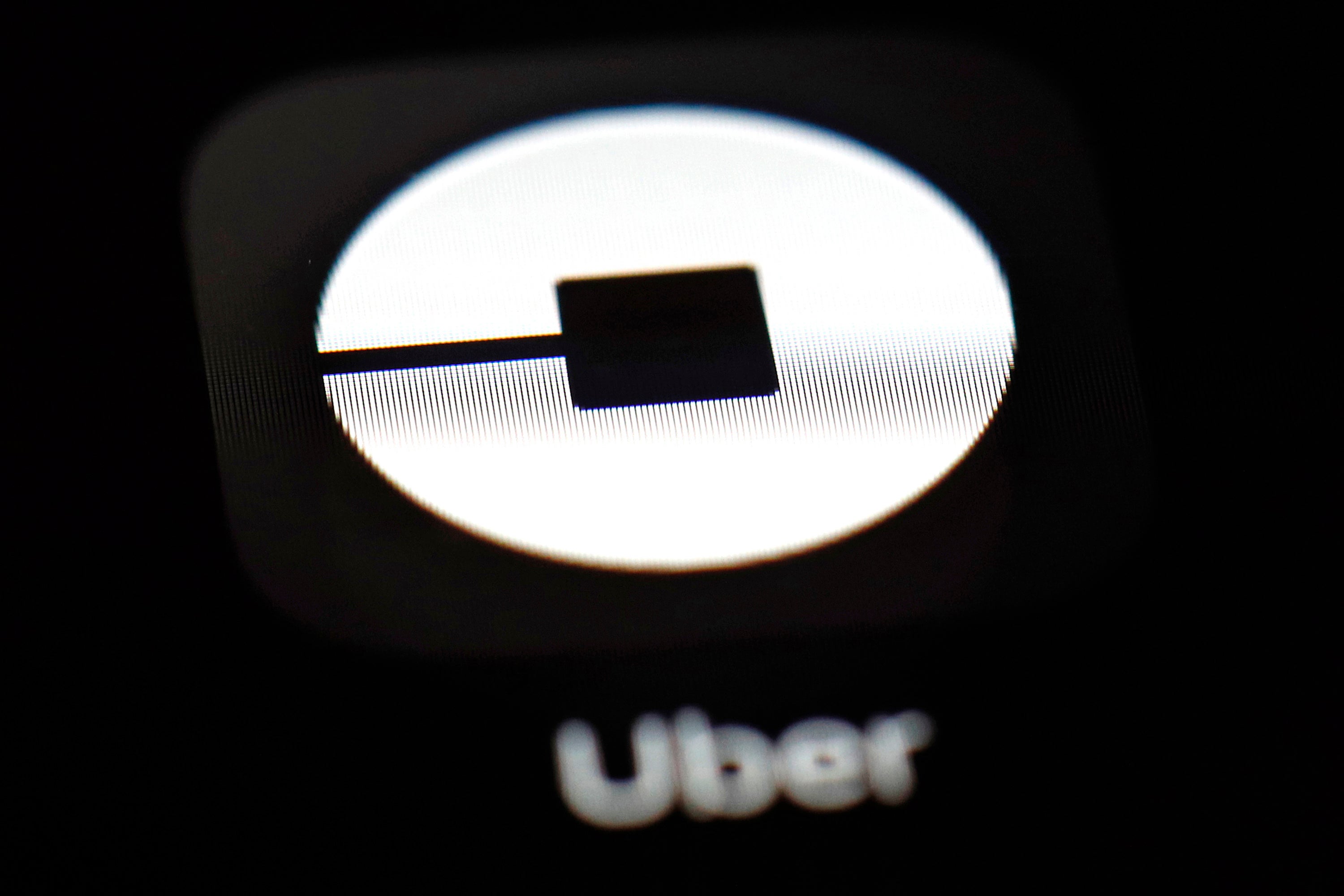 This March 20, 2018, file photo shows the Uber app on an iPad in Baltimore. Uber may put forth an initial public offering early next year that values the ride-hailing business at as much as $120 billion, according to a media report. The Wall Street Journal said Tuesday, Oct. 16, that Uber Technologies Inc. received valuation proposals from Goldman Sachs and Morgan Stanley. (AP Photo/Patrick Semansky, File)

SAN FRANCISCO — Uber is about to embark on a wild ride on Wall Street with the biggest and most hotly debated IPO in years.

The world’s leading ride-hailing service set the stage for its long-awaited arrival on the stock market by pricing its initial public offering at $45 per share late Thursday.

The price is at the lower end of its targeted range of $44 to $50 per share, a decision that may have been driven by the escalating doubts about the ability of ride-hailing service’s ability to make money since Uber’s main rival, Lyft, went public six weeks ago.

Even at the tamped-down price, Uber now has a market value of $82.4 billion – significantly more than century-old automakers General Motors and Ford Motor.

Uber will face its next test Friday when its shares begin trading the New York Stock Exchange.

No matter how the stock swings, the IPO has to be considered a triumph for the company most closely associated with a ride-hailing industry that has changed the way millions of people get around while also transforming the way millions of more people earn a living in the gig economy.

The IPO raised another $8.1 billion for Uber as it tries to fend off rival Lyft in the U.S. and help cover the cost of giving rides to passengers at unprofitable prices. The San Francisco company already has lost about $9 billion since its inception and acknowledges it could still be years before it turns a profit.

That sobering reality is one reason that Uber fell well short of reaching the $120 billion market value that many observers believed its IPO might attain earlier this year.

Another factor working against Uber is the cold shoulder that investors have been giving Lyft’s stock after an initial run-up. Lyft’s shares closed Thursday 23% below its IPO price of $72 in April. The jitters about an intensifying U.S. trade war with China also have roiled the stock market this week.

Despite all that, Uber’s IPO is the biggest since Chinese e-commerce giant Alibaba Group debuted with a value of $167.6 billion in 2014.

“For the market to give you the value, you’ve either got to have a lot of profits or potential for huge growth,” said Sam Abuelsamid, principal analyst at Navigant Research.

And Uber boasts growth galore. Its revenue last year surged 42% to $11.3 billion while its cars completed 5.2 billion trips around the world either giving rides to 91 million passengers or delivering food.

Uber might be even more popular if not for a series of revelations about unsavory behavior that sullied its image and resulted in the ouster of its co-founder, Travis Kalanick, as CEO nearly two years ago.

The self-inflicted wounds included complaints about rampant internal sexual harassment, accusations that it stole self-driving car technology, and a cover-up of a computer break-in that stole personal information about its passengers. What’s more, some Uber drivers have been accused of assaulting passengers, and one of its self-driving test vehicles struck and killed a pedestrian in Arizona last year while a backup driver was behind the wheel.

Uber hired Dara Khosrowshahi as CEO to replace Kalanick and clean up the mess, something that analysts said has been able to do to some extent, although Lyft seized upon the scandals to gain market share.

Kalanick remains on Uber’s board, although he isn’t expected to be on the podium to help ring the opening bell at the New York Stock Exchange to herald the company’s debut Friday. Instead, he is expected to be on the trading floor, perhaps savoring his newfound wealth. At $45 per share, Kalanick’s stake in Uber will be worth $5.3 billion.

Hundreds, if not thousands, of other Uber employees are expected to become millionaires in the IPO.

Meanwhile, scores of Uber drivers say they have been mistreated by the company as they work long hours and wear out their cars picking up passengers as they struggle to make ends meet. On Wednesday, some of them participated in strikes across the United States to highlight their unhappiness ahead of Uber’s IPO but barely caused a ripple. A similar strike was organized ahead of Lyft’s IPO to the same effect.

Uber may be able to avoid Lyft’s post-IPO stock decline because it has a different story to tell other than the potential for growth in ride-hailing, says Alejandro Ortiz, principal analyst with SharesPost. Uber, he said, has plans to be more than a ride-hailing company by being all things transportation to users of its app, offering deliveries, scooters, bicycles and links to other modes of transportation including public mass transit systems.

“Whether or not that pitch will work kind of remains to be seen. It’s nearly impossible to tell now,” he said. “Obviously the risk to the company now is they have a lot more shareholders that they have to convince.” /kga