Disney profit up as Fox joins the fold 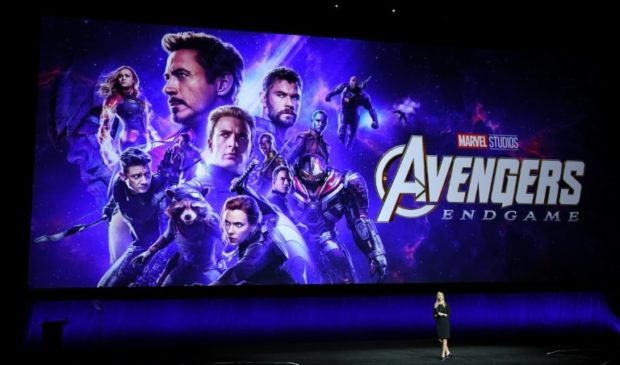 Disney reported on Wednesday, May 8, that its profit soared in the recently-ended quarter as it merged with 21st Century Fox.

The entertainment titan said its net income was up 85% to $5.4 billion during the first three months of this year on revenue that rose three percent to $14.9 billion.

The leap came despite a hit “Captain Marvel” film not matching the dizzying success of a “Black Panther” superhero movie release in the same period last year.

Disney and Marvel’s “Avengers: Endgame” has stormed into a historic territory, earning $2.19 billion worldwide in less than two weeks to become the number two film of all time, according to industry watcher Exhibitor Relations.

That exalted number pushes the superhero blockbuster past “Star Wars: The Force Awakens”, which netted $2.07 billion, and even “Titanic” ($2.18 billion).

Disney also saw a rise in revenue from its amusement parks, with a new “Star Wars” attraction opening soon at Disneyland Anaheim expected to provide a boost through the year.

Disney shares were up less than 1% to $136.20 in after-market trades that followed the release of the earnings’ figures.

The jump in Disney profit in the quarter was largely due to an increased stake in video streaming platform Hulu that resulted from its acquisition of Fox assets.

There were costs as well, with Disney recording $662 million in charges connected to the Fox merger in the quarter, according to the earnings report. Disney finalized its deal on March 20 for the Fox studio and other media-entertainment assets of Rupert Murdoch’s 21st Century Fox including the FX and National Geographic channels.

Disney paid $71 billion and prevailed in a bidding war with cable and media giant Comcast, in a deal that left Murdoch with a slimmed-down media group centered around the Fox News Channel and broadcast network.

Disney is among some of the biggest names in the media and tech world gearing up to move into streaming, in what could be a major challenge to market leader Netflix.

A Disney+ streaming video service is to launch in the United States late this year at a price of $6.99 monthly, then gradually be expanded to other countries.

Iger said that “Avengers: Endgame” will be streamed at Disney+ video service after it launches.

Disney+ will combine offerings from powerhouse brands including Pixar, Marvel and Star Wars with content from Hulu and sports network ESPN. CE/JB