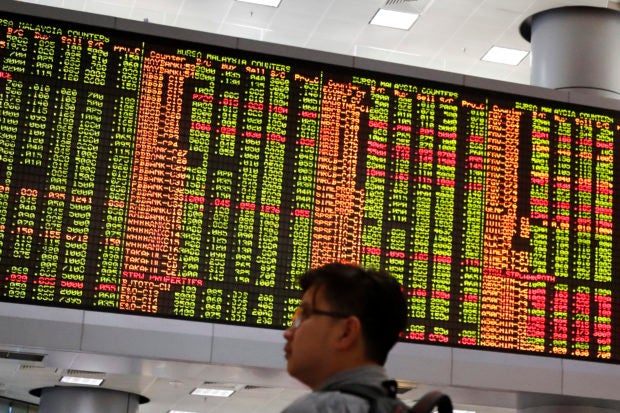 Germany’s DAX gained 0.3% to 12,125.80 following the report that industrial production rose 0.5 percent in March from the month before.

The two largest economies have raised tariffs on tens of billions of dollars of each other’s goods in their dispute over U.S. complaints about Chinese technology ambitions.

Washington has accused Beijing of reneging on its commitments and is preparing to raise import taxes on $200 billion of Chinese goods to 25% from 10% on Friday, and to impose tariffs on another $325 billion in imports, covering everything the country ships annually to the United States.

On Thursday, representatives from both nations are scheduled to resume trade talks in Washington — a last chance to stave off those increases.

The tariffs war has rattled investors, especially in Asia, where Shanghai Composite index declined 1.1% to 2,893.76.

Adding to the gloom, China reported Wednesday that its exports sank 2.7% in April from a year earlier to $193.5 billion, a reversal from March’s 14.2% growth and well below private sector forecasts of growth in the low single digits.

Imports of American goods fell 26% from a year earlier to $10.3 billion. Exports to the United States, China’s biggest foreign market, were down 13% at $31.4 billion.

The latest flare-up in trade tensions will likely cool if talks continue as expected, Tianjie He of Oxford Economics said in a commentary.

But, He added, “the probability of renewed escalation of the U.S.-China trade war has now risen substantially — which would be a drag on both the economies, especially China.”

Encouraged by signals from both sides that progress was being made toward resolving the festering dispute between Beijing and Washington, investors pushed the S&P 500 and the Nasdaq to all-time highs last week.

A more dovish stance by the Federal Reserve and strong jobs and other data also raised hopes for a stronger economic outlook.

However, this week’s gyrations show markets remain vulnerable to any reversals in the trade talks.

“For a third straight session investors are switching out of riskier assets and into havens such as government bonds, gold and the Japanese yen,” Jasper Lawler of LCG said in a research note.

It’s unclear whether the brinksmanship tactics from the Trump administration will help or hurt the prospects of a deal getting done quickly, something that investors want.