BEIJING – Global stock markets were mixed Tuesday after Beijing said its economy czar will go to Washington for trade talks despite President Donald Trump’s threat to escalate their tariff war.

Benchmarks in London and Tokyo declined, while Shanghai, Hong Kong and Sydney rose.

On Wall Street, futures for the Standard & Poor’s 500 index and the Dow Jones Industrial Average were down 0.3%. 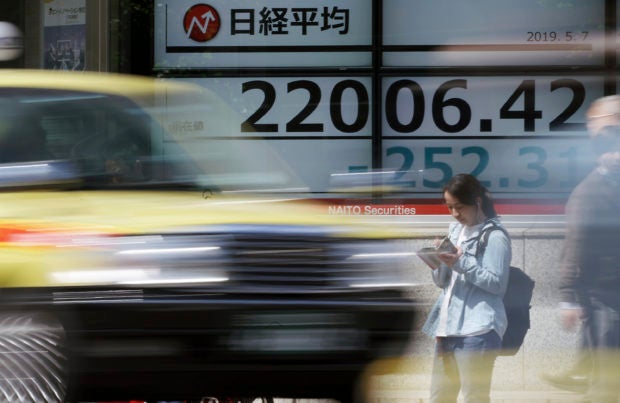 The Chinese government said Vice Premier Liu He will go to Washington as planned despite fears he might cancel after Trump threatened to escalate a fight over Beijing’s technology ambitions.

That might help to keep alive hopes the battle, which threatens to drag on global economic growth, could be settled as early as this week.

“The base case still remains we see a framework agreement reached, but the market is still repricing in the risk,” Edward Moya of Oanda said in a report.

Trump’s threat Sunday revived jitters that had been largely put to rest by statements from both sides that negotiations were making progress.

The American president accused Beijing of backtracking on commitments made in the rapid-fire negotiations.

Trump threatened to raise tariffs on $200 billion of Chinese goods to 25% from 10%, effective Friday. He said he would impose increases on an additional $325 billion of imports, covering everything China sells to the United States.

ENERGY: Benchmark U.S. crude lost 24 cents to $62.09 per barrel in electronic trading on the New York Mercantile Exchange. The contract gained 31 cents on Monday to close at $62.25. Brent crude, used to price international oils, shed 36 cents to $70.88 per barrel in London. It rose 39 cents the previous session to $71.24.