Fiestas make May the most colorful month of the Philippine calendar.

Finding origins in pagan traditions, fiestas became celebrated events under the Spanish rule. When the first colonizers noticed the early Filipinos’ love for celebrations, they used fiestas as a way to entice the natives.

Nowadays, fiestas center on religious icons such as the infant Jesus (Sto. Niño) and the Virgin Mary in its various localized forms. Our country is so famous for its celebrations that these events have become tourist attractions.

The colorful banderitas (flaglets), the abundant food and the carrozas (parade floats) have all become symbolic of Filipino spirit and warmth. These and other elements transform ordinary towns into colorful spectacles a few days every year. In honor of our country’s rich celebrations, let us take a look at some of the most eye-catching festivities the Philippines has to offer. 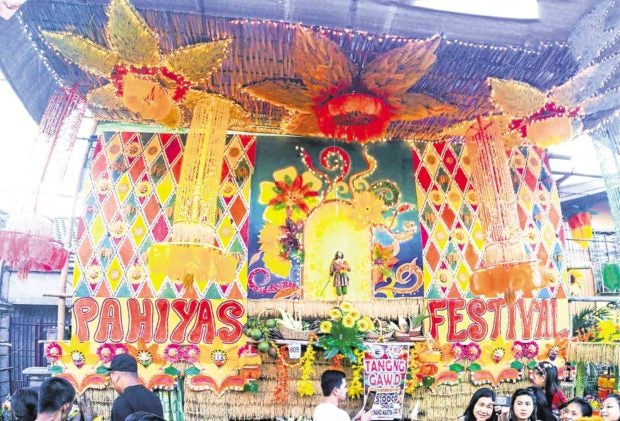 The Pahiyas Festival of Lucban, Quezon

Known as the “fiesta to end all fiestas,” the Pahiyas Festival takes place every May 15 in Lucban, Quezon.

The festival finds its origins in the thanksgiving tradition of the early Filipinos at the foot of Mt. Banahaw as a way of showing gratitude for a bountiful harvest. When the Spaniards established their church in the 1600s, they began to bless the produce in the name of San Isidro (Saint Isidore), the patron saint of farmers.

This Catholic practice transformed the pagan ritual into a religious tradition still strongly celebrated every year. When the produce became so bountiful it couldn’t fit inside the church, the people used their front steps at home instead to display the harvest for the parish priest’s blessing. Eventually, the townsfolk began to use their house façades as canvases to showcase their creativity and abundance.

Nowadays, the colorful houses of the Pahiyas Festival have become stars of the merriment, featured in a community-wide competition that pays homage to the best dressed home of the year.

Typically, houses are decorated in kiping, or leaf-shaped rice wafers dyed in rich hues. The locals also use other local products such as hats, vegetables, and even longaniza (local sausages) in an effort to outbid each other. The prizes at stake vary, such as a live carabao, rice cavan or house appliances.

Once the winners are declared, men and children perform the Kalas, or the lively removal of the decorations. The people engage in a final parade of ornaments and dance, marking the end of the annual celebration. 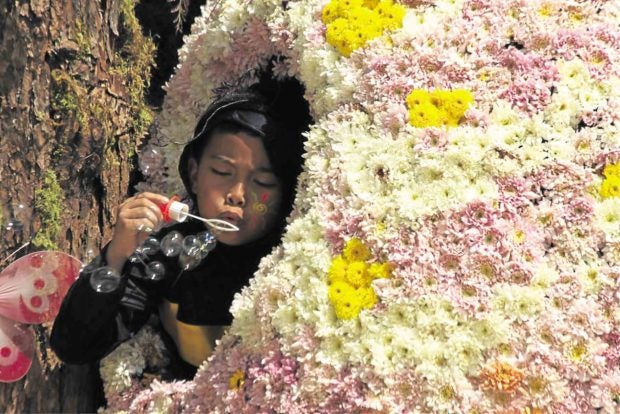 The Panagbenga Festival of Baguio City

Every February, the mountain city of Baguio transforms into a lush wonderland in celebration of the Panagbenga Festival. Finding origin in the Kankaney term for “a season for blossoming,” the Panagbenga is one of the younger fiestas of the Philippines.

It was initiated in 1996 to serve as a tribute to the city’s rich flora and as a way to boost people’s morale after the devastating Luzon earthquake.

The festival features numerous parade floats adorned in flowers, both natural and artificial. Each float is unique in its design, often integrating people in costume as part of the presentation. The floats form the Floral Parade, which are flanked by street dancers and marching bands.

The city’s main avenue, Session Road, is closed off to vehicles to give way to flower carts, outdoor cafes and various shops. The street becomes host to various stalls, many of which feature unique styles and decorations.

These stalls often continue the floral theme of the festivities and showcase local handicrafts on their respective façades.

The Panagbenga Festival transforms the City of Pines into a party featuring Cordillera culture. It is a celebration of the natural beauty of Baguio and the creativity of its people. 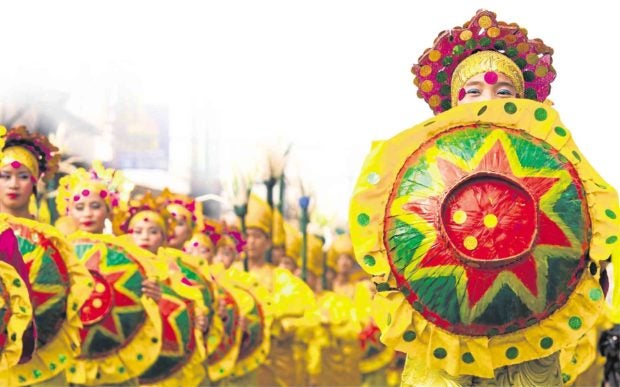 The Dinagyang Festival of Iloilo City

The festival has become such an icon of the Visayan islands that it has inspired a modern building’s design. Designed by Ilonggo architect William Coscolluela, the Iloilo Convention Center (ICC) is a modern structure that finds inspiration in traditional elements. The glass panels of the center exhibits elements of the festival.

Featuring monochromatic images of parade participants, the glass panels serve as a welcome sign symbolic of Ilonggo culture. In addition, the building features fins in the shape of the paraw, a native sailboat used in the annual Paraw Regatta Festival of the region.

These are only three of the numerous fiestas which are celebrated all over our country every year. Though our country’s festivities were certainly influenced by foreign customs, these events have transformed into traditions which we can claim as our own.

Vibrant, colorful and animated, Filipino fiestas exhibit our people’s love of community and optimistic nature. They serve as constant reminders of our unique Filipino identity that is worth celebrating across the nation.