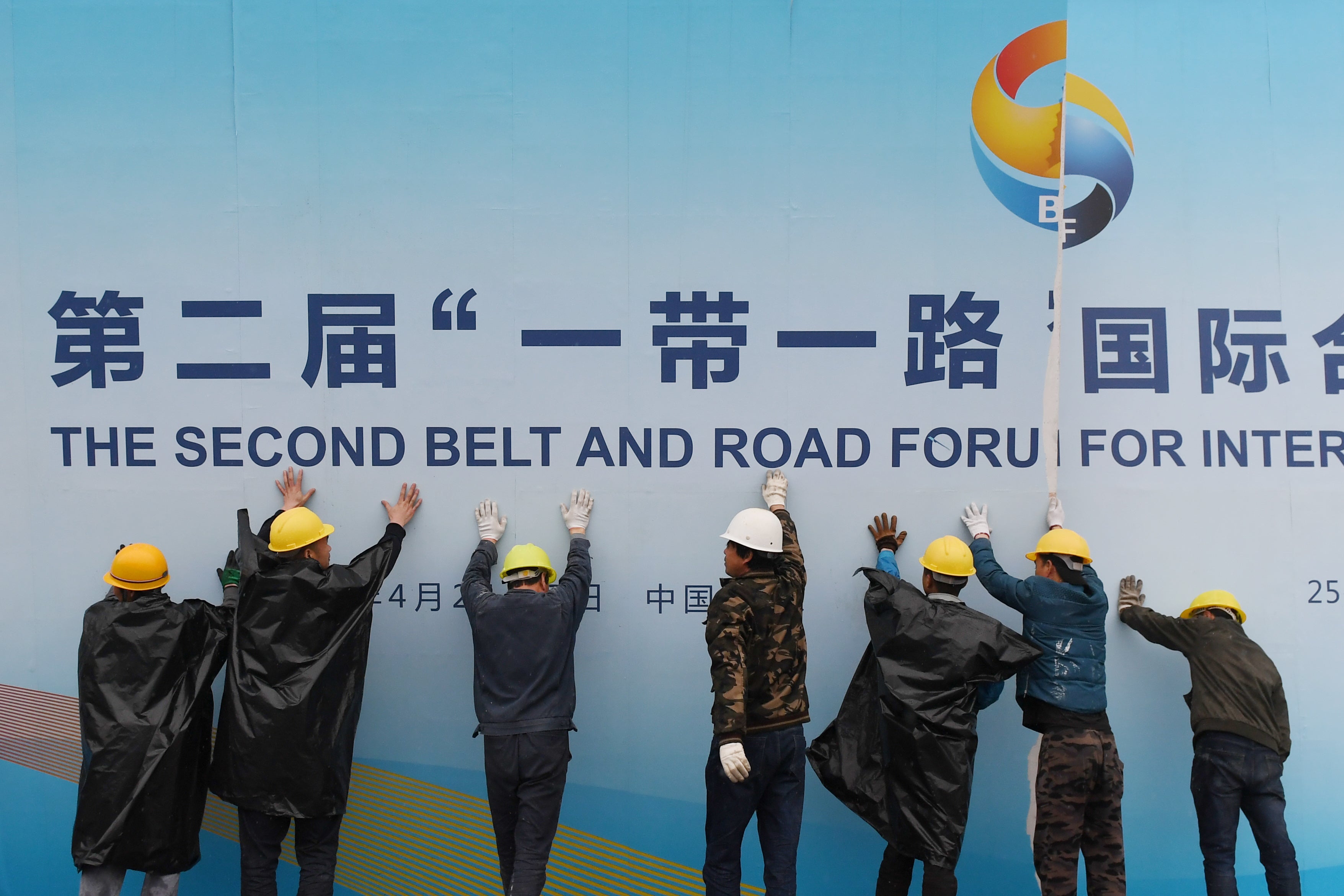 Workers take down a Belt and Road Forum panel outside the venue of the forum in Beijing on April 27, 2019. – Chinese President Xi Jinping urged dozens of world leaders on April 27 to reject protectionism and invited more countries to participate in his global infrastructure project after seeking to ease concerns surrounding the programme. (Photo by GREG BAKER / AFP)

NADI, Fiji — While China’s Belt and Road Initiative (BRI) would help fill the massive global infrastructure gap, it is not without risk such that the head of the Manila-based Asian Development Bank (ADB) on Thursday urged borrowers to be cautious amid fears of a Chinese debt trap.

“The Belt and Road Initiative is a very natural idea to expand the connections, the connectivity between East Asia, Central Asia and European countries all the way to Africa,” ADB president Takehiko Nakao told a press conference on the sidelines of the multilateral lender’s 52nd Annual Meeting.

Nakao noted that even hundreds of years ago, the Chinese had embarked on expansion of trade routes during the Han and Tang dynasties.

“And even before Western people came to Asia, there were very rich trade connections in the continent and also in the ocean by Central Asian people. And the Indian, Arabian and Chinese traders were all around here,” he added.

For Nakao, “there are merits of having more investment” through BRI, “but, at the same time, we must be careful that we must find good projects with good returns” to be financed by China.

“And even if the lending is to the government, each project identified should have strong economic ground with good return. Otherwise it would cause trouble for the payment capacity of the government,” he said.

“If those are met, I think these are expanded infrastructure investments which are needed for global growth,” Nakao said.

It also helped that China itself is aware of the concerns it may be lending to borrowers who have difficulty paying, he said.

“There are a lot of discussions about debt issues related to the BRI, so I think the Chinese authorities also pay more attention to these issues as stated in President Xi’s remark at the BRI meeting just several days ago,” Nakao noted, referring to Chinese President Xi Jinping.