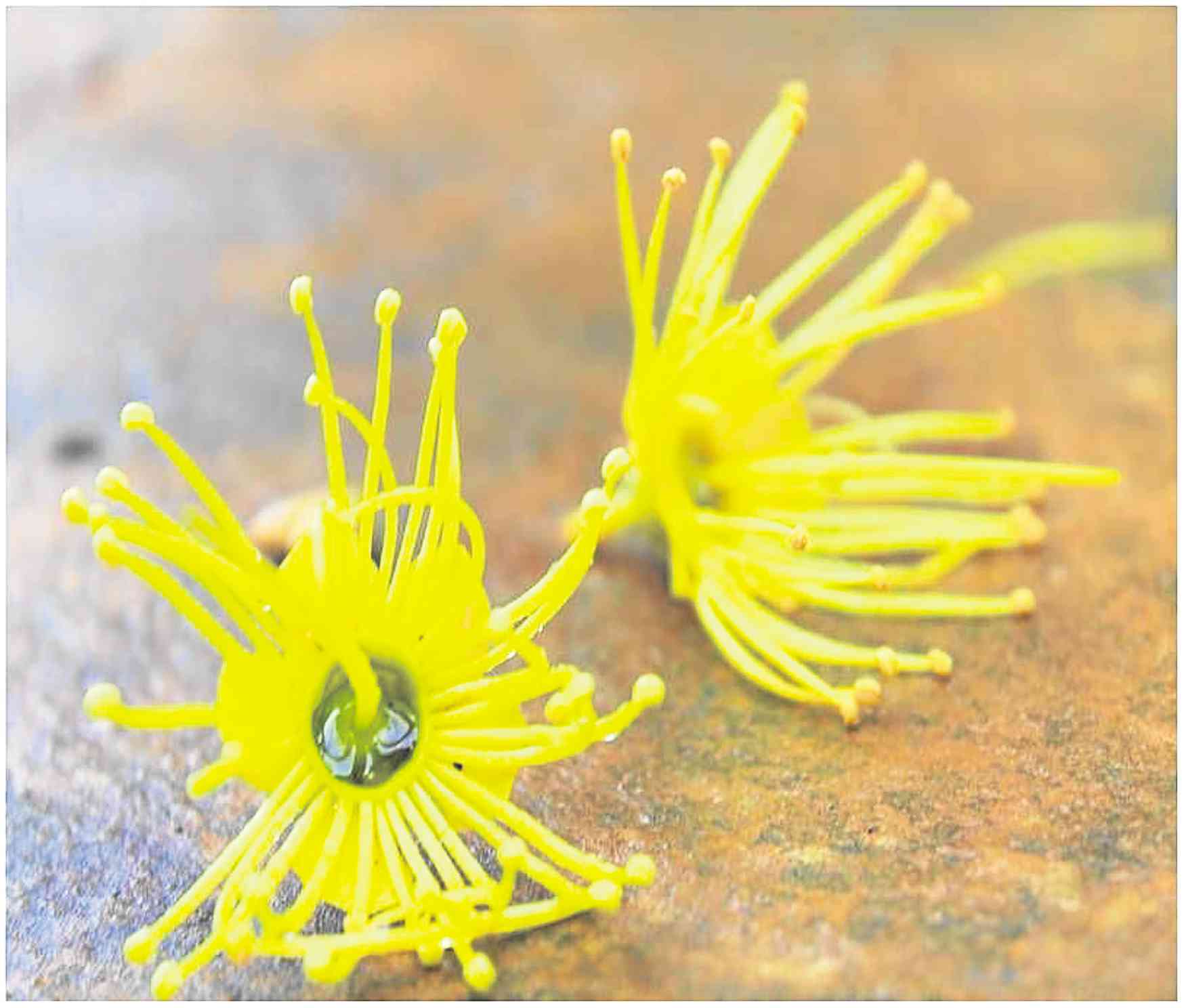 The Bagoadlau distinguishes itself from other Philippine ironwood trees through its stunning yellow flowers.

Giant pandas, Philippine eagles, African elephants and Bengal tigers are not the only species facing extinction. Some trees found only in the Philippines are, too.

Widespread logging, the indiscriminate conversion of primary forests into commercial plantations, housing developments, infrastructure projects and the steady march of climate change have all combined to push a number of native tree species to the brink of extinction.

Helping make sure that the Philippines will not lose these endemic trees vital to maintaining biodiversity is Energy Development Corp. (EDC), the renewable energy unit of the Lopez group of companies, through its groundbreaking Binhi (seed) program.

“For EDC, Binhi is the embodiment of our belief that our business needs to be sustainable and accelerates our efforts to decarbonize the future. We believe that it is essential to save the 96 threatened and endangered indigenous Philippine trees to leave a priceless legacy for our generations to come,” said EDC president Richard Tantoco.

Launched in 2008, the Binhi native tree species conservation program was spurred initially by EDC’s need to keep the watersheds lush to support the steam production in its geothermal fields.

It quickly expanded from there to become its contribution to nation building through the identification, rescue and propagation of native tree species.

It is the first and most extensive corporate-led reforestation program that is focused entirely on native trees.

Close to 100 threatened native tree species were prioritized for the search and rescue program and all were successfully found in the country’s remaining patchwork of forests.

One of these is the Bagoadlau, the hardest and densest of all local ironwoods and a sight to behold with its bold yellow flowers.

The once critically endangered ironwood can be found in the remaining forests of Aurora, Camarines Sur, Samar and Surigao del Sur.

These endemic wood species of the genus Xanthostemon are listed on the Philippine Red List as either critically endangered or endangered.

Given the urgency of saving these precious species, EDC did not stop at just looking for the species across the country. It went on to propagate the species, initially within its geothermal reservations, later to other parts of the country through partnerships with different academic and nongovernmental organizations, all of which dedicate a specific area for the planting of these tree species. 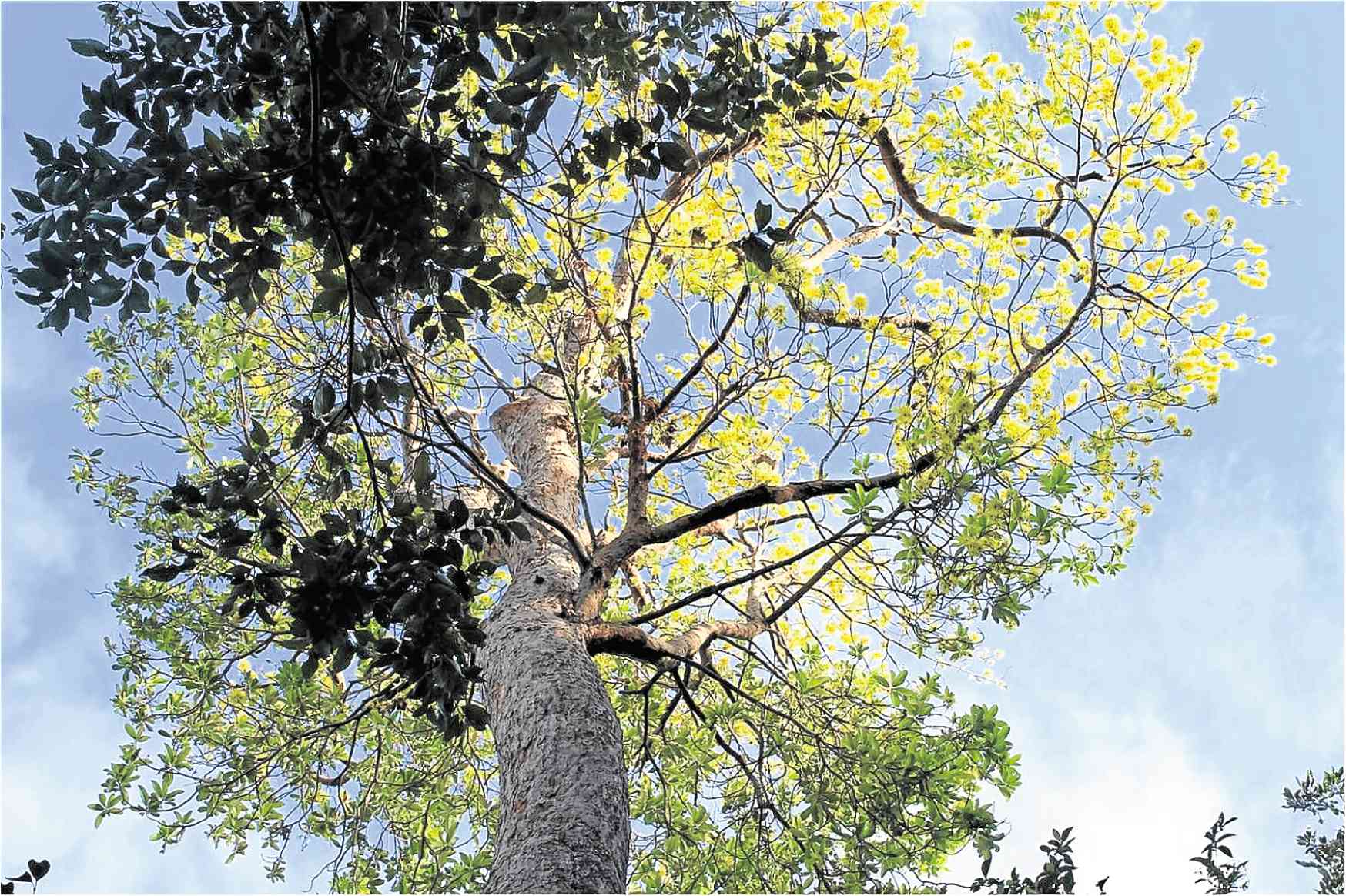 Bagoadlau, the hardest and densest of all local ironwoods

The Binhi team comes in by providing technical support and expertise in growing these species to increase the number and improving their chances of survival. These strategies ensure that more species are planted in areas far beyond the watersheds within EDC’s geothermal sites.

To further bolster the campaign, EDC entered into a partnership with the Department of Environment and Natural Resources’ (DENR) Biodiversity Management Bureau in 2016 under its “Adopt-a-Wildlife Species Program,” allowing it to contribute to the national biodiversity conservation program, focusing on the updating of the Philippine Red List of threatened tree species, the protection of the identified trees in surveyed areas and the planting of these species to save them from extinction.

Under the program, 35 threatened species are targeted for status upgrading, say from critically endangered to vulnerable.

At the end of the first phase, 10 have been upgraded, thanks to intensive inventory and geotagging and propagation work through the vegetative materials reproduction (VMR) facilities that helped shore up their numbers in the field, warranting the upgrade of their status.

Cementing EDC’s reputation for ably identifying, securing and improving the status of these threatened native trees is its appointment as the main global assessor for about 800 Philippine native trees by the International Union for Conservation of Nature, the global authority on the status of biodiversity and its preservation.

The results of EDC’s inventory and geotagging efforts are considered new and pioneering and will be submitted not just to the DENR but also to different scientific journals, as a valuable contribution to the scientific community.

With the successful updating of the first 10 species, 25 more are undergoing inventory and geotagging—10 were submitted for upgrading last year with the last 15 species slated for submission this year.

As the Binhi program enters its second decade, EDC is not letting up on its efforts and has committed to further gear up its forest restoration program to help ensure that future generations in the Philippines will still have these tree species found nowhere else in the world.