Gem L. Zenarosa building his empire with his faith

Success is an elusive dream for many people. And to those who find success say that it is not just about hard work but a mixture of luck and being at the right time, at the right place and being with the right people.

But for Gem Zenarosa, the man behind the fast-growing food retail chain – Turks, says that success is about surrendering your plans to the Lord God. A devout Iglesia ni Cristo who was born and raised by an INC minister, Zenarosa never thought that he will manage his own company.

A BS Nursing student by the Fatima University in Fairview Quezon City, Zenarosa said that like any ordinary family, he had experienced countless trials especially when he was still studying. 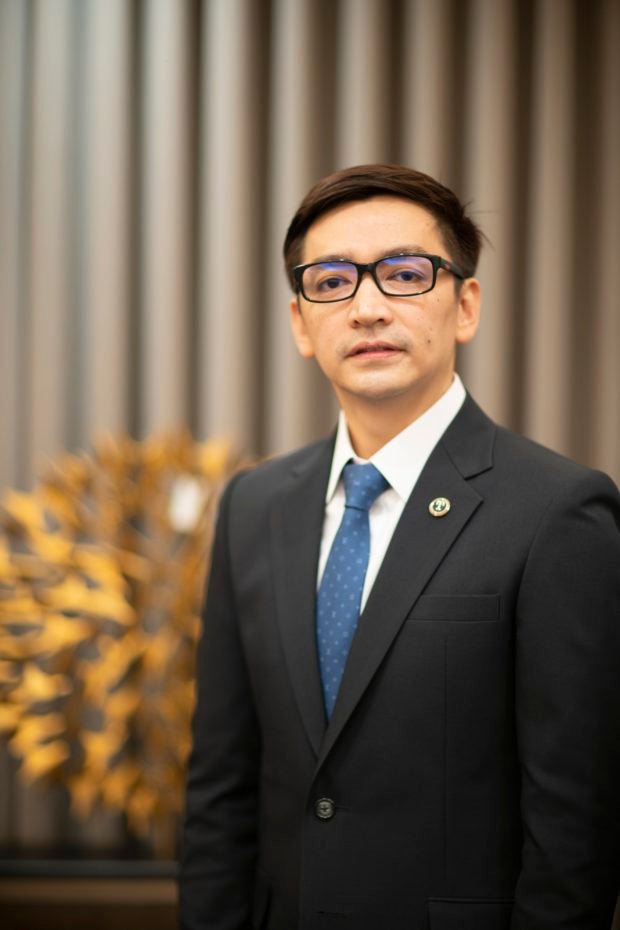 “I remember when I was in high school at the New Era University in Commonwealth, Quezon City there were many instances that I didn’t pay my jeepney fare from school going to Malabon. To evade payment, I always sat in the middle of the jeepney and voluntarily handed the fares of other passengers to the driver so he won’t think that I haven’t paid,” Zenarosa said.

He added that even until college, he still experienced the lack of money but it didn’t stop him from finishing his education. “My parents were just simple people who know the importance of faith and belief in God, education, hard work and perseverance. These were just a few things that they instilled in me, which inspired and drove me to dream big.”

In 2003, He met Angel Glo N. Zenarosa, whom He married after a year even if they were both still in college studying.

“My father in law gave my wife a brand new car as a graduation gift in college, and we were so happy for his generosity. And as the man of the house, I took different jobs to provide for my wife. I got into buying and selling cars and this equip me the knowledge on how to manage my finances and earnings,” Zenarosa explained.

While juggling several jobs here and there, he suggested his wife to do something to keep her busy while he’s at work so she won’t get bored being alone in the house. “I was busy with buy and sell, then one day I told my wife what if we start a business.”

As a man who grew up in the knowledge of God, Zenarosa said he prays for everything that he does and waits for the will of the Father before making a decision, so when he contemplated on starting a business and got the answer for his prayers, he decided to make that jump to the unknown.

Considered a newbie in the business industry, Zenarosa who was only 26 at that time was full of enthusiasm and creativity to guarantee that his business will prosper and last for generations to come. Zenarosa with his brilliant mind innovated the usual shawarma kiosk we see everywhere.

Without so much money to fund the business that he and his wife will put up, they decided to sell the car, which his father in law gave to his wife. “We shared our plans to our relatives and friends and of course they had their opinions and suggestions especially about our option to sell the car. They asked what if our business plan failed; there were many ifs and buts. However, I pushed on and the year 2007 was really unforgettable.”

Zenarosa together with his wife Angel Glo Zenarosa determined to make their business a success put their hearts to it.

“In 2007, shawarma stalls were all over but there were none in shopping malls because of the aroma of the beef while cooking it. So it was really a challenge for me to get into the shopping centers especially in SM Malls. What I did was, I designed my own cart.

Considered a newbie in the business industry, Zenarosa who was only 26 at that time was full of enthusiasm and creativity to guarantee that his business will prosper and last for generations to come. Zenarosa with his brilliant mind innovated the usual shawarma kiosk we see everywhere.

To keep the aroma of the beef from spreading, he designed Turks cart with a glass to keep the smoke and scent within the cooking area. With his design, Zenarosa’s Turks cart was approved by the SM Mall, and they opened their first branch in SM Sta. Mesa. 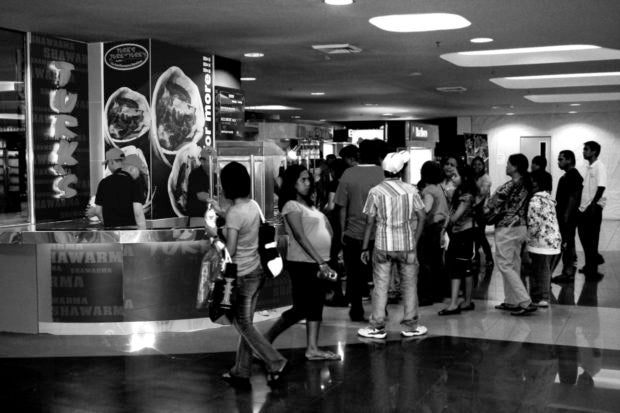 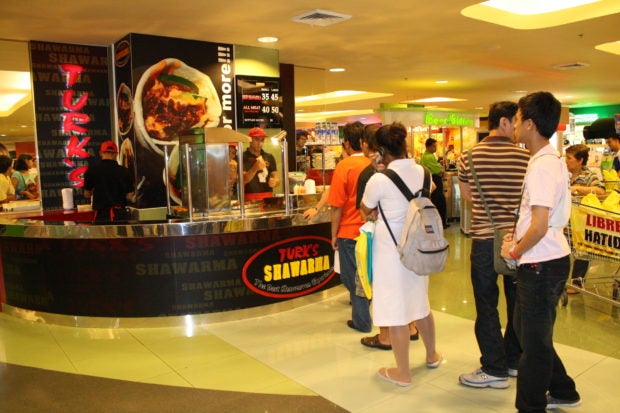 “With our limited capital, running the business was really difficult and I had to do everything from being the marketer down to being the cashier,” he said.

He recalled going to Balintawak market early in the morning while everybody is sleeping to buy vegetables. He would rush home after to prepare the products before he delivers them to the store. Together with his wife, they manage the store operations from cashiering to serving the customers with their baby on a trolley at one corner of the store.

“And our work didn’t stop there, we were also the store staff,” he added.

Holding onto the promises of the Father that He will bless the works of our hands, Zenarosa witnessed how God fulfilled his promises. In the same year, Zenarosa opened five more branches in other SM Malls.

As the years passed by, Zenarosa who used to prepare everything in the small kitchen of his house, Turks now has a commissary with an area of 3000sqm   located in Cavite.

From five branches of which he was doing all the works from marketer, delivery, and crew, Zenarosa grew the business steadily and opened several Turks kiosks in other parts of Metro Manila. By the year 2011, Turks started converting their stores from a simple cart into a big food stalls and full dining restaurants with its expanded menu.

“The growth of our business, of our company is overwhelming and know I owe it first to God, then to our commitment to bring palatable,  quality and fresh products to our customers, to our business partners/franchisees, to our staff and of course to our loyal patrons who trust our foods. And this is also the reason why I personally don’t stop from researching and developing our product line so we can provide them with better food offerings,” he noted.

From a food cart that nobody notices that it was growing speedily but the clamor of the people for its products was very strong. The Turks become a habit of mall-goers, its goodness spreads by word of mouth, by those who have experience and tasted the Turks shawarma. It’s like a visit to a mall isn’t complete without enjoying a wrap of Turks..

As the Turks popularity in the food industry for its quality and staying power and as the pioneer in shawarma food cart business placed in malls and other locations with very high foot traffic, many aspiring and already made entrepreneurs clamored for franchising, however, being very meticulous in everything that he does, it took a while for Zenarosa to open his business to franchising.

“From day one I opened this business, I was hands on. I know the business and the operations from inside out and it really took me a long time to finally open this to franchising because I know how hard it is to start a business, the sweat, money, effort and time among others…you can’t gamble at the expense of others. I don’t want to disappoint people. I have seen other businesses in this industry closed down, and it is heartbreaking when you see someone loses something. And I don’t want that feeling that is why I really studied everything about the franchising packages that we are offering,” Zenarosa explained.

After reaching 52 branches in 2016 and after the result of his research and studies in doing a franchise, Zenarosa opened Turks door to franchising.

“We are currently offering two packages for our franchising, the Package 1 is for Turks Cart, Turks Kiosk and Turks Take-out Counters. The Package 2 is for Food Stall an inline product, this package is the full restaurant set up, which offers different meals,” he explained.

According to Robert Ignacio, one of the many franchisees of Turks, he attested that it is a good investment. “We all know that ROI depends on many different factors but based on my experience other investors, ROI can be achieved within six months to a year,” Ignacio shared.

Backed by his years of experiences being very hands-on in managing and growing his food business, Turks is now one of the fast-growing food franchise businesses in the country. With at least 498 branches nationwide and targeting to open 222 more branches for the rest of the year.

“Turks was able to capture the discriminating palate of Pinoys and we are happy to announce that Turks this year will open its branch in Hongkong and the United States.,” Zenarosa revealed.

Success indeed is very elusive but it is also true that unfathomable blessings and provisions come to those who trust in the works of the Lord God.

Zenarosa who is now only 38 years old and already a self-made business innovator, is really a living testimony of how the Father works in the lives of those who work hard according to God’s will. 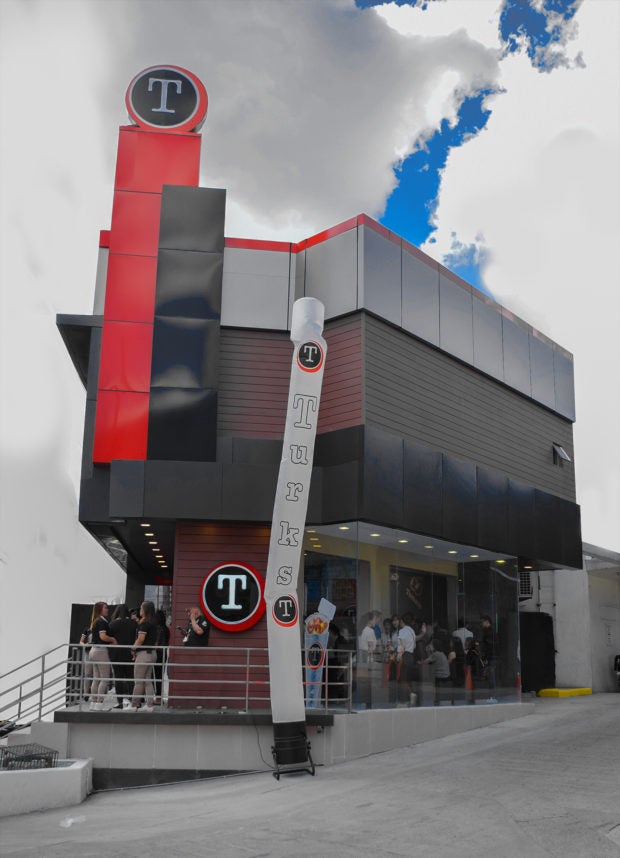