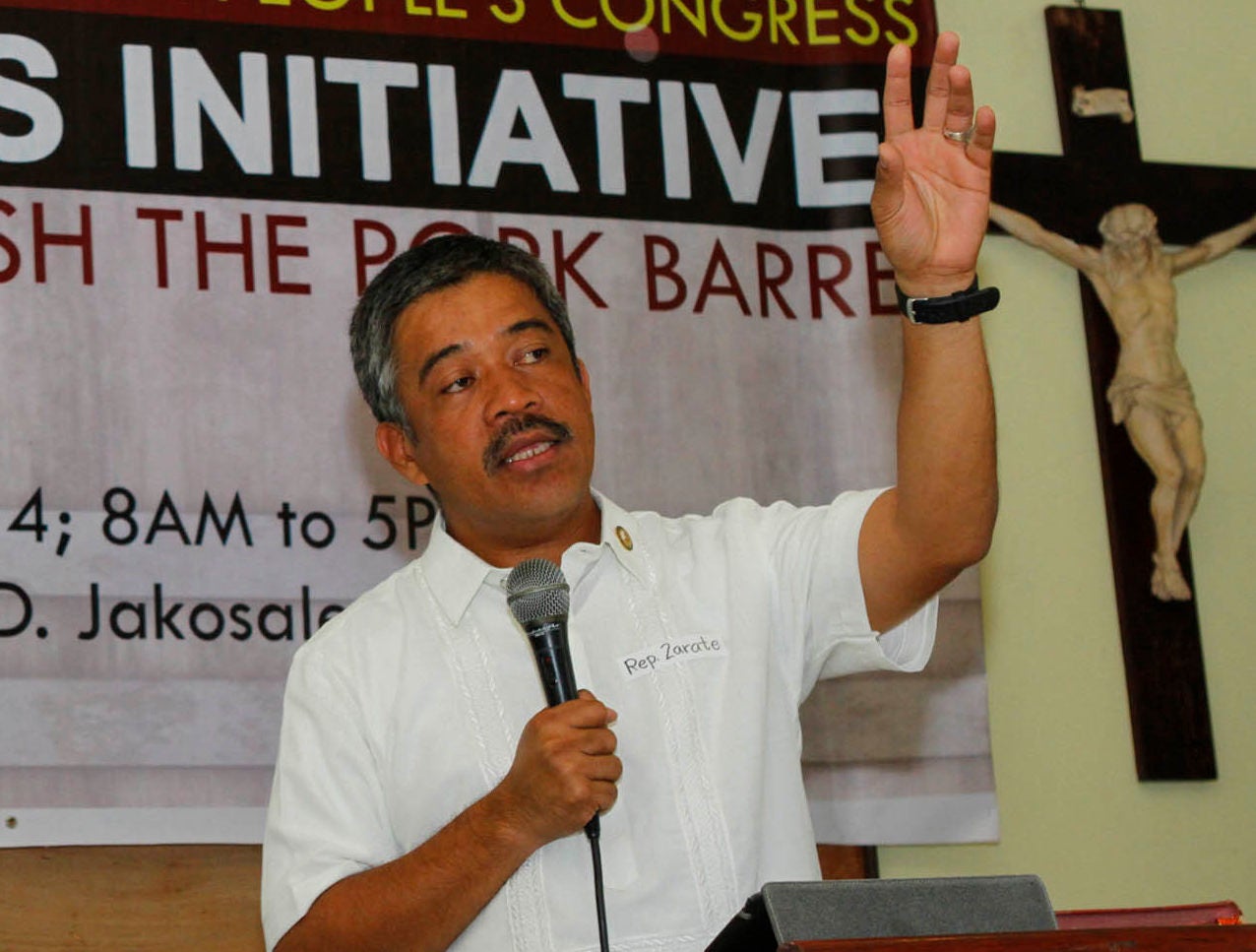 MANILA, Philippines — Bayan Muna Rep. Carlos Zarate has called on the House leadership to prioritize a measure he filed back in 2017 on the questionable simultaneous shutdowns of numerous power plants–a phenomenon that has once again grabbed news headlines.

(They’re just sitting on this resolution but I now hope the House leadership fast tracks it and immediately call for a hearing.)

HR No. 928 urges the House Committee on Energy to conduct an inquiry, in aid of legislation, on the overall situation of power plants location in the Luzon grid, considering the spate and overlapping power plant shutdowns.

The measure–which has not been acted upon by the particular House panel–warned that these massive maintenance shutdowns “would definitely cost immense electricity rate hikes to the detriment of our consumers.”

Zarate, in filing HR No. 928, also batted for the institution of pro-people measures and reforms “to protect the consumers from these seemingly collusive and manipulative practices.”

“Since the advent of EPIRA (Electric Power Industry Reform Act), the power oligarchs have been ‘electrocuting’ hapless consumers with the unbridled and non-stop rise in the cost of electricity through collusion and market manipulation. And, for decades, too, our regulators are also held captive by these power players,” the Davao-based solon claimed during a House hearing on the issue last Wednesday.

Last week, Zarate criticized the continued simultaneous maintenance shutdowns of power plants during the summer season, which end up hurting power reserves in Luzon at a time when power demand is at its highest.  That same week, system operator National Grid Corporation of the Philippines (NGCP) placed the Luzon grid on red alert status for three straight days in order to warn consumers, including those in the franchise area of the Manila Electric Company (Meralco), of rotating brownouts.

“Why is it that they always have to break down at the same time when demand is highest? Di talaga masisisi ang consumers na mag-isip na niluluto ito para tumaas ang singil sa kuryente (We really can’t blame the consumers for thinking that the power plants are colluding in order to raise the cost of electricity),” he said. Zarate said that since 2012, power plants such as the Sual power plant, Calaca power plant, Pagbilao power plant, and Malaya thermal power plant have bogged down annually during summer.

He said that it’s high time for Congress to review the matter.

(It’s the owners of these plants who should be shouldering the additional cost in electricity since it’s their fault that these plants keep bogging down, and not the consumers. That’s why they shouldn’t ask us to pay.)

Also on Wednesday, Bayan Muna members held a picket outside the Meralco office in Kamuning, Quezon City, to protest a supposed power rate increase on the heels of the simultaneous plant shutdowns.

Meanwhile, Zarate reiterated his appeal to President Rodrigo Duterte for him to look into the seven power supply agreements (PSAs) that Meralco-linked subsidiaries have applied before the Energy Regulatory Commission (ERC). He said these pending power deals did not undergo public bidding.

“President Duterte should immediately order the review of the power supply agreements (PSAs) of these generation companies as well as those in the works like the seven midnight deal PSAs of Meralco-related companies, chief among them is the Atimonan One power plant,” he said.

Zarate earlier computed that Quezon’s Atimonan One power plant–factoring in interest on loans during its construction and the cost of imported equipment–would produce electricity at a hefty P7.46 per kilowatt hour (kWh).

Other power players can offer electricity for as low as P2.95 per kWh, he said. /jpv