Even with a reenacted budget, gov’t infra spending up 26.3% 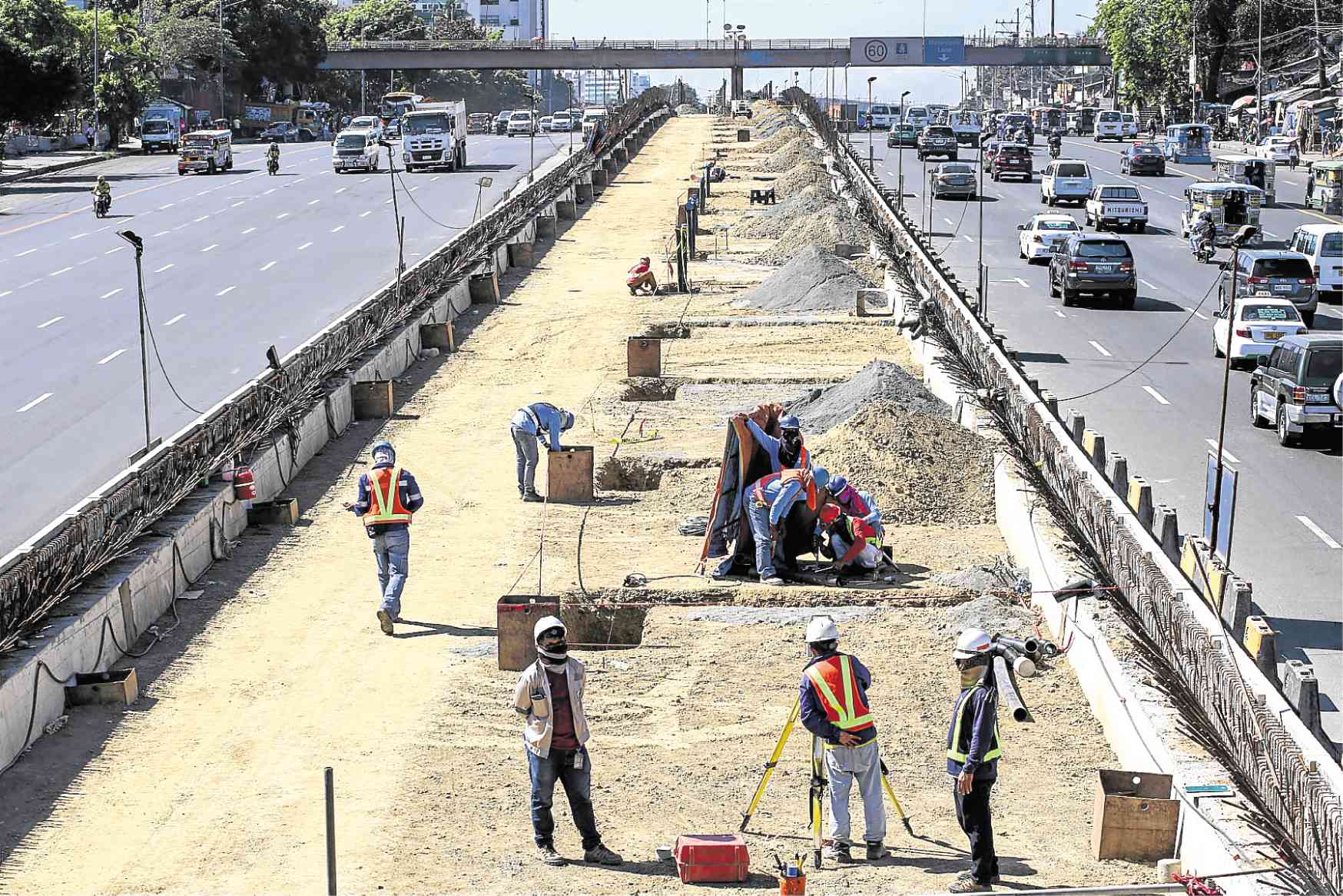 Even under the scorching heat of the sun, workers continue to build the MRT 7. —JAM STA. ROSA

The government, on a race to build crucial infrastructure projects as touted in its “Build, Build, Build” program, made do with a reenacted budget at the start of the year.

Amount spent on infrastructure still rose by over a fourth at end-February to P118.4 billion as it settled payables for finished projects.

The latest Department of Budget and Management (DBM) data showed that expenditures on infrastructure and other capital outlays from January to February increased 26.3 percent from P93.8 billion a year ago.

In its report, the DBM mainly attributed the jump in disbursements on infrastructure to the “payment of prior years’ accounts payables for completed infrastructure projects of the Department of Public Works and Highways (DPWH).”

The President is set to sign the P3.757-trillion 2019 national budget on Monday (April 15), almost four months behind schedule due to an impasse between the two houses of Congress over allegations of insertions allegedly made by the House of Representatives.

This year’s budget was also delayed as former DBM chief and now Bangko Sentral ng Pilipinas Governor Benjamin Diokno had been accused by some lawmakers of conflict of interest on certain infrastructure projects, while he declined to face any House-led probe.

To make up for lost time that should have been used to start building new infrastructure and continue ongoing projects, the Duterte administration’s economic team in February requested the Commission on Elections to exempt priority programs and projects from the election ban.

The economic managers had sought exemption for 145 big-ticket projects included in the proposed 2019 appropriations, on top of 603 DPWH-led projects.

While they await the President’s signature on the 2019 budget, the DBM said agencies “can already proceed with the award of contracts and start implementing new activities with the effectivity of the 2019 general appropriations act, and undertake catch-up measures to meet their respective targets for the year” in a bid to “hopefully minimize the impact of the delays in the approval of the 2019 budget.”