SC affirms 2018 ruling: LGUs should get share of all national taxes |

SC affirms 2018 ruling: LGUs should get share of all national taxes 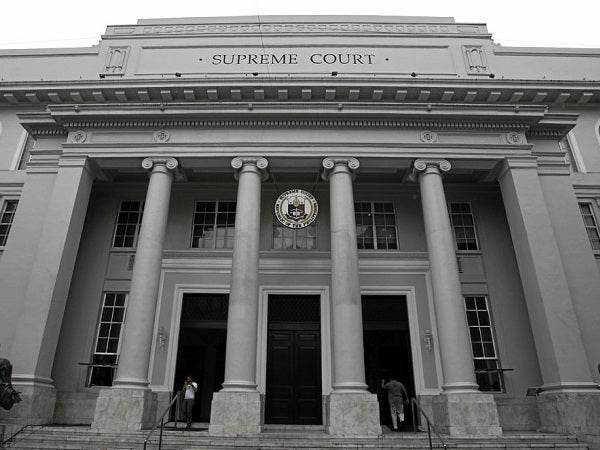 BAGUIO CITY, Philippines — The Supreme Court (SC) stood by its 2018 decision that local government units (LGUs) are entitled to internal revenue allotments (IRAs) based on collections of not just the Bureau of Internal Revenue (BIR) but all tax-collecting government agencies.

Voting 8-3 on Wednesday, the high court denied the motion for reconsideration filed by Solicitor General Jose Calida on SC’s 2018 ruling, which said that IRA of local governments under Republic Act No. 7160 or the Local Government Code is understood to be based on the collections of all national taxes.

The government’s lawyer has argued the SC erred when it expanded the basis of IRA. The Solicitor General also added that in the event that the decision is upheld, it should have a prospective application and that any adjustments on the IRA be applied after finality of the SC’s ruling.

In denying the motion for reconsideration, the SC through its Public Information Chief and Spokesperson Brian Keith Hosaka clarified that the adjusted amounts of the IRAs is “deemed effective only after the finality of the ruling of the court. Hence, the adjusted amounts will be given to the LGUs starting with the 2022 budget cycle.”

Hosaka said the SC applied the “operative fact” doctrine in ordering prospective application of the ruling.

The decision addresses concerns that such increase in IRA allocations for LGUs would cost the national government some P1.5 trillion in funds.

In its 2018 decision, it said that Section 284 of Republic Act 7160 stated that provincial, city and municipal governments should receive 40 percent of total national internal revenue taxes collected by the national government.

The SC, however, rejected petitioner’s plea for retroactive application of the increase of IRA for LGU for the past 26 years or since the Local Government Code was implemented in 1992.

“Logic demands that LGUs should receive the difference between the just share they should have received had the Local Government Code properly reckoned such just share from all national taxes on the one hand, and the share… the LGUs have actually received since the effectivity of IRA under the LGC, on the other,” read the ruling penned by then Associate Justice and now Chief Justice Lucas Bersamin.

National taxes include customs tariffs and taxes collected by other state agencies such as the Bureau of Immigration.

SC: LGUs should get share of all national taxes