Can blockchain bring back trust in our election system?

The latest technology can help erase doubts over the electoral process
By: Ann Cuisia - @inquirerdotnet
Philippine Daily Inquirer / 05:02 AM April 08, 2019 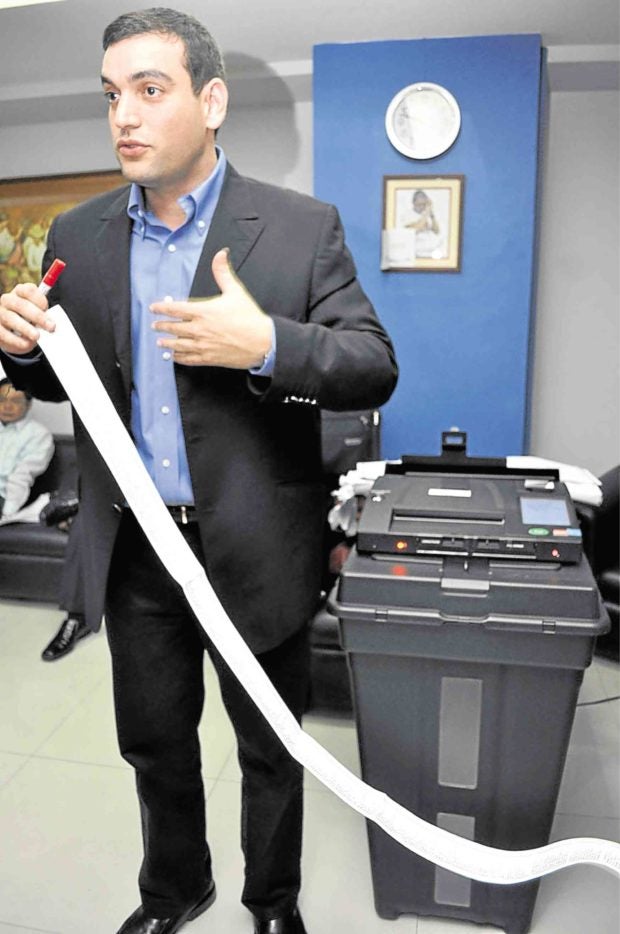 In the 2004 presidential election, the National Citizens’ Movement for Free Elections (Namfrel) estimated that over a million Filipinos were unable to vote “due to mistakes in the new computerized voters’ lists in many precincts.”

With the manual process, it also took over a month before Gloria Macapagal-Arroyo was declared the winner.

In 2010, the presidential poll was fully automated for the first time, thanks to what are now known as PCOS—or precinct count optical scan—machines, although these, too, were not without controversy.

Not only did Filipinos have to assume that the municipal Board of Canvassers and local officials were above suspicion.

Now, they had to assume that these machines—along with their underlying technology that can be difficult to comprehend—were error-free, too.

One thing is consistent though: There remains a mistrust in either the process—whether that be the manual or the automated PCOS machine-powered poll—or the people involved in the system.

In 2010, for instance, there was an acknowledged mistrust in the idea that the country was handing over all components of the automated election system (AES) to just one external party. This, despite the various measures in place to assure a fraud-free and transparent election: a requisite certification of the source codes for the PCOS machine’s software by an international entity as well as review by accredited local organizations; the presence of an independent election monitoring group such as Namfrel, etc.

Also, succeeding elections saw the AES components being unbundled by the Commission on Elections to mitigate the negative perception (or feeling of mistrust) toward the main service provider.

We have an election that is meant to be for the people and by the people, but the problem is that it is controlled centrally by a few authorities.

What if there were a voting system where each Filipino does not need to trust others in the network because the process can be trusted?

Those who know me will not be surprised when I state here that I espouse looking into the possibility of blockchain for voting.

The merits of a working blockchain-backed voting system are many, among which is its capability to secure data by making them tamper-proof.

Of this distributed, data-protecting storage technology, we need to ask: can blockchain potentially create an “immutable ballot box?”

But before I proceed, let me just highlight here that the election process is not just about the ballot box.

I have yet to find a country that had fully used blockchain for all these stages successfully.

But there are a few use cases for blockchain in elections.

In 2018, Sierra Leone used blockchain to verify the votes (although voting itself was still largely paper-based).

This makes the country the first to use “transparent voting technology,” in the words of the COO of the Swiss-based provider Agora.

In the United States, West Virginia became the first state to pilot test internet voting by blockchain on a limited size of voters during the 2018 primary elections.

Voting was done via mobile devices, while the identity of the voter was verified using biometric tools.

In this process, each vote was recorded on the blockchain immediately and “mathematically” verified by a third-party participant.

The process also allowed each voter to immediately check if his vote was indeed counted.

But there is still much to be done.

While blockchain itself provides security, protocols used in internet voting such as fingerprint-scanning or facial-recognition technology can be hacked.

While I am confident in the potential of the blockchain technology, I do acknowledge the sound advice from the experts.

Other countries are already starting their own research on blockchain for elections.

Our government should start doing its own homework on the technology and how it can prevent rigging in all stages of the election system.

Institutional heads should be the first to try to understand the technology so as to make informed and evidence-based decisions.

The next presidential election is only three years away, but in the tech world, a lot can happen during the period.

The Philippines should not allow itself to be left behind again. —CONTRIBUTED