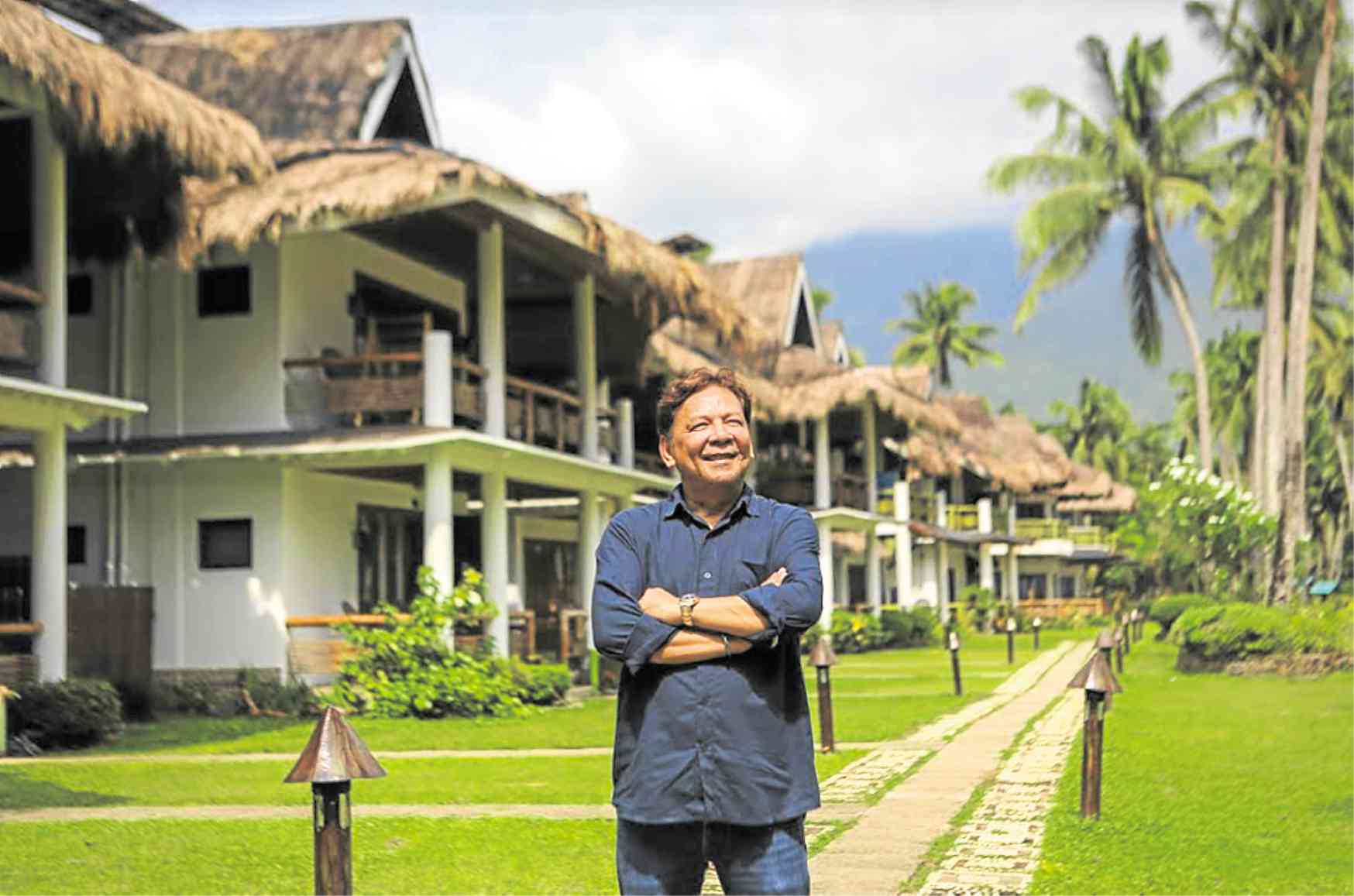 Daluyon CEO Butch F. Tan says his investments in green technology have been paying off.

At first glance, the 23-room Daluyon Beach and Mountain Resort looks just like any other four-star resort along Sabang Beach, about an hour from the center of Puerto Princesa City.

A closer look, however, reveals a host of innovations that have significantly reduced its operating expenses for increased profit while shrinking its carbon footprint at the same time.

The reception desk and the kitchen, for instance, are illuminated by tubular lights, engineering marvels that concentrate natural sunlight thus reducing the use of artificial lighting.

The lobby and the dining rooms, meanwhile, are made more comfortable through the use of high volume, low watt electric fans.

Then there is the conference pavilion where big groups have their meetings.

Even without expensive air-conditioning, guests can comfortably have their meetings and events there, thanks to the water sprinkler on the roof that bring down the heat caused by direct sunlight and the large low-wattage but high volume fans that circulate cool air inside the large room.

These features are just some of the technologies and innovations learned and implemented by Daluyon following its participation in the groundbreaking Zero Carbon Resorts (ZCR) for Sustainable Tourism Project.

The four-year project, which ran from May 2014 to August 2018, is funded by the European Union-Switch Asia Program.

It seeks to encourage the growing hospitality industry in Thailand and the Philippines to reduce their consumption of resources such as water and electricity and shrink their carbon footprint by investing in and applying appropriate technologies developed by experts from around the world.

The project was implemented by the Center for Appropriate Technology, a scientific association for research and development based at Vienna University of Technology in Austria (Die Gruppe Angepasste Technologie-GrAT) in partnership with the Palawan Council for Sustainable Development and Centro de Investigaciones Energeticas, Medioambientales y Tecnologicas, a public research body based in Spain.

Daluyon owner and CEO Butch F. Tan reports that the initial investments in these technologies and systems he learned from the ZCR projects may seem daunting because these are new and unfamiliar.

But the investments have been worth it.

Daluyon’s electricity bill alone is estimated to be 50 percent lower than that of a comparable resort in size and operations.

The benefits go beyond what is reflected on the bottom line, extending to improved working conditions and enhanced customer service.

“Seeing the happier faces on the consumers is also already enough of a return on our investment,” said Tan, who positions his Daluyon Resort as well as the sister Puerto Pension Inn in the Puerto Princesa city center as “green” destinations. 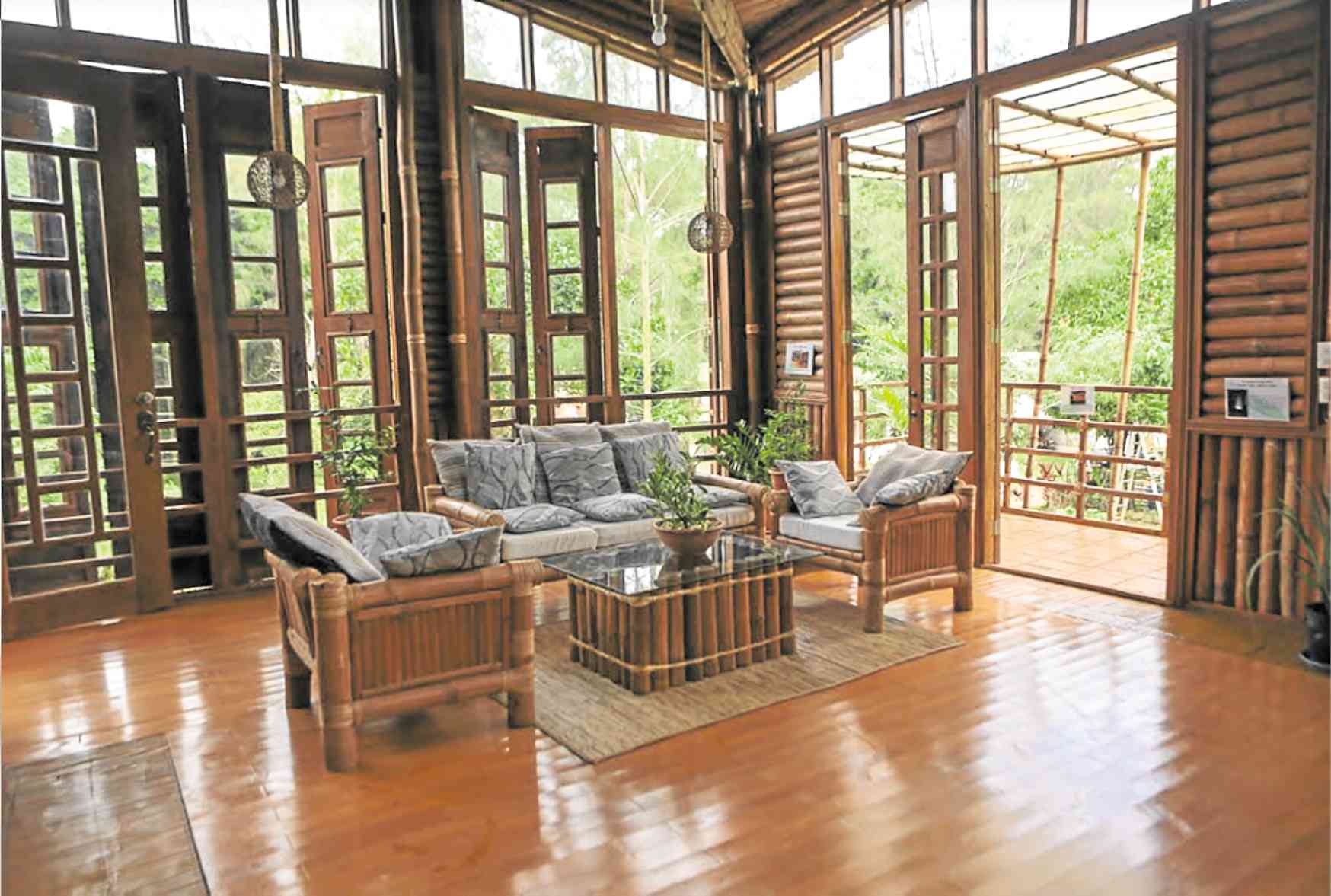 Resort owners can visit the ZCR Demonstration Cottage in Palawan to get ideas on how to shrink their carboon footprint.

Also benefiting from the ZCR project is the 15-room Balay Tuko Garden Inn, also in Palawan.

Balay Tuko, for example, installed hanging blinds made of bamboo and tie wires to block direct heat and lower the temperature inside the rooms without compromising natural lighting.

This lessened the load on the air conditioners thus reducing the electricity use.

According to owner Maria Theresa Walgraeve, big and small changes implemented gradually over the years have resulted in a significant cut in its electricity expense.

Further modifications included the repainting of the roof of the restaurant to white to reduce heat absorption.

It used to be painted dark green, which meant that the temperature on the roof could go up to as high as 70 degrees Centigrade.

As for water use, the resort patronizes low flow water closets and shower heads and waterless urinal for public toilet.

“We did not have difficulty adopting the recommendations,” said Walgraeve, who is encouraging fellow resort owners to join the ZCR campaign.

The ZCR project seeks to point stakeholders in the right direction and thus influence a critical mass of small and medium scale enterprises in Thailand and the Philippines to demonstrate the value of green tourism by increasing resource efficiency and using renewable resources.

The Reduce phase involves the simple and cheap yet effective measures that were implemented to reduce consumption with minimal investments.

The savings from this phase can be reinvested to change old and inefficient appliances during the Replace phase with more efficient ones which could lead to more savings.

The third phase is the Redesign, focusing on buildings and construction showcasing resource efficient solutions using appropriate technologies and indigenous knowledge and craftsmanship in the building sector.

These tried and tested principles that form the core philosophy of the ZCR program have been embraced by over 800 registered members in the Philippines.

More establishments are being encouraged to join the fold and for those seeking information on the small and big changes that can be implemented to make establishments and even homes be more environment friendly, they can visit the ZCR Demonstration Cottage in Palawan.

The overall objective of this showcase is to demonstrate the feasibility of an innovative building concept that significantly reduces CO2 emissions and demonstrates resource-efficient solutions in the building sector using indigenous and locally available materials.

To create an extra incentive to switch to more sustainable practices, a green hotel label was developed for the Philippines with support from the Department of Tourism.

This will help to further institutionalize the benefits of the ZCR project.

With these establishments as role models, it will likely be just a matter of time before even more players of the tourism industry embrace the ZCR philosophy and implement practices and techniques that will save on energy, water, fuel, and other resources that will not only increase profit but also help promote a more sustainable tourism industry. —CONTRIBUTED