Why you should love Filipino churches | Inquirer Business

Why you should love Filipino churches 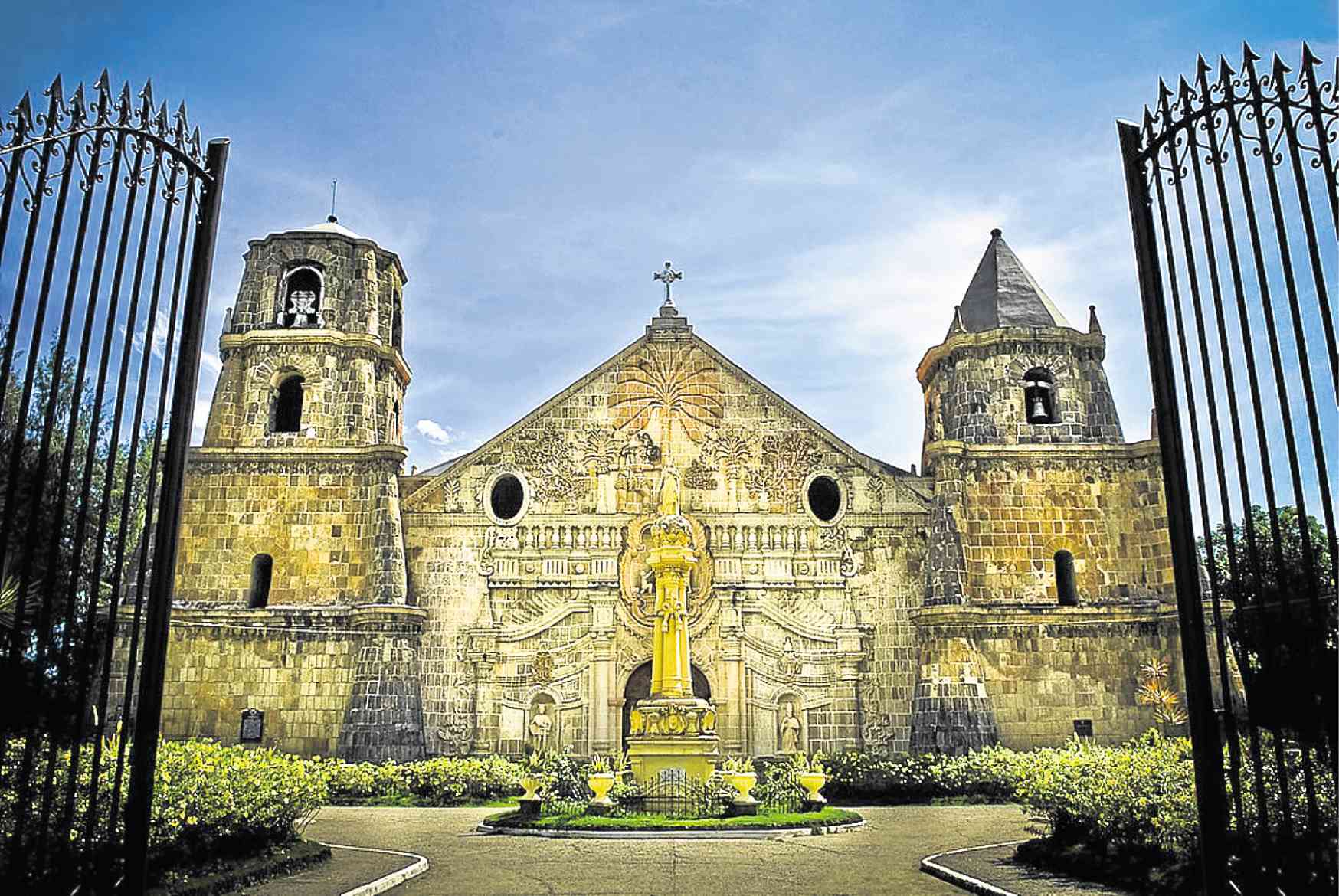 The Miag-ao Church of Iloilo boasts of tropical motiffs on its facade.

As a country teeming with Catholics, churches play a significant part in Filipino culture. From Luzon to Mindanao, almost every barangay in our country features a Catholic place of worship.

Despite this fact, few people take notice of the unique character of our churches. Case in point: did you know that our old churches were initially built by Muslim artisans?

As we prepare to do our rounds of local churches for the annual Visita Iglesia tradition this coming Holy Week, let us fill our heads with new knowledge about these religious structures. Beyond icons and traditions, churches are filled with unique gems that make them unmistakably Filipino.

These elements show the world that though we prescribe to a common faith, we will always have our own unique identity.

Desserts in the structure

Over time, it has become widespread trivia that many old churches in the Philippines were built using egg whites. The group includes the Holy Rosary Church in Angeles City, Pampanga and the Baclayon Church of Bohol.

Beyond egg whites, builders during the Spanish era also turned to other edible ingredients during construction.

According to German scholar Wolfgang Bethge, the Paoay Church of Ilocos Norte was made of mortar consisting of sugar cane juice, mango leaves and leather strips for durability. The red bricks that also formed some of our churches were produced from a mixture of loam and sugar cane juice.

Nowadays, the use of concrete has pretty much wiped out the use of egg whites in construction, but many structures built with the old method still stands today as a testament to the effectivity of eggs.

As Catholicism was brought to our shores by the Spanish conquistadores, early churches were built out of local materials such as bamboo and wood.

Seeing the need for more permanent structures, the Spanish missionaries could only turn to the Muslim and Chinese master builders for help in building new places of worship. This was how Islamic and Chinese elements found their way into Philippine churches.

Many religious buildings feature these unique elements. The San Agustin Church of Manila, for one, hosts granite lion “guardians” at the church entrance. The Paoay Church of Ilocos, meanwhile, has a pagoda-inspired bell tower. Lastly, the Sta. Lucia Church of Ilocos depicts horseshoe arches and geometric motifs which are common in Islamic artwork.

These features indicate that despite the strong presence of Catholicism in our country, we cannot deny that other religions have played significant roles in our nation’s history. At a time when Roman Catholicism was still finding its roots in the Philippines, Muslims and Buddhist Chinese were already established in our islands.

Earthquake Baroque can be seen in the design of bell towers of many churches. Bell towers were often located away from the main church to avoid crushing the larger hall in case of earthquakes. The Santa Maria Church of Ilocos Sur exemplify this feature. Oftentimes, the main churches were connected to the bell towers via underground tunnels and hidden access doors.

Churches in the past also considered the pirates and the tropical weather that often plagued the Philippines. As defense against the former, missionaries fortified the churches with heavy stones and bricks. Considering the latter, meanwhile, churches were built with high ceilings and numerous clerestory windows to maximize ventilation.

As a literal homage to the surroundings, the Miag-ao Church of Iloilo even features coconut palms, papaya and guava trees in its façade.

Traditional Catholic churches find their basis in Roman architecture, with the basilica, originally a government public building, serving as the ideal prototype. The typical ideal church would feature a cross-shaped layout with the nave or the main aisle intersecting with the transept (aisle running across the shorter end).

Other features of the typical Roman-inspired church include a choir area, an apse hosting the tabernacle, a raised pulpit and an elevated altar area (bema).

Though many Filipino churches prescribe to the Roman ideal, there are some elements of Filipino culture that made their way into the structure.

For one, Filipino churches often include a retablo, or a “cabinet of saints” that housed images of various religious figures that are arranged by hierarchy. Relleves, or carved images in relief, also depict the Way of the Cross and stories of saints. These features are based in Spanish roots, but they have evolved to feature Filipino ornaments.

Furthermore, traditional elements bear characteristics of the local environment. This can be seen in the San Agustin Church of Manila which feature a stone barrel vault, dome and arched vestibule that take the shape of local flora.

Overall, these churches bear the culture and identity of Filipinos in its architecture. Though faithful to its Catholic roots, these churches are made unique because they discreetly tell our country’s history in their details.

And so the next time you visit a church, take a moment to look for Filipino characters that hide in their formal features. You’ll be surprised to know that these structures offer more than what meets the eye, and that each church tells a story.

Beyond faith and tradition, the churches of the Philippines serve as testament to our people’s ideals, hopes and aspirations for the future.