Entrepreneurs get a lifeline 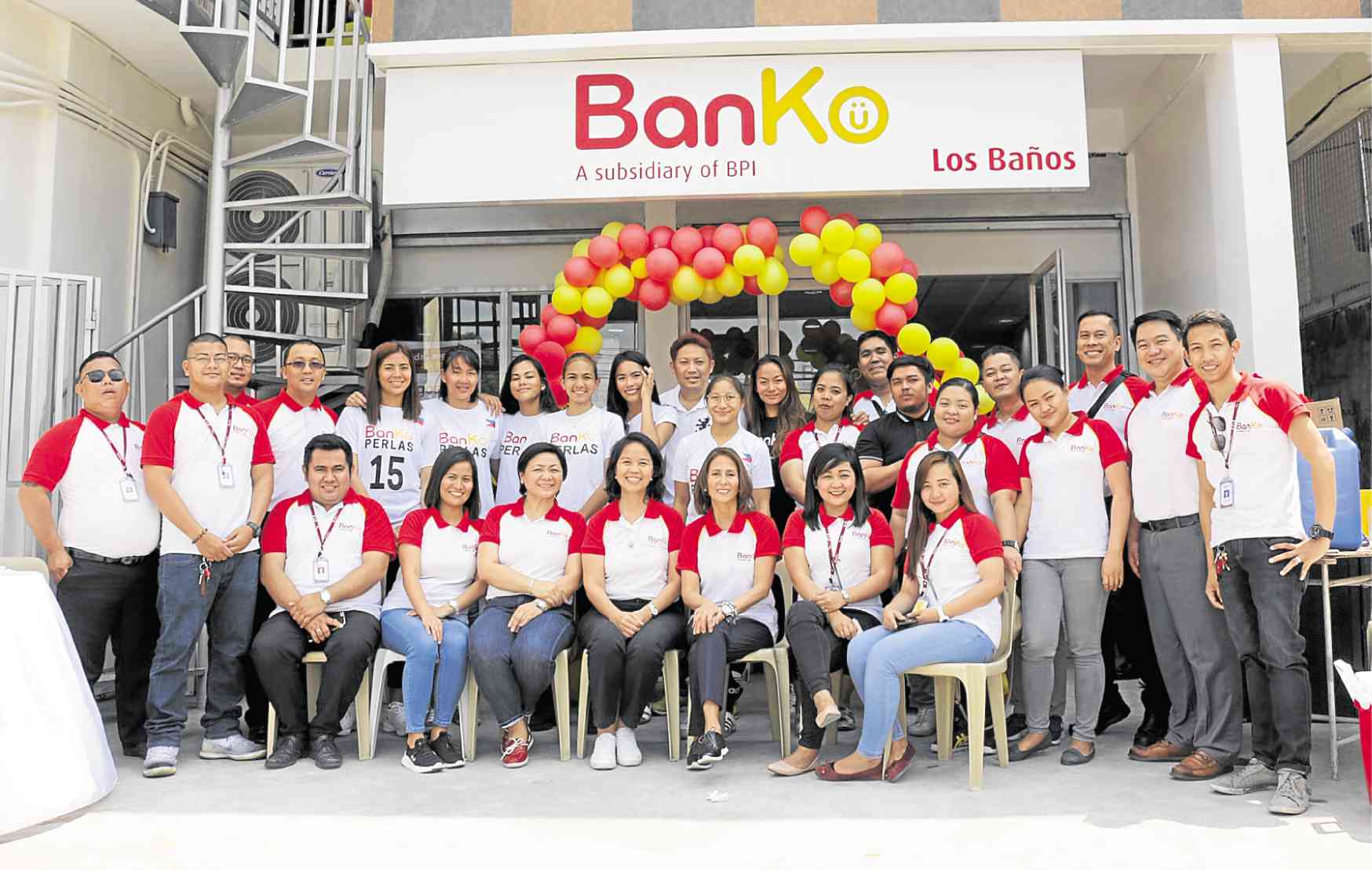 LOS BAÑOS, LAGUNA—Demosthenes Nuñez, 34, has been in the United States for over a decade.

He works two to three jobs in the service sector in casinos and hotels, with part-time jobs on the side. He said he wanted to earn big and save up fast so he could come home to the Philippines soon.

“I’m planning to open up a resort there and probably run a business franchise,” said Nuñez, whose family is from this university town in Laguna.

Nuñez is one of the millions of overseas Filipino workers (OFWs) raring to return home to their families.

“We understand that family reintegration [requires the former] OFW to sustain the livelihood and support the needs of his family. Normally, it’s not [through another] employment but with a business [in the Philippines],” said Rod Mabiasen, head of BanKo’s Microenterprise Loans and Branch Network.

“On our part, we want to help them set up their business by providing them with the capital [or] additional funding,” he said.

BanKo is Bank of the Philippine Islands’ (BPI) microfinance subsidiary that caters to small or self-employed microentrepreneurs (SEMEs).

Since its launch in 2017, BanKo has provided P3.3 billion worth of loans to 45,240 clients, most of them market stall vendors and bakery or “sari-sari” (variety) store owners.

BPI has opened 200 BanKo branches in key areas such as the cities of Tuguegarao, Masbate and San Carlos. Its latest branch was opened in this town on March 12.

It plans to open 100 more branches this year and expand its coverage to include vegetable farmers, Mabiasen said.

One of these borrowers is Nenita Mamaril, a cassava cake vendor, who availed herself of BanKo’s loan program to refurbish her store in Laguna.

“It’s almost twice lower than [the interest rates] currently offered in microfinance,” Mabiasen said, as most microlending schemes by cooperatives and nongovernment organizations charge an interest of 3.5 to 4.5 a month.

Most people, he said, still rely on informal lenders or loan sharks. They may release the money sooner, but they do charge a hefty 20 percent a month.

Informal lending does not provide security to borrowers and those offering loans do not pay taxes.

According to the 2017 Financial Inclusion Survey of the BSP, 52.8 million adults, out of 68.6 million, are “unbanked” or do not have deposit accounts.

BanKo chair Simon Paterno said they wanted to promote a “culture of saving” and teach financial literacy among Filipinos.

BanKo, he said, offers collateral-free loans (for P100,000 and below loan packages) and requires basically just government permits from borrowers.

“We’ve made [microlending] easier and faster,” he said.

“I think it’s better than borrowing from loan sharks who put too much interest that you don’t earn anymore [from your business],” Nuñez said.

“If [one] could earn like P20,000 a month there, I think that’s good enough than working as househelpers abroad. At least, they get to stay with their families,” he added.

According to Jerome Minglana, BanKo president, BPI is so far the only one among local banking giants that has ventured into microlending.

“It is a big bet, a big risk that BPI is taking to be more relevant to the nation,” Minglana said.