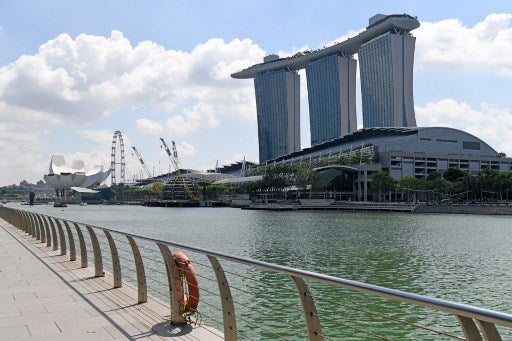 SINGAPORE — A major casino resort on Singapore’s waterfront is to get a $3.3 billion expansion, including a new tower featuring luxury rooms and a 15,000-seat arena, its owner said.

Marina Bay Sands, with its three towers and boat-shaped top level, is one of the best-known buildings in the city-state and a major tourist attraction.

READ: Top 10 Tourist Destinations In The World For 2019

Since opening in 2010, the resort has attracted over 330 million visitors, and is part of a strategy by the government to draw more tourists to the city.

Owner Las Vegas Sands, which also operates casinos in the US and Macau, said Wednesday it had struck an agreement with the Singapore government for the Sg$4.5 billion ($3.3 billion) expansion.

The new hotel tower will feature around 1,000 rooms, all suites, as well as a rooftop swimming pool and restaurant. It will also feature ballrooms and exhibition halls.

The new arena is aimed at attracting top performers from around the world.

Las Vegas Sands gave no timeline for the project.

Singapore’s second casino operator, Resorts World Sentosa, will also invest Sg$4.5 billion in a major overhaul. This will include adding extra attractions at the Universal Studios theme park and an expansion to an aquarium.

The government said it had also agreed to allow both resorts to slightly expand their casino space.

In a bid to keep the focus on attracting foreign visitors, authorities said the casino entry fee for Singaporeans and permanent residents would be raised by 50 percent to Sg$150. Entry is free for tourists.

The expansion will create up to 5,000 new jobs in the country of 5.6 million, the government said. Singapore attracted a record 18.5 million visitors in 2018.